For Drinks and More, the Waldorf Astoria Harvests Its Own Honey

At the iconic hotel, guests can get buzzed on rooftop honey. 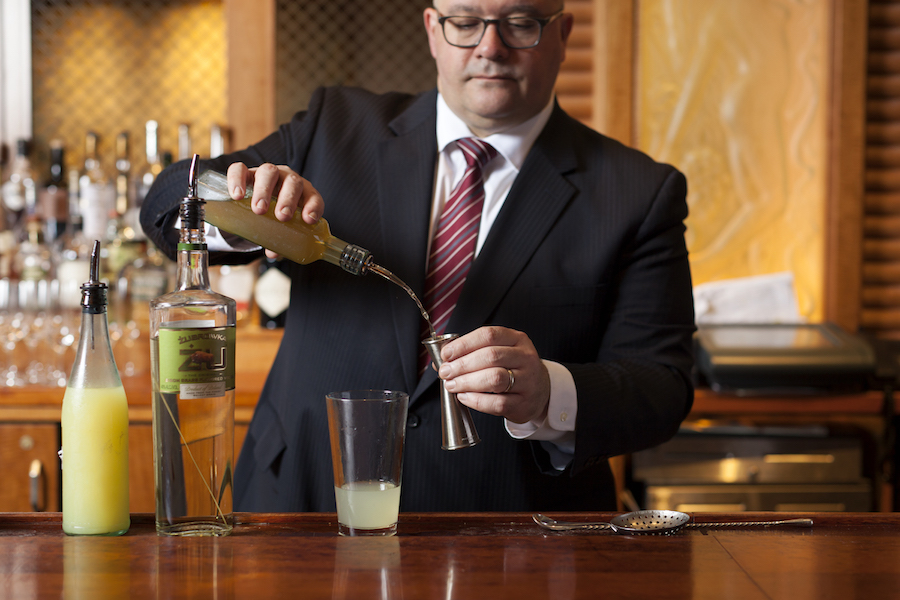 The Waldorf Astoria makes an effort to include the honey as a special item throughout the hotel.

Want to feel like the queen bee? You’ll get a royal buzz sipping a cocktail in the Waldorf Astoria’s Peacock Alley Bar and Lounge—kissed with honey from the hotel’s own roof.

While the Waldorf has famously hosted royalty through its long history, it’s now permanent home to 360,000 bees in six beehives on the 20th-floor rooftop. Together they yield more than 400 pounds of honey annually—and like the best of us, it often finds its way to the bar. Waldorf’s venerable house mixologist, Frank Caiafa, uses the honey in a hive’s worth of honey-kissed cocktails.

“Guests love the idea that the hotel has a rooftop garden with beehives in the middle of the city,” says Caiafa, who celebrates his 11th anniversary as the hotel’s mixologist this year. “Honey provides a depth of flavor that regular simple syrup lacks. It delivers more than just the sugar component but enhances the cocktail for a much richer result.” 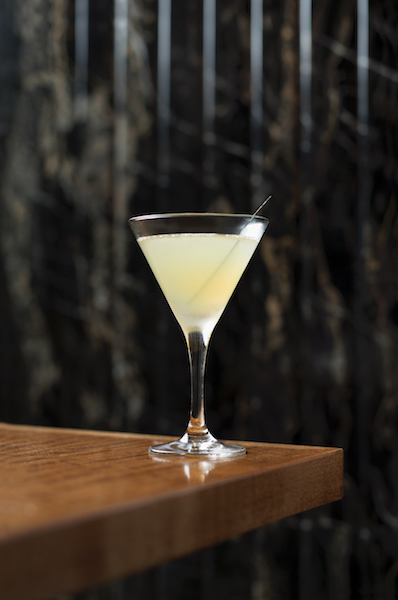 Named for New York’s own Walt Whitman, the Leaves of Grass cocktail shakes up the sweet stuff with Bison Grass Vodka and “the complex, toffee profile of a 10-year-old Port,” says Caiafa. “The lemon brings just enough zip, and the honey ties it together by adding a tactile weight to the entire offering.” The cocktail is served in the late spring, summer and fall.

The Wax Poetic, a simple twist on the classic Bee’s Knees cocktail, stars gin and “makes for a completely unique cocktail,” says Caiafa. “The honey syrup adds not only a depth of flavor while pairing well with the other ingredients but a noticeable viscosity on the palate, which results in its long finish.” This one is served in the late spring and summer.

Andrew Coté, head of the New York City Beekeepers Association—and general bee-man about town—checks the hives weekly to ensure the bees are healthy and happy. Executive chef David Garcelon and two of his team are also trained in beekeeping and work closely with Coté. And George Pisegna of the Horticultural Society of New York drops by regularly to make sure the rooftop garden is flourishing, giving the bees plenty of on-site pollen and nectar. Of course they also busily zoom out to nearby flowering trees, window boxes and Central Park.

The landmark Waldorf hotel uses the rooftop honey in some of its restaurants’ menus, including Bull & Bear Steakhouse and the new upscale Chinese spot, La Chine. Even the Guerlain Spa on the 19th floor of the Waldorf Towers makes use of the honey in its Milk, Haute Honey and Rooftop Herbs mani/pedi treatments.

“We make an effort to include the honey as a special item throughout the hotel,” says Caiafa. Bonus: Some of the hotel’s guest rooms even have views of the hives.