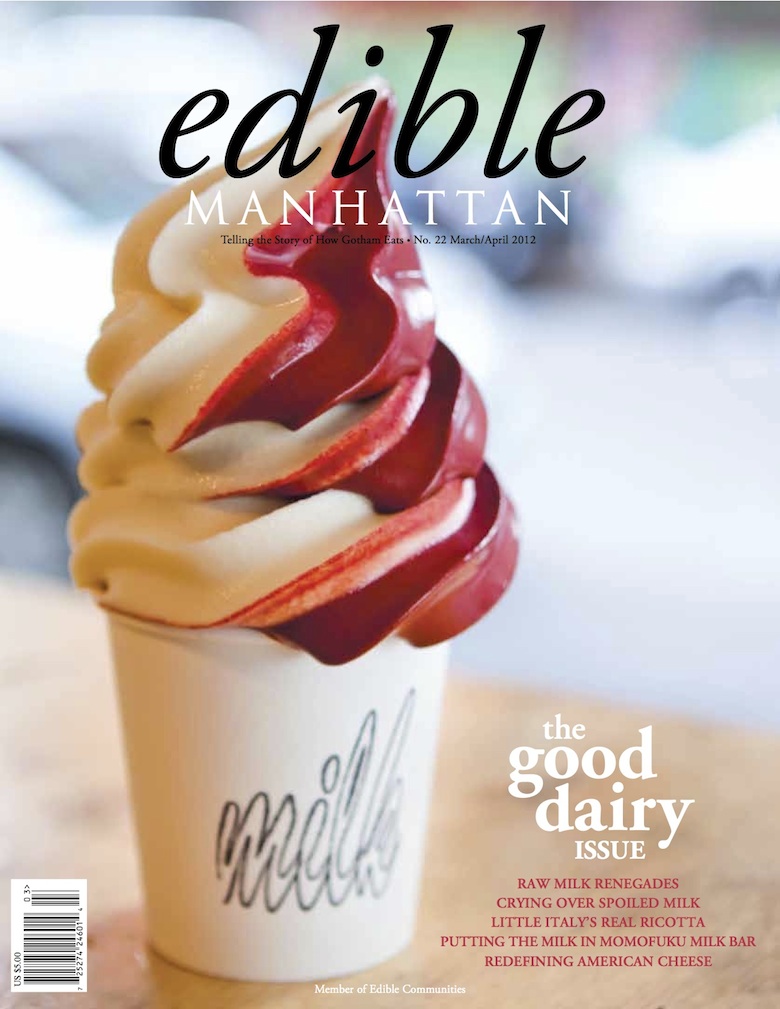 Some locavores seem like Luddites. As a recent Portlandia episode made plain, all this seeding, weeding, canning and curing feels like a throwback to the ’90s—the 1890s. Given the bad news about today’s food system, it’s little wonder some of us want to swap our Kindle Fire for some kindling.

You might expect to find that where’s-my-time-machine approach in our first-ever dairy issue, and a quick amble through our pages indeed reveals antique breeds, raw milk, hand-churned butter, even a cowbell. But look more closely and you’ll find that, overall, the makers and mongers we profile aren’t reviving forgotten traditions. They’re building something entirely new.

While much of the food revolution aims to restore our country’s pastoral past, dairy is different. Artisan cheese is new to our nation. If Edible had European cousins, those publications could profile generations of Gruyère, centuries of Stilton, millennia of Manchego. But the phrase “American cheese” conjures up a processed product that looks and tastes plastic. Some artisans are trying to change that, not by turning back the clock, but by starting from scratch.

Miles Cahn was one such trailblazer: In the early ’80s, when the Manhattanite set out to make chèvre, domestic demand was approximately nil. And in fat-phobic 1991, when Rob Kaufelt bought an Italian bodega called Murray’s Cheese and began building a spectacular selection of Goudas and Gorgonzolas, people thought he was out of his rind.

But today, goat cheese is nearly as common as corn bread, and Kaufelt doesn’t just sell New Yorkers 800,000 pounds of cheese a year—he’s also training the next generation of mongers.

That crew includes Anne Saxelby, who has become a phenomenon stocking nothing but artisan cheese made east of the Mississippi. Her mission would have been impossible even a few years back—only half the producers she works with existed a decade ago.

Of course, it’s not all blue ribbons and buttercups. One of this issue’s heroes is an ingenious young farmer named Dante Hesse, who threw out the rule book—he raised an unpopular breed of cows, fed them fresh grass, bottled the milk himself, even improvised an investment system hailed on NPR . It went so well that he became the beloved sole supplier to Momofuku Milk Bar—until crushing debt forced him to shut down in January.

He was ahead of his time, but others like him are finding firm footing. From Icelandic yogurt in TriBeCa to serious grilled cheese in East Harlem, entrepreneurs and innovators are building something wonderful out of thin air, and you aid them, dear reader, with every bite you take.
So I propose a (piece of cheese-covered) toast. Not to the past, but to the future. It’s delicious.