An evangelist for vertical farms. 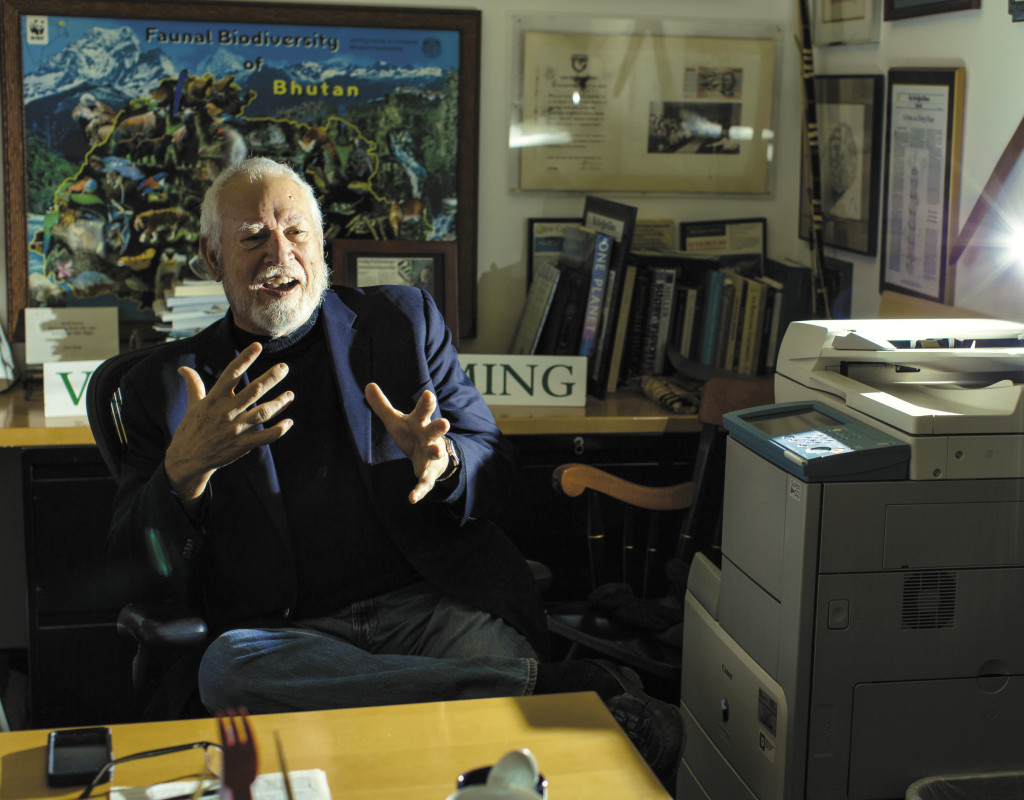 Wrong, says Dickson Despommier, whose unconventional ideas are now bearing fruit (literally) across the United States and around the world. No, he agrees, there’s not enough space — on the ground. But the people in Manhattan don’t have to live on the ground — and most don’t. Why, he asks, do we think plants have to?

Despommier — a microbiologist and for 38 years a professor at Columbia University’s Mailman School of Public Health — has been working with his students to hone these ideas since 1999. A decade later, he retired from Columbia and published The Vertical Farm: Feeding the World in the 21st Century.

Now he’s a full-time evangelist for vertical farming: growing floor upon floor of food indoors, protected from pests, drought and the vagaries of global warming. “The weather is crazy everywhere,” he says. In 2012, he notes, the United States lost 50 percent of its grain crops to drought. “And we’re heading that way again.”

Architects have jumped on the idea: If you search the web for images of vertical farming, you’ll see dozens of enticing drawings of skyscrapers covered with plants. While that’s the goal, Despommier says, we’re not there yet. Right now the world’s tallest vertical farm, in Chicago, is just three stories high. “Skyscrapers are the end-game,” Despommier says. “But you’d be stupid to try them now  —you’d lose your shirt.”

So no farms in skyscrapers — yet. But the whole idea of farming indoors is spreading fast. Despommier has appeared everywhere from TEDx to The Colbert Report, and his willingness to go talk to anyone who’ll listen has earned him disciples everywhere from the arid Western U.S. to the Middle East to Japan and Korea. (In Japan, one farmer is even growing rice indoors.) And these farmers are making money. 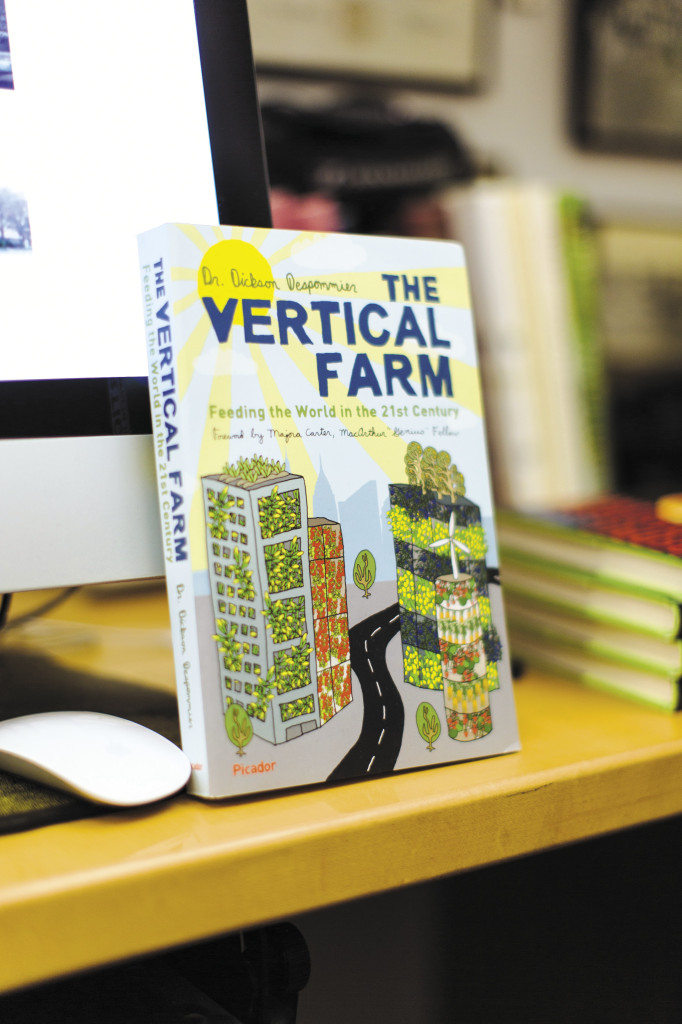 Intuitively, that makes no sense. On an outdoor farm, you may not control the sunshine or rain, but they’re free; you just dig up the soil and plant your seeds. Can’t do that indoors. Indeed, these huge indoor farms have no soil; they grow everything hydroponically, in fertilizer-laced water. So the farmers have to build something that looks like it belongs in The Matrix: a plant factory, with trays for the plants and pumps and pipes for the water. They also have to heat the space in winter, cool it in summer and light it all year round.

Isn’t that expensive? Doesn’t it take a lot of energy? What about greenhouse gases? And what happens to all that fertilizer-laced water, anyway? Doesn’t it overload the city’s sewage system? Aren’t we creating a post-apocalyptic dystopia here?

Absolutely not, Despommier says. Not only does an indoor farm use 70 percent less water than an outdoor one, it reuses it. Over and over.

“If you farm tomatoes,” he says, “the only water you lose is the water that leaves inside the tomatoes.” Same with the fertilizer (which in most of these indoor farms is organic). Since pests can’t get in, he points out, there is no need for pesticides and no pesticide residues to worry about.

Increasingly, heating and lighting are provided by on-site anaerobic digestion of all those plant residues. And when it comes to cooling, the plants do a better job than any air-conditioning unit. In one huge indoor farm in Tucson, Arizona, water evaporating off leaf surfaces keeps the temperature below 85 degrees year-round.

Despommier says the result is an economically efficient, virtually waste-free farm that can grow just about anything, including grains — and grow it just a few miles (and an elevator ride) away from the people who are going to buy and eat it. It may be more expensive to set up than a conventional farm (though conventional farming, too, is going more and more high-tech). But once built, he says, it’s a lot more efficient — and a lot better for the planet.

Despommier’s ideas are even taking off in New York (though not yet in Manhattan). So far, New York’s “vertical farms” aren’t actually vertical — they’re one-level rooftop operations. But Despommier thinks that’s going to change.

“If the greed factor holds — and it should,” he says, these farms will want to grow. And in New York City, the easiest way to grow is up.

Skeptical? A cartoon video about vertical farming – and Despommier’s Colbert clip – might convince you. Watch both here.