The Value of Vintage: 7 Cookbook Picks from Bonnie Slotnick

The inventory on her shelves changes every single day, which is reason enough to come back for regular visits. 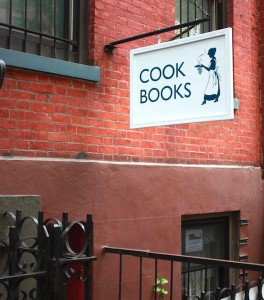 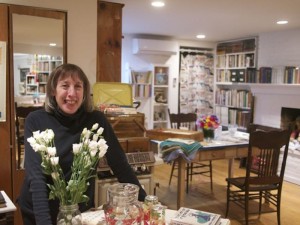 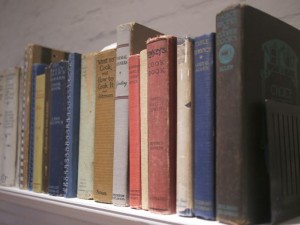 In November 2014, New York received the heartbreaking news that Bonnie Slotnick had lost her lease and was closing her vintage cookbook store after 15 years in the West Village. I loved visiting her shop, so I, along with many other New Yorkers, experienced those all too familiar feelings of sadness, anger and longing when a beloved institution closes.

Bonnie Slotnick’s story, however, has a happier ending.

There was an outpouring of support after she announced her closing, which miraculously included an offer from sister and brother Margo and Garth Johnston to move into their building. They offered her an affordable 10-year lease on East 2nd Street and Second Avenue. Bonnie quietly reopened at this location in late February, and the new shop is both cozy and has much more elbowroom than her old space.

Because she sells vintage cookbooks, Bonnie generally has only one copy of each book on hand. The nature of her business also means that the inventory on her shelves changes every single day, which is reason enough to come back for regular visits. (I saw three copies of one cookbook one day, and someone had purchased all of them by the time I returned a week later. Don’t let that happen to you.)

I daresay you can probably find these cookbooks online, but that is no substitute for visiting her brick-and-mortar location. “Finding a recipe or a cookbook online and going to a cookbook store are two completely different things,” says Bonnie. You can get her expert advice and guidance, for starters, and stumble upon unexpected finds like a grab bag of magazine clippings shuffled with handwritten recipes from home cooks (one four-inch-high stack costs a mere five bucks).

And if the prospect of exploring vintage titles piques your interest, then you can join Bonnie this Saturday, June 20, from 1:00 to 3:00 p.m. at Jimmy’s No. 43 for a vintage cookbook cook-off and potluck (more info here). The neighborhood beer bar will serve up recipes from books found in Bonnie’s store and continue their #EastVillageLove campaign that they launched after the March explosion. Proceeds from the event will also benefit Slow Food NYC.

We recently asked Bonnie to share a few of her cookbook picks that illustrate the value of shopping for vintage titles — see her selections below. Have a notable read that you’ve found at her shop? Let us know by leaving a comment.

1. The Roman Cookery of Apicius, translated and adapted by John Edwards (1984)
Some cookbooks allow you to time-travel. Re-create a Roman feast in your New York apartment with 2,000-year-old dishes like “Peas Indigo with Squid in White Wine” or “Steamed Fish Custard.”

2. Lüchow’s German Cookbook by Jan Mitchell (1952)
Other cookbooks tell a good story. With this title, you can reminisce about New York’s beloved German eatery that served sauerbraten and frothy beers to New York’s great entertainers and musicians for over 100 years. An old recipe written in paragraph form may be frustrating if you are used to modern formats, but “[when] you have to read and study an entire recipe before you even take the first step,” says Bonnie, “you develop a deeper understanding of the process of making a dish and the unique story it holds.”

4. Colonial Everyday Cookery: Containing 930 Carefully Selected and Tested Recipes (c. 1900)
Your cookbook soul mate may have lived long ago and left their thoughts and tips in neat handwriting in the margin of a favorite recipe. Whoever owned the copy of this book of English dishes from colonial New Zealand left a complete and meticulously handwritten recipe for rhubarb blancmange on the back pages, as well as telltale stains next to a recipe for banana pudding.

5. Be an Artist at the Gas Range: Successful Recipes by “The Mystery Chef” (1936)
Bonnie has a soft spot for cooking-related ephemera. You can search through boxes filled with pamphlets like this one — the Mystery Chef was a radio and TV personality and cookbook author named John MacPherson — as well as magazines recipes, food and appliance company pamphlets and vintage cooking calendars. Soft cover brochures from the 1970s show you how to make a frosted bunny sheet cake, and you can find inspiration for your holiday cookies from 1940s inserts.

6. The Bon Vivant’s Companion or How to Mix Drinks by Professor Jerry Thomas (1928 reprint, edited by Herbert Asbury)
Of course vintage cookbooks aren’t limited to food. Countless cocktails are lost to the ages as trends and preferences come and go. When’s the last (or first) time you tried some of the cocktails from this book including Brandy Daisies, Roman Punch and Hot Egg Nog?

7. A Taste of Sun & Fire: Gaziantep Cookery by Aylin Oney Tan (2012)
A great way to school yourself about a particular culture is simply by cooking its food. This book isn’t exactly vintage, but it is an instant classic for Turkish food lovers. Read it to learn about the complexities and pleasures of the Syrian-influenced cuisine of Gaziantep, an ancient city in southeast Turkey.