From Auction Block to Chopping Block: Vegetables at Sotheby’s 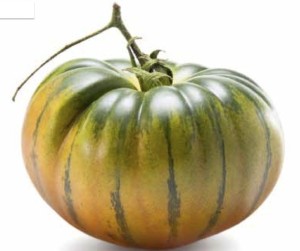 Since opening its doors in 1744, Sotheby’s has sold royal rubies, Rothkos and even Rockwell’s Rosie the Riveter on the auction block. But September 23 will be the first time bidders at the luxury auction house will have their chance with tomatoes and squash.  As part of Eat Drink Local week (a delicious lineup of events coproduced by all the Edible magazines in the Empire State and GrowNYC), Sotheby’s is hosting a Tri-State Heirloom Vegetable auction “to celebrate edible heirlooms and the art involved in their creation.” More than 30 farms from New York, Connecticut and New Jersey are participating by growing heirloom vegetables like Lady Godiva squash, pink banana pumpkins and Winningstadt cabbage for the evening’s edible auction, which is called “the Art of Farming.”

Bidding on bounty was the brainchild of Brent Ridge of 1802 Beekman Farm. Ridge, the former VP of Healthy Living at Martha Stewart Living, and his partner, Josh Kilmer-Purcell, gave up city life to become gentlemen goat farmers upstate. (The story of their transformation is the subject of the Planet Green show The Fabulous Beekman Boys.) In addition to goats, the farm raises heirloom produce beauties like black cherry tomatoes, purple pod beans and Queen Anne’s pocket melons.

“I was at a birthday party in the city and was talking to a woman sitting next to me about our vegetables and she had heard of heirloom tomatoes but had no idea that there were other heirloom vegetables,” recalls Ridge. When he suggested an event to raise awareness about the newly discovered old varieties, the woman, who turned out to be Amy Todd Middleton, Sotheby’s worldwide director of marketing, said, “What about an auction?” The pair brought Liz Neumark from Great Performances and Katchkie Farm onboard and, with seeds donated by Seed Savers Exchange and Landreth Seeds, farmers across the tristate area got busy growing striped toga eggplants, red-speckled Forellenschluss lettuce and Green Zebra tomatoes for the auction block. On September 23, crates of these rare gems will go to the highest bidders, be they Gotham chefs or grocers—and some will feed the hungry.  Proceeds from the auction (and from the cocktail party and gala that follow) will benefit GrowNYC’s Farmer Development Project, which helps immigrants establish local farms, as well as the Sylvia Center at Katchkie Farm, which teaches children about healthy eating and farming.

“It’s so important to bring attention to these heirlooms,” says farmer Erich McEnroe. He already grows Green Zebras on his family’s 800-acre organic McEnroe Farm in Millertown, New York, so he chose Black Sea Man tomatoes (“a really amazing, dramatic black tomato”) and Turkish Orange Eggplant to grow for the auction. “They are really unique. Orange stripes on a redorange background.” Sounds prettier than a Picasso.