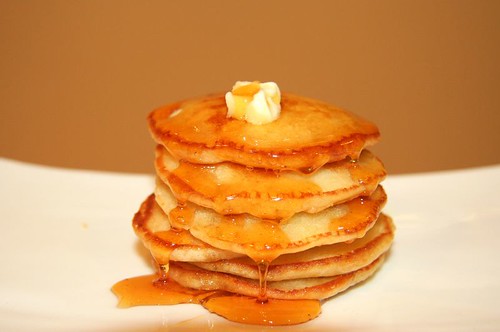 Pancake breakfast! Photo from Amelia PS via Flickr, who shares her recipe, though we recommend you sub in local grains for extra goodness, in so many ways.

We’ll be brief about this now, but expect much more on this later: GrowNYC — the nonprofit behind the Greenmarkets — has literally just announced its first-ever grains week, to run from the 14th through the 2st. To find out why we’re so excited about a whole week to promote freekeh and wheat berries and cornmeal and spelt — beyond the fact that there will be a PANCAKE BREAKFAST at the New Amsterdam Market on the 21st, plus rye bread Scandi sandwiches there on the 14th — just read this in depth article on local grains called “Breadwinners,” and this post on Upstate grain farmer cooperative Cayuga Pure Organics, and hell, this one on the magic of cornmeal, too.