For her master’s thesis, Maya Weinstein settled on a sticky subject. 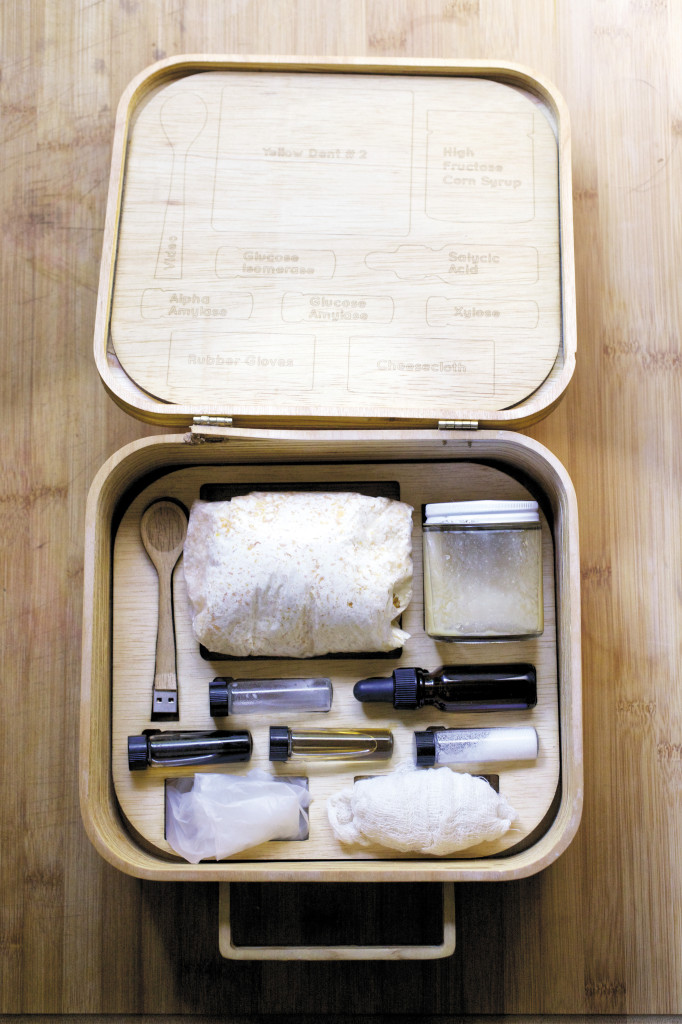 Prior to grad school at Parsons, Maya Weinstein’s mediums included fine art photography and digital collage. But for her master’s thesis she settled on a stickier subject: high-fructose corn syrup.

“There are a lot of videos and articles on the web that talk about how scary and bad HFCS is for you, but there’s not really any information about what it actually is or how it’s made,” says Weinstein, a recent graduate of the School of Art, Media and Technology at Parsons the New School for Design. “I saw a void there that I wanted to fill.” 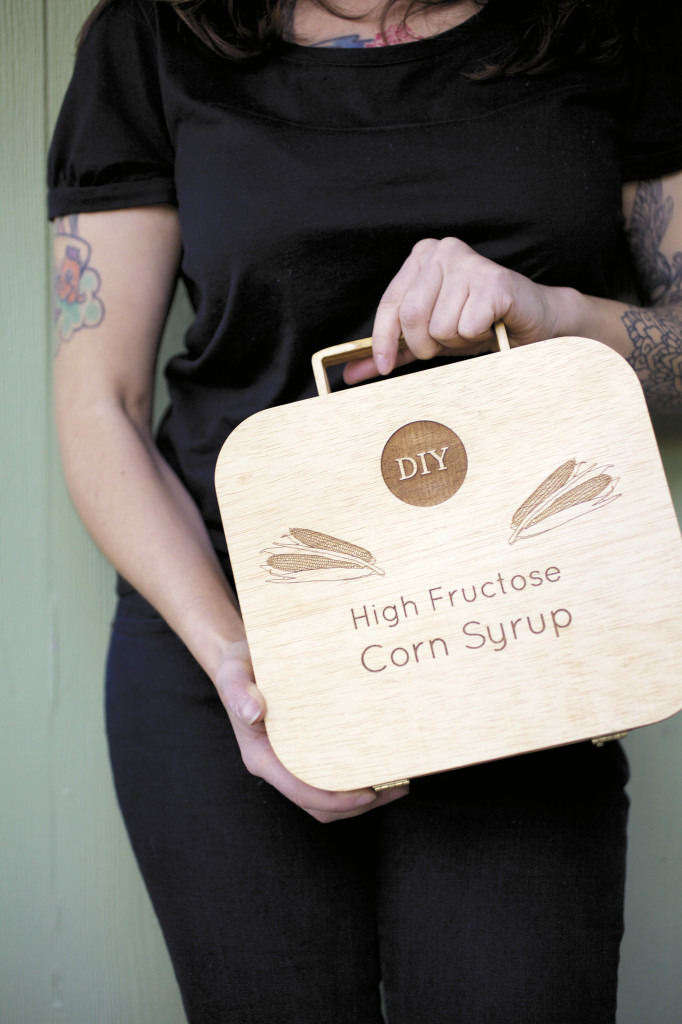 So, for class credit, she set out to reverse engineer the secret ingredient to the industrialized food system’s success — found in processed foods from Oreos to Capri Sun to Stove Top Stuffing. By deconstructing the formula and sharing a DIY recipe, she hoped to gain insight into its mysterious, mechanized origins. As an artist, she knew she had to get her hands on it to understand it, and she wanted to help others do the same — complete with a video that looks like Rachael Ray in a post-apocalyptic 2114 kitchen.

“I was attracted to the idea of this being a type of cooking show for a new era of food,” says Weinstein. “There’s a kind of dichotomy in making something as industrialized and processed as high-fructose corn syrup at home and filming it like a home movie for cooks.” 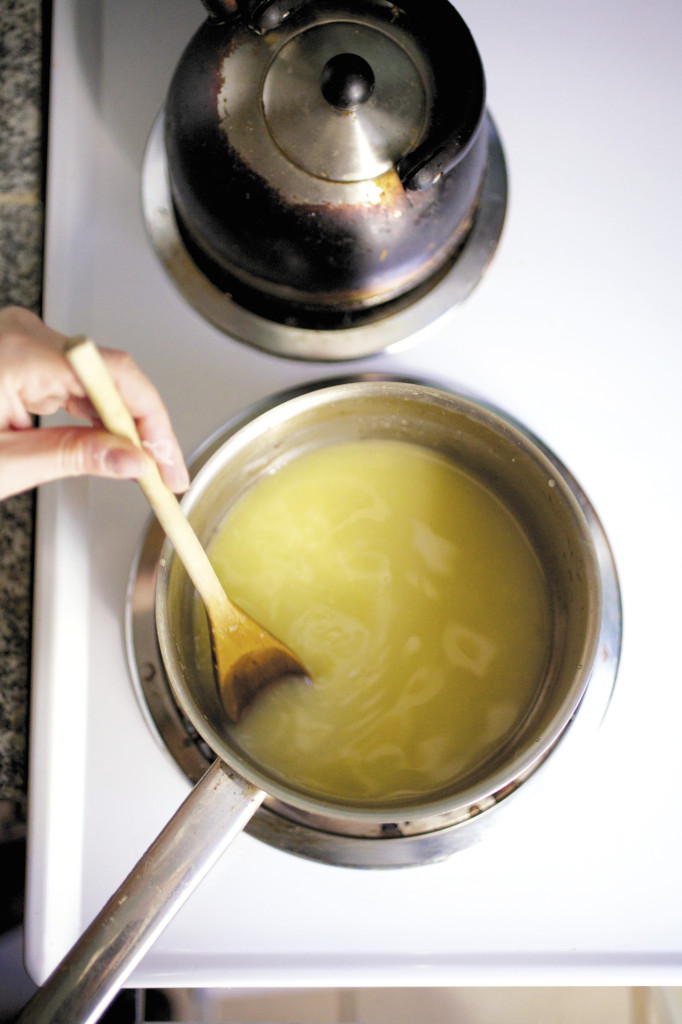 But first, she needed a recipe. Googling was useless, as was calling industrial corn refineries. Remembering a scene in King Corn in which filmmakers Ian Cheney and Curt Ellis concoct the sickeningly sweet syrup from their own Iowa crop, she dialed the duo, who were happy to help.

But where to source alpha-amylase, a protein enzyme essential to the mix? The trail led her to university chemists in North Carolina, Hampton Research Co. and several brewing companies. With her unorthodox mise en place, she began cooking — if you can call it that.

“The hardest part was sourcing ingredients — learning what kinds are for food production versus industrial production, heat ratios, what they do to the corn, figuring out where in the process to add each [ingredient] and how.” 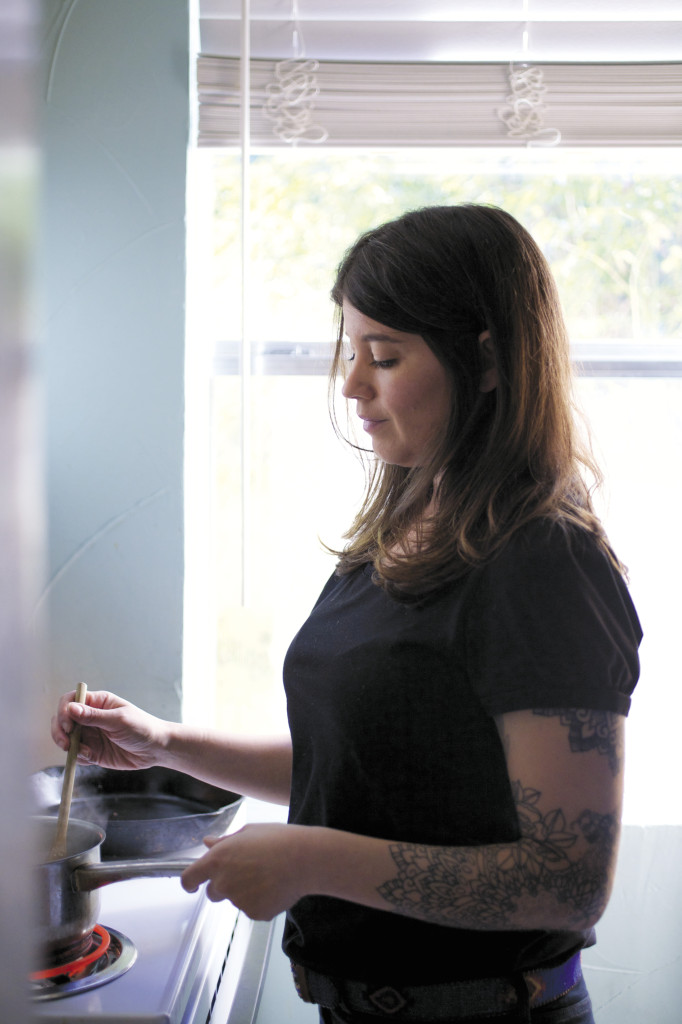 Quickly the project turned into an intense set of chemistry questions. But when she finally worked it out, she took a cue from the Food Network to show folks at home how they, too, can whip up some HFCS, just like Mom never used to make.

Her performance is so deadpan, one wonders: If glucose isomerase is stirred in by hand, instead of by a machine hidden by the barricades of the industrialized food complex, does the human touch make it any healthier?

For those brave enough to try this trick of the trade at home, Weinstein developed a prototype of a DIY HFCS kit.

But the strange fruits of her own labor now sit untouched on a shelf in her refrigerator. Since graduating last May, Weinstein’s developed a corn allergy.

Want to see it all in action? Watch Weinstein cook up corn syrup here.