The space will be able to accommodate up to 600 diners, where 14 new shops will offer everything from ahi tuna burgers to dark chocolate tartines with sea salt. 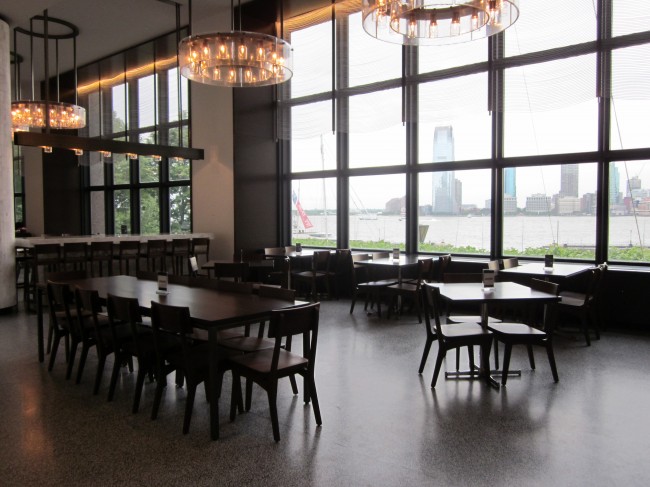 The dining area at Hudson Eats offers sweeping views of the Hudson River and beyond.

Today, June 3rd, Hudson Eats officially opens. It’s a 30,000-square foot food hall located on the south mezzanine of the Winter Garden, part of Brookfield Place, the mall which is currently undergoing a $250 million renovation. The space will be able to accommodate up to 600 diners, where 14 new shops will offer everything from ahi tuna burgers to dark chocolate tartines with sea salt.

Never heard of the Winter Garden? It’s okay if it doesn’t sound terribly familiar, as it’s not normally considered much of a destination unless one works in the area.

The Winter Garden is an atrium located inside of the World Financial Center, an office-retail space on Vesey Street that abuts the Hudson River. While it does boast spectacular views, it’s not exactly considered an exciting place to grab lunch. But, the developers behind Brookfield Place hope to change that with a slew of renovations.

Hudson Eats will provide a good mix of dining options, although definitely leaning more upscale, with Dig Inn Seasonal Market, Little Muenster, Mighty Quinn’s Barbecue, Num Pang Sandwich Shop, Olive’s, Tartinery, Umami Burger, Blue Ribbon Sushi Bar and Sprinkles among the most notable selections. Ubiquitous lunchtime favorites Chop’t and Dos Toros Taqueria will also set up shop there, but perhaps most exciting is the opening of Black Seed Bagels‘ second location — smoked trout, sprouts, and scallion cream cheese on an everything bagel, anyone? Breakfast in the neighborhood will never be the same again.

The new space will bring together some of the city’s most popular fast-casual eateries under one roof — a smart move for attracting tourists, who won’t have to travel all over the city anymore to try some of its trendiest eating destinations.

This is just the first phase of food-centric renovations at Brookfield Place, however. The next phase, a 25,000-square foot marketplace called Le District (think Eataly, but French) will open later this year, and in 2015, the opening of five new restaurants will mark the last phase. 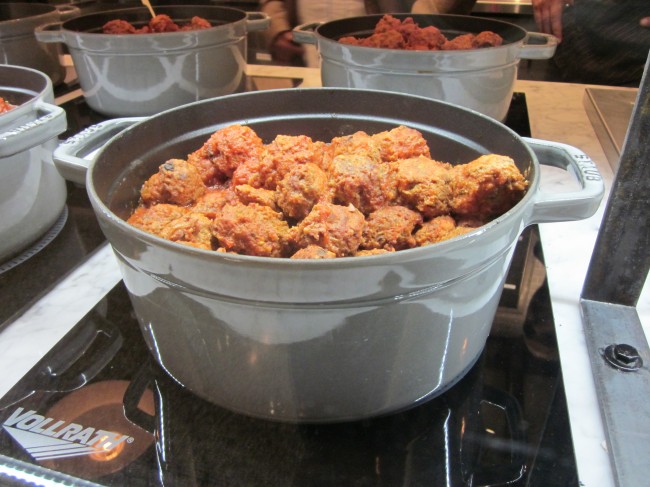 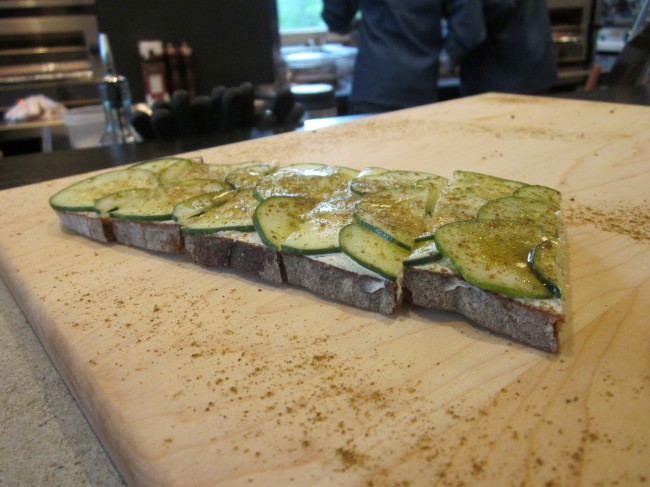 Labne tartine with cucumber and za’atar from Tartinery. 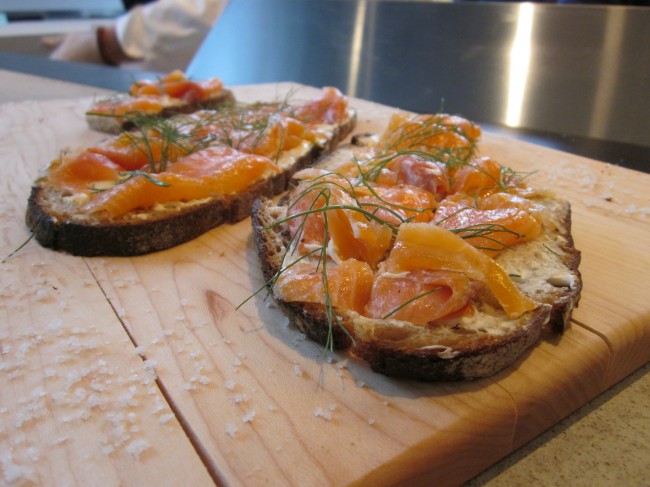 Smoked salmon tartine with crème fraiche and dill from Tartinery. 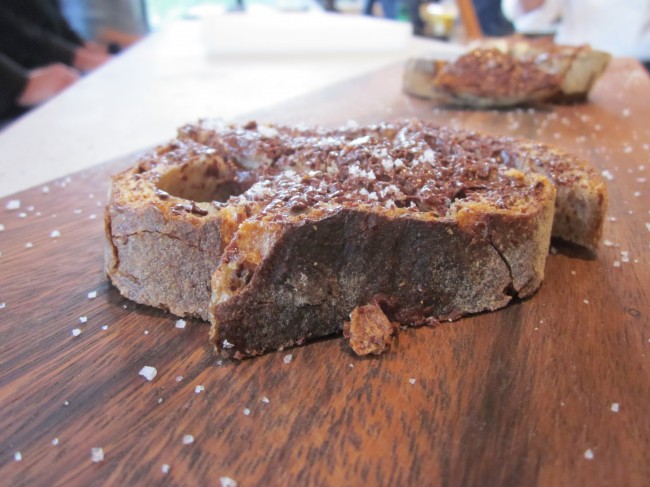 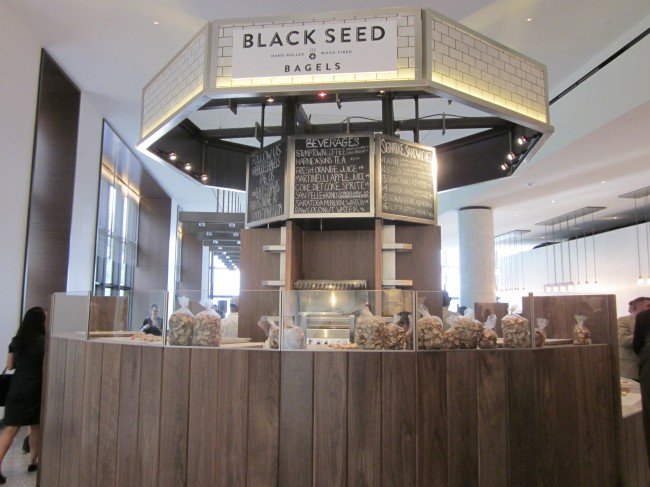 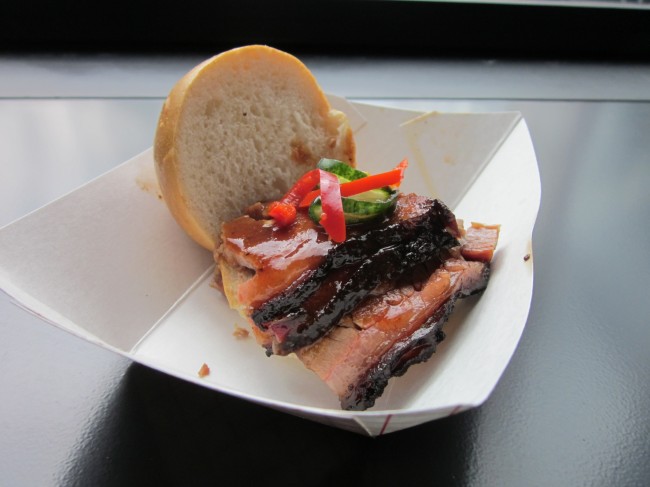 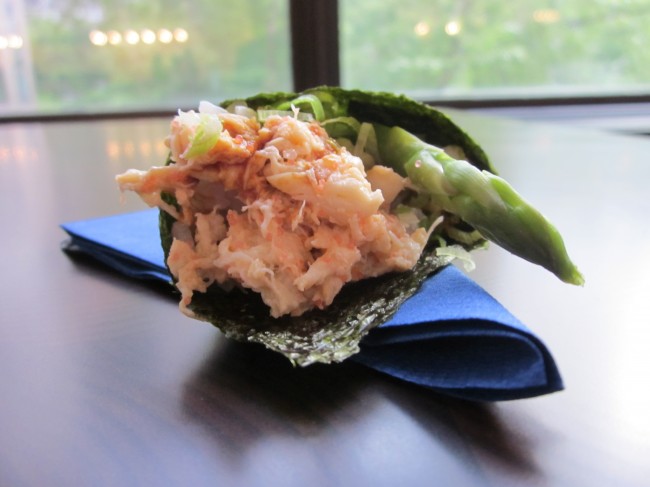 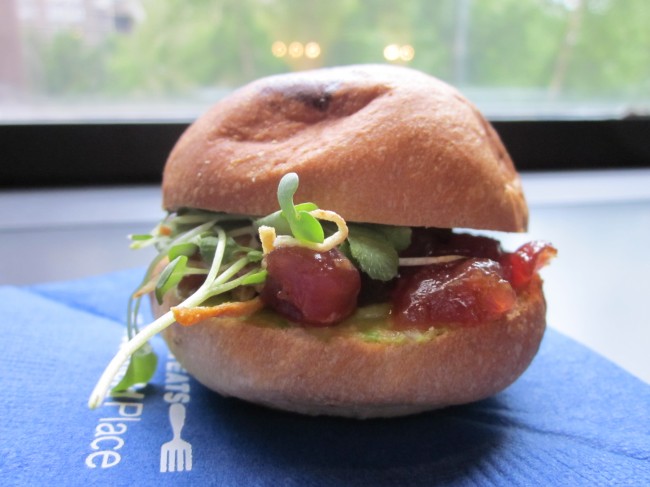