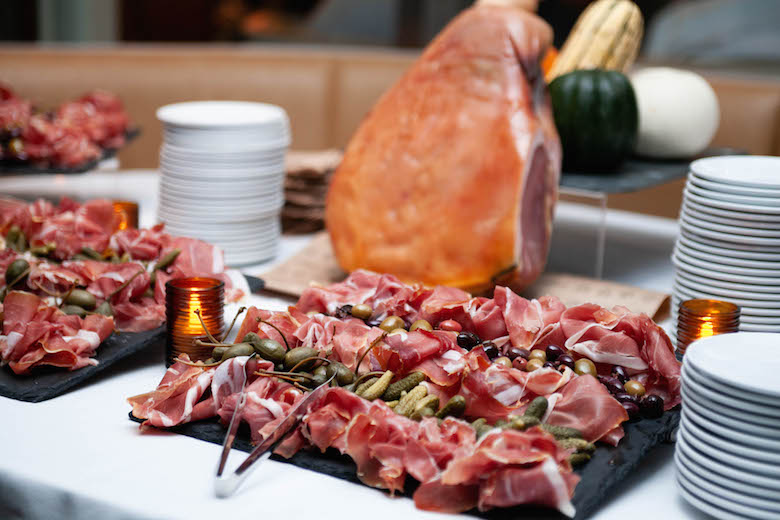 The ham featured in all its glory.

On Tuesday, October 15, over 100 fashionable guests showed up as Bayonne Ham arrived to Manhattan’s financial district for a lovely event at Beaubourg at Le District, downtown’s French food mecca at Brookfield Place.

One of Europe’s most acclaimed hams, and the first French food product to be awarded the Protected Geographical Indication (PGI) in 1998, Bayonne Ham has been served at the tables of historical figures such as King Henri IV and French author Rabelais.

The event itself passed much more quickly than Bayonne Ham’s own production process as guests ate and drank to their heart’s content, mingling with copies of the latest issue of Edible Manhattan in hand to take home. Each ham takes between nine and 12 months to make, with its PGI status ensuring the pigs were born and bred in Southwest France and that all subsequent curing took place within the Adour river basin.

Take a closer look at Bayonne Ham’s event at Le District in the photos shot by Lane Weaver below. 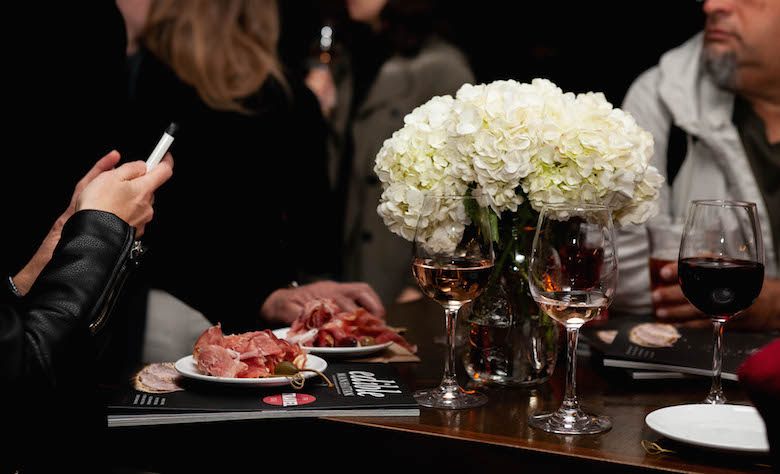 Edible Manhattan at the party. 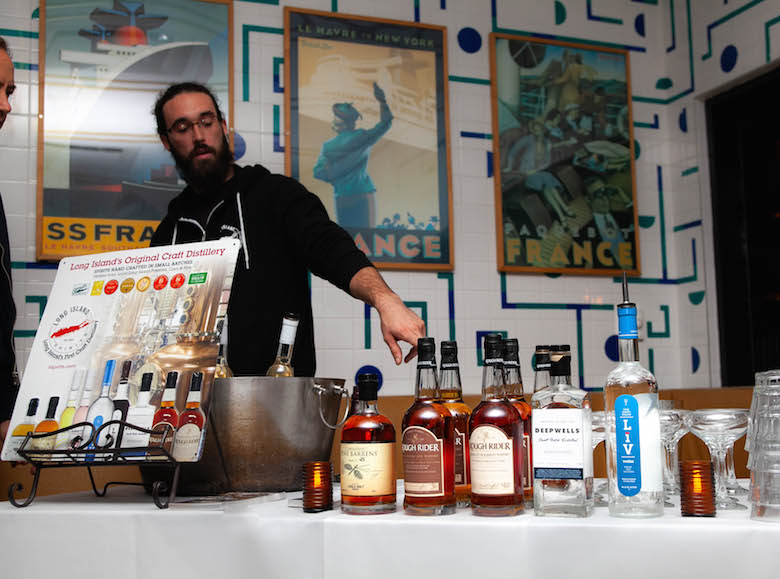 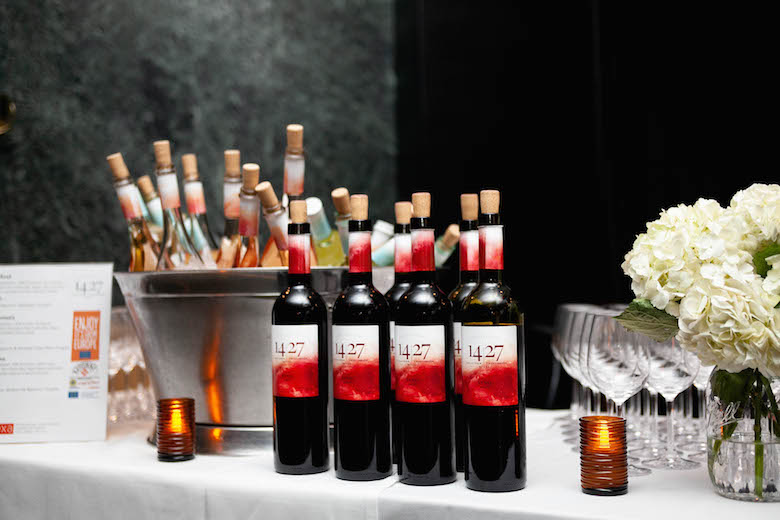 1427 Wines are all organic and made from Greek grape varietals. 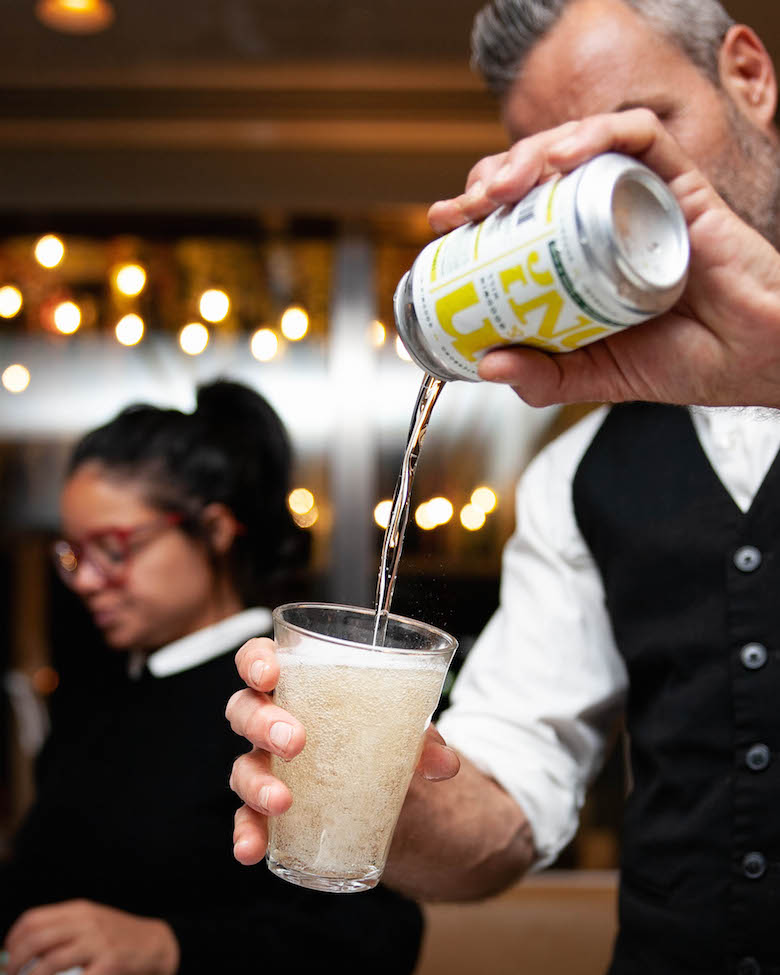 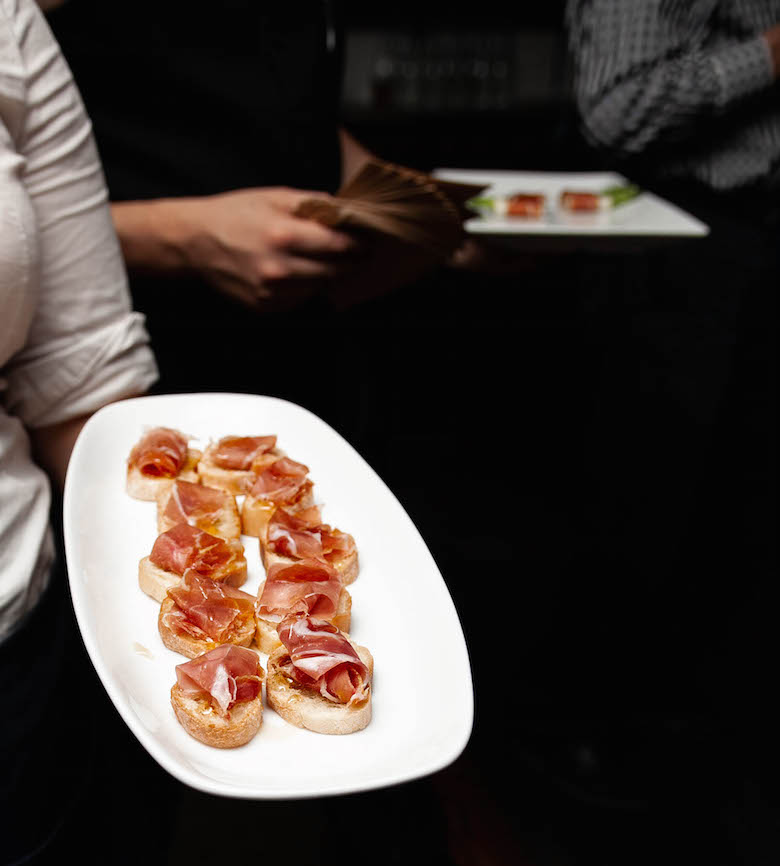 One of the hors d’oeuvres. 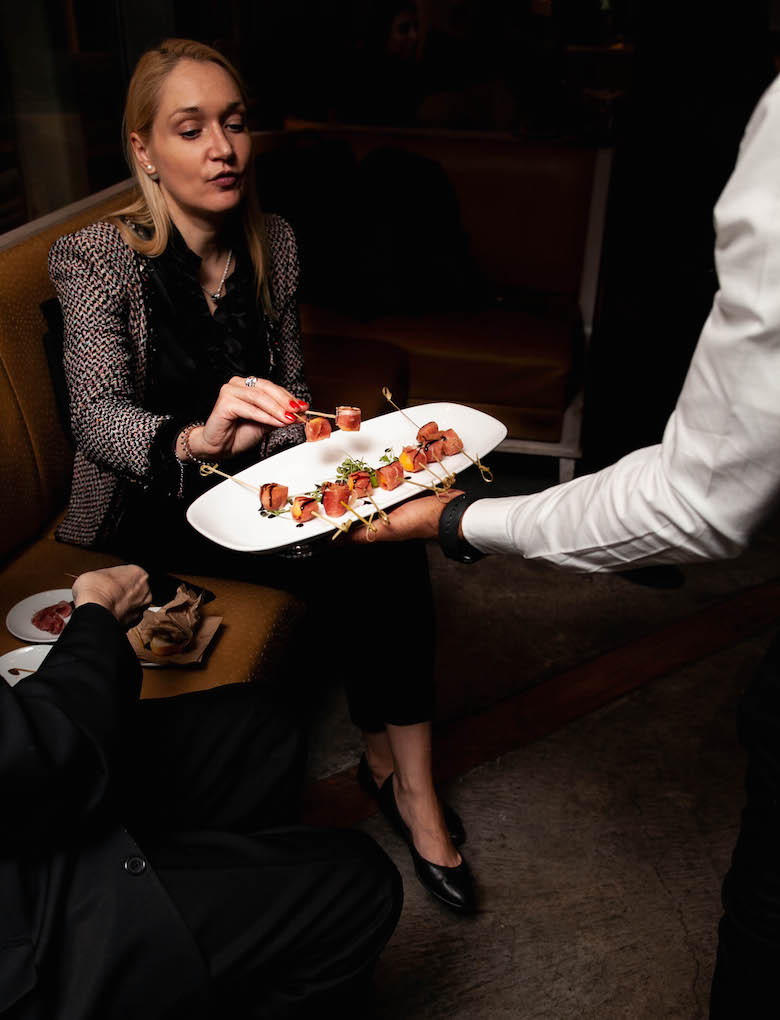 A guest being passed an hors d’oeuvres. 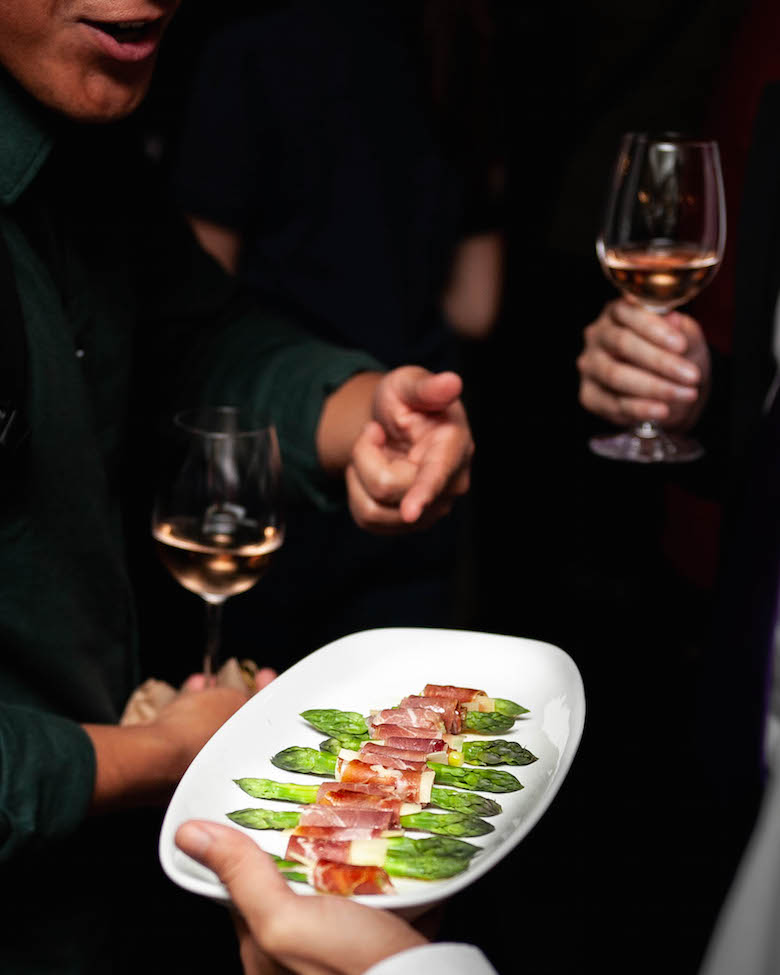