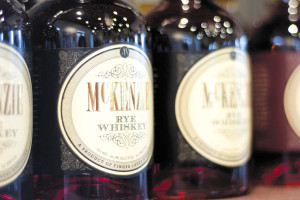 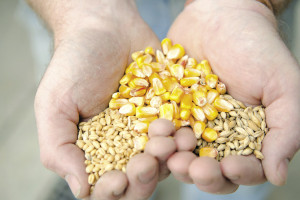 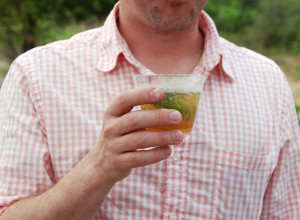 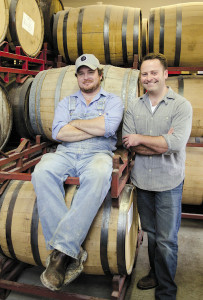 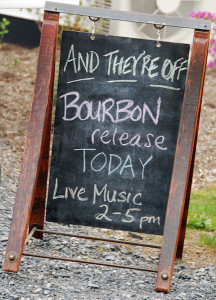 One of the busiest wine trails in the state circles Seneca Lake, where nearly 40 wineries dot just 35 miles of shoreline. Here—30 minutes west of Ithaca, in the lovely land of gorgeous gorges and deep Finger Lakes—locavore drinkers stop to sip the area’s renowned rieslings, gewürztraminers and pinot gris.

But inside a sunny tasting room off Route 414, far stiffer stuff is on offer. One of the state’s first small-batch spirits startups, Finger Lakes Distilling, opened in 2009 to let tasters swirl and sniff and spit its handcrafted McKenzie whiskeys, floral vodkas and fruity liqueurs in raspberry, cherry or blueberry, all made from crops grown in New York State.

The distillery now welcomes 50,000 visitors a year, but it’s not just upstate imbibers who’ve come to know the company. In Manhattan its products are poured at the likes of Eleven Madison Park, Red Cat, ABC Kitchen and Jean Georges, and bought by the bottle at Park Avenue Liquor Shop and Union Square Wine & Spirits.

“Their grappas are beautiful,” says Thomas Smith, spirits director for Union Square. “The gin reminded me of an Austrian gin that I carry from time to time—very textural and playful and earthy.” The Vintner’s Wild Berry Vodka also impresses him (“it’s almost like a berry eau de vie”) and the cassis liqueur is the best he’s ever tried, from the States or from France. Says Smith: “It’s just spot on.”

Just four years ago, however, those bottles existed only in Brian McKenzie’s dreams. As a native of nearby Elmira, McKenzie, now 34, had watched wine tourism bloom since the Seneca Lake Wine Trail was founded in 1986, and had the idea to do the same for hard liquor. When the local bank where he was vice president was bought out in 2006, he took his severance and started tinkering with a home still—he’d done a little home brewing in college—and took to the books, too, studying up on local liquor laws, which at that time prohibited on-site sales of products at distilleries. His thirst for knowledge took him all the way to Kentucky for a craft distillers’ conference in 2007, which is where he met Thomas McKenzie, who is no relation but shared his last name—as well as his passion for place-based spirits.

Thomas, now 32, is a distillery consultant, brewer and winemaker whose thick Alabama twang immediately reveals his Southern roots. (“He grew up around the still,” laughs Brian.) They bonded in Kentucky, and when the Wisconsin brewery where Thomas was consulting abandoned its plan to make booze, he called Brian and soon made the move to Burdett to help launch Finger Lakes and become its master distiller.

By that point Brian was already working to change the laws to allow spirits-makers who sourced at least 50 percent of their ingredients from local farms to sample on-site, just like wineries. He and a few of the like-minded field-to-flask startups at the time—Tuthilltown and Harvest Spirits down in the Hudson Valley and the Hidden Marsh Distillery nearby—built an alliance with the New York State Farm Bureau, and together drafted what would become the Farm Distillery Bill. They took their plan to Albany, showing state legislators how much their beverage businesses would benefit the agriculture economy upstate. The bill passed handily in 2007.

He and Thomas bought a vineyard near his hometown, and with help from family and friends, started building out their 2,500-square-foot distillery and tasting room complete with a 15-foot-tall canoe-shaped chandelier and a back deck perfect for sipping samples. The boxy building actually looks like some kind of pop-art country scene: It’s planked with reclaimed wood set against a black and silver-plated bar and a sharp red staircase; the floor boards even come from an old Kentucky tobacco barn. (Both McKenzies have always been serious about no-waste, aging spirits in old wine barrels and feeding spent grains to neighborhood cattle.) Their structure is also topped, Scottish distillery style, with a black-trimmed, white stucco peaked roof made for ventilating malt, which sends the scent of baking bread and fermented fruit into the air. And while they couldn’t officially open to the public until they scored their license in the summer of 2009, they got straight to work making beautiful booze.

With the exception of malted barley, all of Finger Lakes Distilling’s starter grains are from New York State—in fact, their holding tanks are named like local mothers: Corn-elia, Malt-ilda, Rye-ella. Their fruits and other ingredients are New York natives, too—even the cucumber and dill used to make the gin, though the juniper berries must be sourced from out of state—including four acres of Concord and Niagara grapes grown right on the distillery’s property. That first fall Thomas fermented them into a rough wine he would eventually transform into the first bottles of Vintner’s Vodka and Seneca Drums gin. While grapes are the only things the two McKenzies cultivate on-site, much of the rest of their raw material is from nearby Finger Lakes farms, whose apples, pears, cherries, raspberries and blueberries are each worthy of their own liqueur.

By the time they opened a few months later, in fact, they would already have a full line of liquors: Vintner’s Wild Berry Vodka, distilled with Finger Lakes strawberries, raspberries and blueberries; a currant-based cassis; a Maplejack brandy made from local apples and maple syrup; a rustic McKenzie Rye Whiskey from New York rye; a buttery bourbon starring New York corn; and a pure corn whiskey that Thomas swears “smells like Duncan Hines cake mix comin’ off the still.”

Those were followed by lovely liqueurs made of cherry, blueberry and raspberry, a pear brandy, a grappa made from grapes like gewürztraminer and riesling, and a brand-new Irish-style McKenzie Pure Potstill Whiskey, a lighter brown liquor aged in old bourbon casks. And yet another spirit’s now in the works, this one a little piece of history—a single-malt bourbon and rye whiskey barreled right when the distillery was founded three years ago.

Aged in new-charred American white oak barrels, the two McKenzie whiskeys let their master distillers’ Southern heritage shine, but blend in a bit of the Finger Lakes. The rye gets a final 30-day rest in sherry casks to smooth out its spice before it’s bottled, while the bourbon gets its butterscotch finish from a swim in barrels that once held local chardonnay. Both are also a lower proof than most whiskeys—100 as opposed to the normal 150—because the higher water content allows the spirit to absorb more flavor from the wood.

Decisions like these are what landed McKenzie Rye on the menu at ABC Kitchen, which spotlights local ingredients. Bernie Sun, beverage director for Jean-Georges Vongerichten’s restaurant group, which runs ABC, says the chef himself was taken with it. After he tasted the upstate whiskey, it went straight into ABC’s Manhattan cocktail, later joining the bottles stocked at all Jean-Georges’ restaurants.

Finger Lakes liquor is on even more lips, if you count their partnership with a French chocolatier making bourbon ganache upstate or Brooklyn Brine, which uses Finger Lakes’ gin in pickled beets and bourbon in bread-and-butters, even aging its kraut in their spent whiskey barrels.

Meanwhile Richard Antoine, the former general manager at Midtown’s Nick & Toni’s Café, stumbled on the distillery on his honeymoon on the ride back from Niagara Falls, where “he tried everything they had.” The experience made him realize that, in addition to local produce, meats and cheese, Nick and Toni’s could stock all-local liquors, too. Today he uses Finger Lakes gin—“you can taste the grape spirit they use in the base,” he enthuses—as well the cassis and grappas, and says the bottles “make it possible for us to have every item on the table come from within a few hundred miles of our front door.”

“Amazing, amazing people,” says Brooklyn Brine owner Shamus Jones, who has good reason to give praise: His McKenzie-spiked cukes are now stocked nationally in both Williams-Sonoma and Whole Foods.

All this demand means the little distillery has doubled its output in just three years, producing 40 barrels of booze every month. Hundreds of those are stacked in every corner, and 80-hour work weeks split between friends have since been divvied into 15 to 20 part-time positions, including an assistant distiller who comes in long before dawn each morning. Thomas and Brian are even adding another building to more than double their production space. In the mill room, 7,000 pounds of those local grains can become powder in an hour, before they’re sent next door to become mash. There they simmer in a double-boiler-like kettle to let their starches turn to fermentable sugars, later eaten by the yeast in an “open-top” fermentation tank.

“Sometimes it spits back at ya,” warns Thomas as he looks up over the side of that steel drum, his cap turned down against his face. The blend is still a little chunky, like Irish oatmeal, but that’ll get distilled down into a smooth brown spirit (twice, for the bourbon). But the real magic happens in a two-story, 300-gallon, 20-foot-tall copper pot still. It glows bronze-red against the hills of the Seneca Lake coast that appear through the window. But unlike everything that goes into it, the still isn’t a local: That custom-made baby traveled 4,000 miles to the Finger Lakes, all the way from Germany.