Mad for mezcal? Us too. Which is why we at Edible are so proud to announce our Mezcal Creyente Neighborhood Tasting Series.

In partnership with Mezcal Creyente, Edible has joined forces with some of the city’s best bartenders to blend together the flavors of smoky mezcal and New York ingenuity. It’s especially fitting as Mezcal Creyente is a blend itself. It’s made by blending together two extraordinary mezcals from the Oaxaca regions of Tlacolula and Yautepec, creating a perfect union and a mezcal you have to taste to believe.

Ready to become a believer? Mezcal Creyente is behind the bar at each of the local watering holes and restaurants featured below. To see them on a map, click here. So get ready to sip—because where there’s smoke, there’s Mezcal Creyente. 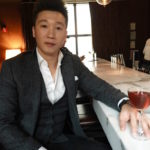 Meghan is the editor of Edible East End and Edible Long Island.

6 Dispatches from Our Very Near Food Future

Edible Party: Look Inside Our Relaunch Celebration at The Garret East