Kitchen Witch Cookbooks is the rare example of a bookstore that also functions as community space, pop-up kitchen and gateway for exploring regional cuisine. 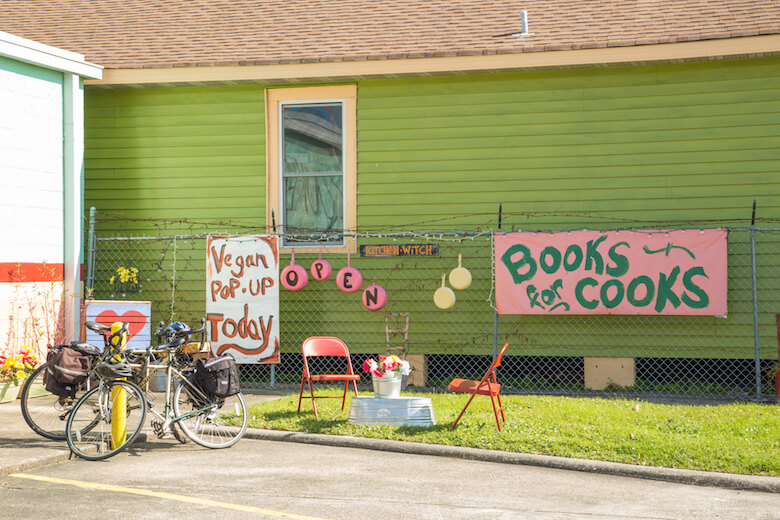 When your job is to research regional foodways and culinary traditions, you read a whole lot of cookbooks. Of all the expertly curated shops and collections I’ve visited in my travels, New Orleans’s Kitchen Witch Cookbooks is the rare example of a bookstore that also functions as community space, pop-up kitchen and gateway for exploring regional cuisine. Last winter, I visited the shop with Chopt’s co-founder Tony Shure. When we entered the colorful, hand-painted building bedazzled in Mardi Gras beads, a group of punk kids were pouring wine and serving vegan stir-fry in the parking lot. Owners Philipe LaMancusa and Debbie Lindsey floated about the space, entertaining customers with personal stories and colorful reminiscence of lives lived to the fullest. 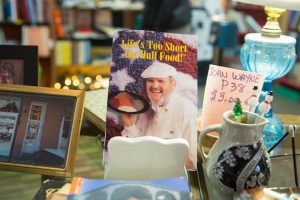 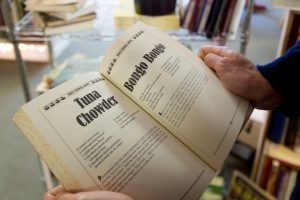 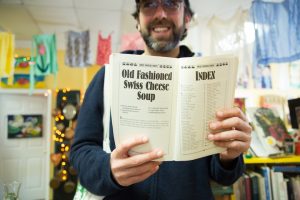 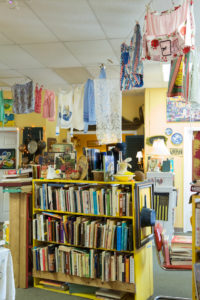 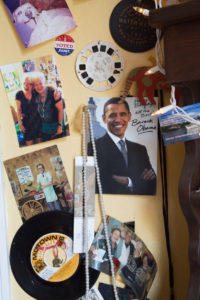 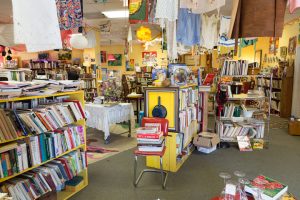 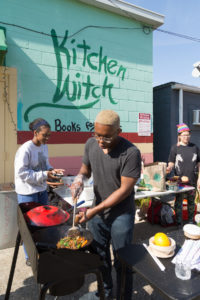 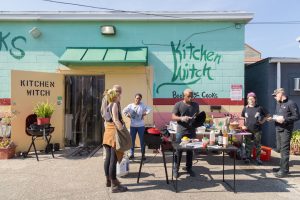 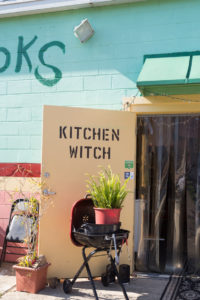 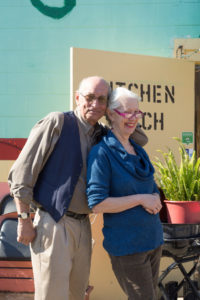 While all the 11,000 books at Kitchen Witch are for sale, it’s hard to imagine how Phillip can let them go. Pick up any one at random, and he can tell you where it came from and a little nugget of gossip about the author. While the topics and categories are vast and varied, the collection’s particularly useful for tracing the history of New Orleans through titles on Cajun cuisine, soul food and the one million and one ways to cook a jambalaya.

You would assume Phillip had dedicated his life to the collection alone by the looks of the place, but in fact he cut his teeth in professional kitchens long before he was in book business. Phillip began his culinary career in the kitchen of a Jewish country club in Denver before joining the Navy as a cook, preparing meals for his fellow soldiers in the Vietnam War. Newly out of the service and looking for a fresh start, he explored New Mexico, California (Monterey, specifically) and even Polynesia. He worked under the saucière from the famed Paris restaurant, Maxim’s, and as the pastry chef at the Las Vegas MGM Grand. He made fish tacos in Ensenada, Mexico with a woman whose secret was to, “add mayo and Coca-Cola to the batter—it’s fabulous.”

But New Orleans was always calling, so when he got a gig in one of the city’s most famous restaurants, Commander’s Palace, he knew his life on the road had to come to a pause. At Commander’s Palace, still one of the most beloved spots in the city, Phillip cooked alongside Creole cuisine’s most iconic chef, Paul Prudhomme. That stint in fine dining led him back to his hippie roots, opening a cooperative restaurant for a brief period of time.

Now “vegan, besides butter,” Phillip briefly dreamt of opening a sort of “vegetarian Dairy Queen” and tried to raise the capital by selling quiche at music festivals. That turned out to be a pretty challenging way to fund a fast food empire, but what he lacked in funding, he more than made up for in cookbooks. By 1999, his collection was hovering around 5,000 titles, and he wasn’t slowing down. The only logical solution was to leave the restaurant business behind and open the collection up to the public.

Eighteen years later, and twice the inventory, Kitchen Witch Cookbooks has become a space for gathering that offers the opportunity to try something new and enrich oneself alongside members of the community. There’s often someone cooking, and there are always fascinating characters communing over for food. Turns out a restaurant and a bookstore have a lot in common, and in this way, Kitchen Witch Cookbooks is not just a shop but a living, breathing homage to Phillip’s adventurous life in food—the way our salads at Chopt reflect our travels.