Is the Hudson Valley poised to usher in a liqueur revival? 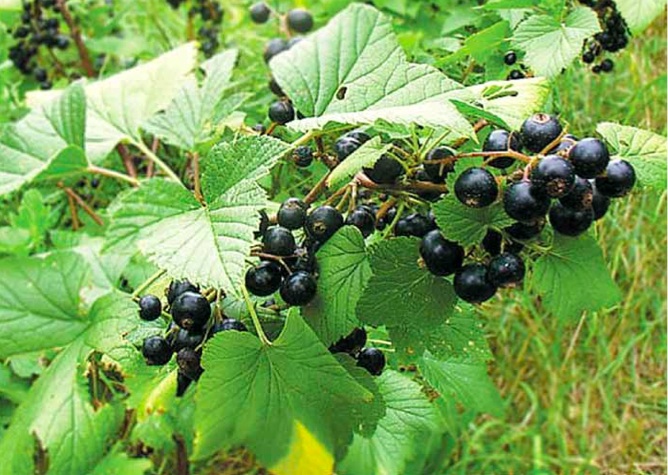 Cassis—the deep, dark liqueur made from black currants and splashed into white wine to make a kir, or Champagne for the brunch standby kir royale—is a tipple typically imported from France. But as more New York farmers have started growing the tiny tart fruit, some local vintners have set to work transforming the newly booming crop into vibrant, velvet-textured versions that don’t come in bottles from Burgundy.

It turns out this is the currant’s second coming. Brought to the New World in the 1600s, the bushes were once grown widely in New York, simmered into syrups and tucked into baked goods or used as a cure-all to soothe everything from sore throats to sour stomachs (it’s got four times more vitamin C than oranges).

But in the 20th century the fruit fell into utter obscurity due to a fungal disease called “white pine blister rust” that black cur- rants were particularly susceptible to. The problem wasn’t that the rust killed the crop off, but rather that the disease also threatened the trees for which it’s named. Logging industry interests easily quashed those of berry buffs, and a 1911 federal quarantine was followed by state-by-state bans that put the kibosh on currants.

The federal quarantine was lifted in 1966, but in New York currants remained berry non grata for decades—until Cornell University horticultural researcher Steve McCay saw the plant’s potential to be a viable New York State crop and set to work developing fungal-resistant versions of the bush.

Phyllis Feder, who started Clinton Vineyards with her husband, Ben, now deceased, way back in 1977, says Cornell’s currant crusader came calling in the late ’90s. “Steve McCay came to us because he knew our wines,” says Feder. “He told us the whole story about how Cornell had developed a way to breed the plant that would not have the issues that caused the ban. He said, ‘We’d like to see what you folks would be able to do with black currants.’” In 1999, as part of the initial currant test pilot, Clinton Vineyards unveiled their take on the inky elixir. “We produced a wonderful cassis that came to the attention of a local farmer, Greg Quinn. He loved it and decided he wanted to grow black currants. We put him in touch with McCay and the two of them worked to get the ban lifted. And they did!”

In 2003 farmers officially got the green light to replant. Still the crop’s something of a gamble—because you can spend hours picking fruit from a single bush, and, moreover, Americans are unfamiliar with the fruit—but hopeful growers had their eyes on the juice, as its high rate of antioxidants is touted as a miracle elixir. Red Jacket Orchards’ refreshingly not-too-sweet bottles are winning fans fast—and upstate wineries are selling cassis by the case.

Warwick Valley Winery & Distillery has been distilling the local berries into their beautiful Black Currant Cordial cassis since 2005 as part of their American Fruits line of fine brandy and liqueurs—you can nab a bottle at Astor Wines & Spirits, or across the East River at Brooklyn Oenology and Smith & Vine. Says Jeremy Kidde: “We started distilling fruits because we felt that what we have here is a place where you can make just as fine a fruit brandy liquor as anywhere in the world. The currants became legal again right around the time we started [Warwick Valley Winery & Distillery], and it just seemed like great timing.”

Carlo DeVito, who co-owns Hudson-Chatham Winery in Ghent, New York, with his wife, Dominique, and is also the president of Hudson Valley Wine Country, says his own cassis concept began when his neighbors picked a bumper crop of the little-known berries. “We were approached by a family who owned a farm down the road, Good Farm, and they said, ‘We have currants but no customers, would you be interested?’” says DeVito. The trial run was such a hit that last year they quintupled produc- tion from 20 to 100 cases; this year they’re shooting for 150.

Other Empire State cassis producers include Tousey in Clermont (whose beekeeper owner adds his own honey during fermentation) and Brookview Station Winery in Castleton-on-Hudson, which sits on a 100-year-old family farm. Cassis production in the Hudson Valley alone is now up to almost 12,000 bottles a year.

Clinton Vineyard’s Phyllis Feder, who got that call from Cornell over a decade ago and made about 400 cases last year, says she’s proud to have birthed local cassis—and delighted by the competition: “If imitation is the best form of flattery, then we feel very flattered by those who are attempting to emulate our success.” Today, Feder’s handcrafted cassis—with its gorgeously earthy nose and complex, savory quality beneath its dark, streamlined fruit and port-like but dry finish—is sold at the venerable Sherry-Lehmann on East 59th Street, as well as at Heights Chateau and the Green Grape over in Brooklyn. And there’s no need to mix it with wine, sparkling or otherwise—it’s gorgeous sipped all by itself.

What makes it different from your run-of-the-mill syrupy fruit-based farm wines or one-off distillates is the finish? DeVito’s, for instance, starts out with a fresh yet almost jammy nose, fills your mouth with big, luscious, sweet, silky fruit, but morphs just before the point of unreasonableness. Within moments, you feel a tartness coming in that starts out feeling dark and herby, but lightens up, leaving a linger- ing flavor not unlike pomegranates on your tongue. You find yourself going back for more.

“It’s a lot of big fruit upfront, and really intense, sweet berry flavor, but there’s a tremendous amount of acidity. That balances out all that sweetness,” says DeVito. “It’s the beauty of the currant.”