Suds in the City: A Brewpub Built to Last 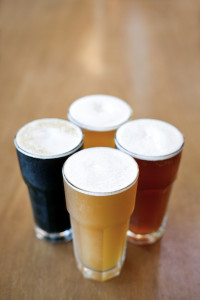 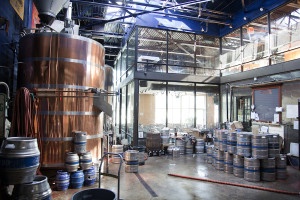 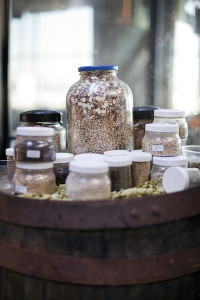 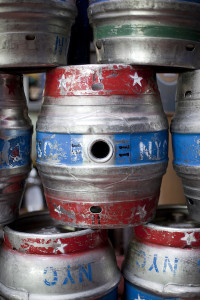 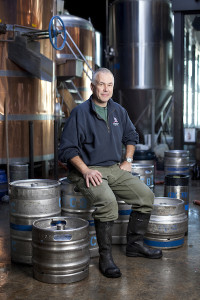 If you liked mediocre craft beer, the mid ’90s were a marvelous time in Manhattan. Caught up in the brewpub craze then sweeping the country, there was SoHo’s Nacho Mama’s Brewery, the British-inspired Commonwealth Brewing Company in Rockefeller Plaza and, in Midtown, the pseudo-Asian Typhoon, to name just a few—all serving New Yorkers so-so housemade suds.

Like many fads of the time—Riot Grrrls, pagers—brewpubs quickly passed. Due to poor-quality ales, poor ownership and outlandish rents—or a combination of all three—tap lines went dry, one by one. Admittedly, these early pints poured the foundation for our current craft coming-of-age—back then most city drinkers still preferred Miller, Coors or Bud—but no self-respecting contemporary brew hound would be caught dead with one of those amber ales in hand. When the foam finally subsided at the end of the decade, only a single brewery still made beer on the Island. “We’ve survived it all,” says Mark Szmaida, 57, the head brewer at Chelsea Brewing Company, which opened on the Hudson River-hugging Chelsea Piers at 18th Street in 1996. Szmaida is referring not just to the movement’s demise, but also to his own brand’s expensive misstep into bottling beers (more on that later); the post–9/11 days when the piers were used as a staging ground by the city; and Arctic winter weeks on the waterfront when both the temperature and customers slip into the single digits. Perhaps the place still exists because, unlike most other brewpubs, at Chelsea the focus was always on the beer: quality Manhattan-made craft ales like the thirst-quenching, easy-drinking Checker Cab Blonde—now seen on draft menus citywide—or the caramel-licked Sunset Red, a brew so good it won a gold medal in 1997 at Denver’s prestigious Great American Beer Festival.

The concept for those beers was born in 1996 when budding brewpub baron Pat Greene was looking to the developing waterfront complex to build a restaurant and brewery. The idea was that the place could also produce suds for the bar he already owned, the now-long closed Westside Brewing Company on the Upper West Side. (Greene, to his credit, split with his partners before it shuttered.) The newly redone piers seemed like the perfect location. The towering ceilings could accommodate the massive brew kettle and show off the shiny fermentation tanks. A gleaming, nearly wall-to-wall mahogany bar was the ideal place to bend elbows and snack on burgers, wings and the rest of Chelsea Brewery’s standard stomach-insulating pub grub. And the floor-to-ceiling glass windows ensured sunlight bathed the space in a handsome glow all day and that the nights held postcard-worthy views of Hudson River sunsets. It was a grand plan.

There were problems at first: Endless construction at Chelsea Piers kept customers at bay, and founding brewmaster Russell Garret decided to leave in 1997, just a year after the place debuted, to open a brewery in Ireland. But the latter was a cloaked blessing. His replacement was Chris Sheehan, who’d made his name in California crafting bold stouts at San Francisco’s much-missed 20 Tank Brewery and Berkeley’s Triple Rock Brewery & Alehouse before taking a gig at New York’s sip-and-you-miss-it Neptune Brewery. (Ahead of its time, it lived above Chelsea Market.) And shortly after Sheehan was hired that year, he was joined by Mark Szmaida, then a 10-year homebrewer from Weehawken, New Jersey, who’d just graduated from Chicago’s Siebel Institute of Technology brewing school.

Under Sheehan’s stewardship, Chelsea’s brews blossomed. Bit by bit the duo tweaked Garret’s old recipes (“They were too sweet,” Szmaida recalls), developing creations that went beyond the pedestrian pints of their brewpub peers. “Beers that people wanted to drink,” says Greene, 52: “We don’t use any extracts or corn syrups—only malt,” he adds, referring to the roasted grains that serve as the building blocks of beer. That might seem like a common refrain from a brewery these days, but in the 1990s anybody using the term craft was probably talking about knitting. Soon, Chelsea’s philosophy of using quality ingredients to make then-hard-to-find styles such as stouts, amber ales and IPAs paid dividends on the national stage. Beyond that early gold for the Sunset Red Ale at the Great American Beer Festival, Chelsea’s won eight medals to date, including another gold for the coffee-kissed Black Hole XXX Stout in 2002 (which also took home bronze medals in both 2005 and 2008); a 2004 gold for the easy-sipping Sunset Wheat; and a 2007 bronze for the pleasantly bitter and grapefruity Hop Angel IPA.

Better still, in 2001 they’d decided to give the boot to the bottling line, which had been installed at great expense when the brewery was built. Back then, bars that wanted to expand their domestic selections were more interested in bottles than drafts, so the Checker Cab Blonde and Sunset Red were packaged in six packs for distribution to Connecticut, New Jersey and Pennsylvania. But sales never met expectations, and the glass was let go.

“I realized that bottling is something you have to do on a national level,” says Greene—meaning something on the order of Budweiser or an enormous craft brewery such as Oregon’s Rogue Ales, San Diego’s Stone or even Brooklyn Brewery, which had opened shop across the East River a decade earlier. “As I tell people,” Greene confides, “I don’t need to be the king of beers. I’ll be the prince of Manhattan any day.”

To that end, Chelsea Brewery severed its relationship with distributors and started delivering its own beer in kegs to bars around the city in 2002, which gave them a personal relationship with bar managers at craft-centric watering holes like Pony Bar in Hell’s Kitchen or Drop Off Service in the East Village. (Sometimes very personal: “Occasionally I get texts from people at 2 or 3 a.m. saying, ‘We need more beer,’” says Greene; he doesn’t deliver it.) Chelsea’s small-potatoes production—about 3,000 barrels per year—also ensures those kegs don’t arrive with beer that’s been sitting in storage for months. Bar owners “look at the barrel and see when the beer was filled,” says Greene. “We never have a beer in house that’s older than 45 days.” “This is what fresh beer is all about,” says Szmaida. “We don’t need to go coast to coast.” In fact, Chelsea’s decision to focus on putting their beers in local bars was prescient, considering that the locally made liquor movement continues to move mainstream.

Case in point: In the past six years both Sixpoint Brewery and Kelso opened up shop in the borough of Kings and have flourished along with ever-expanding Brooklyn Brewery. Not surprisingly, Chelsea is looking to tap into the growing demand for city-made suds, says Szmaida, who last year assumed head-brewing duties when Sheehan left to become brewmaster at a now-shuttered place in Newark. There are obstacles to expansion: “We only have room for six beers on tap at the brewery,” he says, noting that they also have to buy their own kegs, since they self-distribute. (Those cost $200 a pop, and have a habit of disappearing.)

Growing at their current locale would be easiest, but as always in this city there’s the issue of cost: Rent and utilities in Manhattan can be crippling. And while Chelsea Piers, their current landlord, now owns some prime commercial real estate, the waterfront location can still affect its tenants’ ability to do business. “When the weather’s not good, we’re not getting as many customers,” says Greene.

Top it all off with the fact that the 15-year-old operation often gets overlooked in the buzz of all the hot new beers being crafted within 100 miles in any direction. Even though Chelsea served as a training ground for both Sixpoint’s Shane Welch and Captain Lawrence’s Scott Vaccaro, “there are a lot of people in New York who don’t know who we are,” Greene laments. In fact, when the brewery’s 20-year lease expires in 2015, he is considering a move to—you guessed it—craft-beer-friendly Brooklyn.

But even if Chelsea Brewery relocates to some warehouse in Williamsburg—or by then, becomes the only brewery in Queens—one core concept will remain, says Szmaida: “We’ll be making fresh beer in New York, for New Yorkers.”