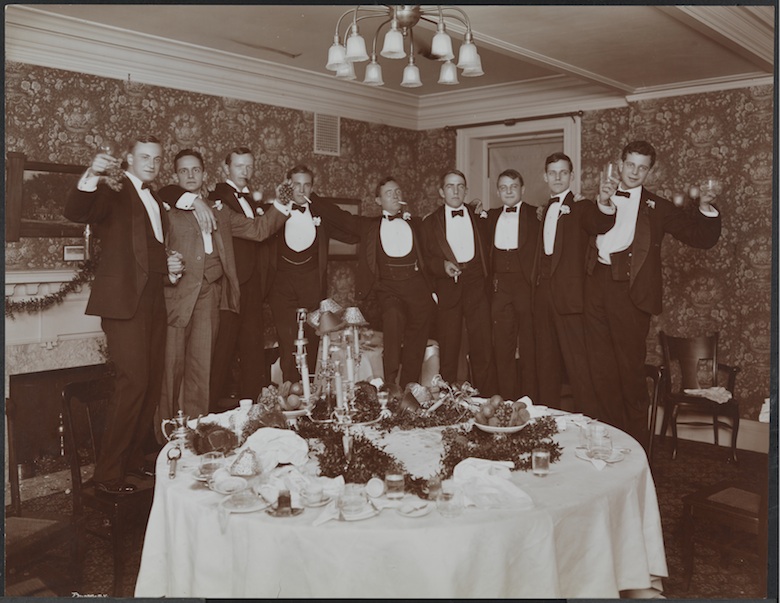 From $2 PBRs to $15,000 bottle service, New York nightlife has options to suit just about every budget. But for New Yorkers with A-list aspirations, where you drink is as important as what, and getting invited to the right place—or being seen in the wrong one—can make or break your social life.

In Colonial New York, there were no dedicated drinking houses. The young city’s taverns simultaneously served as bars, hotels, restaurants and public meeting spaces, and they catered to men of all classes. Beer was plentiful and cheap; rum, imported from the West Indies, was available for those who could afford it.

The 1820s marked the advent of the city’s first commercial drinking establishments, and they multiplied quickly: By 1830, New York boasted over 13,000 businesses licensed to sell “strong drink,” the majority in working-class and immigrant neighborhoods. Cheap corn whiskey—a newly available, distinctly American invention—ensured that even the poorest could afford a stiff pour, and drinking in public venues became associated with the underclass. The nascent temperance movement fueled a growing sentiment that drinking was bad behavior, ill-suited for those of refined tastes.

Which isn’t to say that the upper class didn’t like to get down. “Slumming,” in which elites visited places below their means, was a popular pastime as early as 1870. Gotham’s gentry had a hard time resisting the city’s concert saloons, which offered riotous combinations of drinking, dancing and prostitution. Separate balconies allowed wealthy gentlemen to safely observe the bar brawls and bawdy behavior that took place literally beneath them, on the main floor. (These well-heeled patrons were often robbed on their way out of the saloon.)

By the 1880s even the upper class was divided into old and new money, with the former embracing European customs to differentiate themselves. Before it became a euphemism for a most un-gentlemanly setting, the “gentleman’s club” was a British tradition whose über-exclusive members-only policy was appropriated by the wealthiest New Yorkers.

Club patrons enjoyed well-stocked wine cellars, but Champagne was the beverage of choice. Private rooms were available for hosting lavish parties, where excessive celebrations could make a Kardashian wedding seem modest. Festivities often got raucous, albeit in a very Victorian way. On one occasion, Yale Club members, carried away in celebration, went to the home of John Phillip Sousa himself and persuaded him to join them at the club, where he regaled them with some rousing marches.

Prohibition dampened the spirits of the city’s private clubs, but only slightly. Many discretely continued to serve booze throughout America’s “Great Experiment.” Today, some clubs still operate on a members-only basis. The egalitarian experience of Colonial taverns, where the wealthy elite and the working class raised glasses together, seems little more than a hazy memory from a booze-fueled bender.

Photo courtesy of the Yale Club