How a little nostalgic whimsy turned into big business. 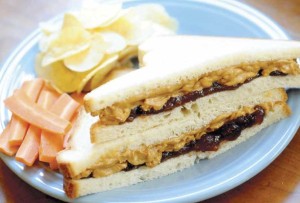 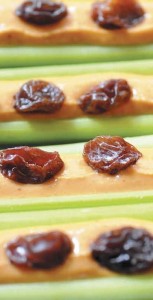 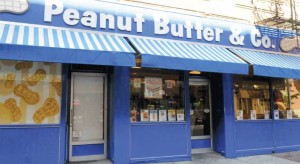 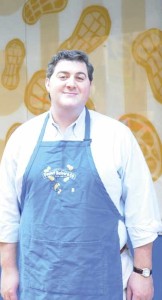 “Would you like whole wheat or white bread with that?  Crunchy or smooth? Strawberry, raspberry or apricot jam, or grape jelly? How about the crusts off?”

That might not have been your life growing up, but this is the standard exchange at Peanut Butter & Co., a Greenwich Village sandwich shop that has taken an icon of the collective American childhood and preserved it as a sort of Disneyfied ideal, the Never-Never Land of brown-bag lunches.

Because of its obsessive take on an extremely simplistic cornerstone dish-the PB & J-Peanut Butter & Co. has carved a small but stable niche in the New York dining scene. In December, it celebrated its eleventh year in business. And with its spinoff brand of peanut butter now sold in 10,000 supermarkets throughout the U.S., Canada, UK, Hong Kong and Japan-the company was totally unaffected by the peanut recalls last year, thank you very much-Peanut Butter & Co.’s reach extends far beyond its flagship’s downtown block.

The sandwich shop might fit in better in Mister Rogers’s Neighborhood than the gritty Village. The sunny yellow-painted walls, milk on the menu (whole, low-fat, skim, soy and rice, with chocolate, strawberry or malt syrup) and snacks like “ants on a log” come across as almost perversely innocent. In that regard, PB & Co. fits snugly into an ongoing Manhattan trend: food as nostalgia. It’s the same ethos that fuels the city’s mac and cheese emporiums, $8 s’mores, artisan ice cream trucks and cupcake lines around the corner.

None of it is an accident. Each sandwich, available in more than a dozen varieties, from standards like the Fluffernutter to the (stoner-friendly) Elvis-an unctuous grilled PB & banana sandwich with honey and bacon-has been carefully styled by founder Lee Zalben, a 35-year-old with a dark-brown cowlick of hair, clean-cut looks, a professional demeanor and a passion for peanuts. In order to deliver diners the oversized sammie they loved when they were three feet tall, Zalben has commissioned custom loaves from Orwasher’s Bakery on the Upper East Side that yield large, unwieldy slices, about one and a half times as big as a standard pullman loaf’s.

On a recent Sunday afternoon, the thin crowd was made up overwhelmingly of college students with backpacks, knit caps and tightly twisted dreads. Without irony, they dug into their sandwiches, each served on Fiestaware with a bag of potato chips and a handful of carrot sticks. Observing this scene, it makes sense that the concept for Peanut Butter & Co. blossomed when Zalben was still an undergrad. Today, dressed in a white button-down and khakis, the owner of a now-multinational brand projects a pepsquad wholesomeness that is perhaps inevitable when your stock in trade is peanut butter. The freshly scrubbed look notwithstanding, Zalben is a businessman first, and answers questions with a practiced slickness. (Asked if he ever gets sick of peanut butter, he replies, “How can anyone get sick of peanut butter?” Touché.)

According to Zalben, grown-ups are his core clientele (the shop serves about 100,000 people per year). One of his most famous adult clients, Jerry Seinfeld, wrote the foreword to the Peanut Butter & Co. Cookbook, and even has a sandwich (his own creation) named after him: Jerry Seinfeld’s Comedy Special: a toasted bagel, with cinnamon, honey and peanut butter.

But at this stage in the Peanut Butter & Co. business plan, you’re more likely to be familiar with the brand from the supermarket than the eponymous sandwich shop. Crunch Time, Smooth Operator, The Heat Is On (a chili-spiked variety), The Bees Knees, and Zalben’s four other flavors of premium PB are on shelves from Whole Foods to your local deli. Zalben claims that a share of the wholesale peanut butter market was never his intended conquest.

“I had this crazy idea for this peanut butter sandwich shop. To be honest, as much of an entrepreneur and dreamer that I am, I never thought past this. At one point I thought we’d open more stores; I hadn’t envisioned we’d be selling peanut butter in supermarkets.”

When he first set up shop in 1998, Zalben made peanut butter solely for the sandwiches. But before long, customers started bringing in their own containers to take it home with them, and a product was born. Rather than top off Tupperware, Zalben started packaging and selling the spread.

“We used to get 50 cases of glass jars and make two dozen or so extra of whatever flavor we were making that day,” he recalls.  Not long after, he was approached by a buyer from Dean & De-Luca. Zalben declined, but she persisted. “She said she’d come in and buy them from me at the retail price and resell it for more. She basically forced me into it.”

The recipe hasn’t much changed since day one: a combination of peanuts, evaporated cane juice, palm fruit oil and salt, give or take a few ingredients. To come up with his formula, Zalben sat down with some table-top grinders and several varieties of peanuts-

Valencias, Runners, Virginia and Spanish-and started to experiment, in search of the ideal texture, and the perfect balance of savory and sweet. “Some make wine from different grapes,” says Zalben, “I make peanut butter from different peanuts.” Though he won’t reveal the ultimate outcome, he admits to using mostly Runners, the nut of choice in the industry for its good oil content, high yield and rich flavor.

As fulfillment expanded to stores like Fairway and D’Agostino, Zalben’s team couldn’t sustain the pace and in 2003 moved the racket to a proper factory in Greenpoint, Brooklyn. When accounts came in from supermarkets like Harris Teeter and Kroger-stores where most New Yorkers have probably never shopped-the business outgrew its NYC digs.

“We were wasting a lot of money trucking peanuts to New York City from the South,” says Zalben, so in 2005 he moved his outfit to Georgia, where it remains. There they blanch, roast and grind the peanuts, add evaporated cane juice, salt and any other flavorings, and fill, seal, cap and label the jars. In 2007 they produced more than three million pounds of peanut butter.

Although they don’t advertise, Peanut Butter & Co. continues to grow. Last year, they started a line of jams, and you can find peanut butter-filled pretzels and peanut butter cups on their Web site, ilovepeanutbutter.com. The peanut shortage and subsequent price jump due to last year’s Peter Pan salmonella outbreak threw Zalben some unexpected curveballs, but he’s looking forward to the next 10 years, and already has his sights set on introducing new products, a subject on which he remains vague-“We’re working on a few new things in snacks.”

But the one constant, says Zalben, is the shop. “When something opens in New York, everybody knows about it and is talking about it. After two years, something interesting happens: It’s no longer new, but people assume it’s been here 10 years. When you get to 10 years, people can’t imagine life without you.” Which is how most Americans feel about peanut butter.