For A Week, Real Cider

Cider Week is a celebration of apple alcohol and all the benefits it can bring to local orchards and drinkers alike. 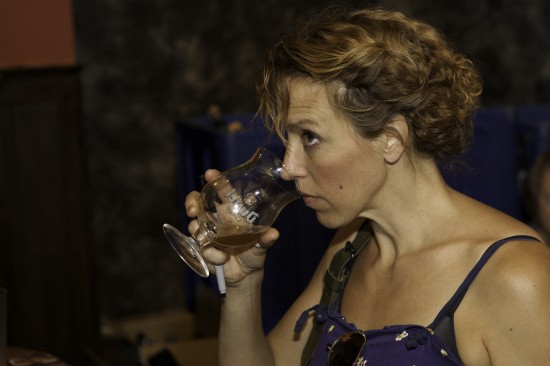 If you’re like most Americans, the word “cider” probably calls to mind plastic jugs of fresh apple juice. But in Europe, cider is an alcoholic beverage, dry and sophisticated, made from apples as tannic and astringent as wine grapes, a beverage as complex in flavor and varied in style as fine wine or beer. And for seven days this October, New York will be awash in just that.

Cider Week, mounted as part of a much bigger Apple Project run by the upstate agricultural not-for-profit Glynwood Center, is a celebration of apple alcohol and all the benefits it can bring to local orchards and drinkers alike. Sara Grady, Glynwood’s special projects director and Cider Week mastermind, has arranged an exchange between nascent Northeast cider makers and their storied French counterparts, who’ll be here in October, and is developing a Hudson Valley Cider Route, inspired by similar trails in Europe.

But the activities here in Manhattan are sure to get city folk hooked on the hard stuff. The week kicks off on October 16 with a cider festival at New Amsterdam Market, complete with a cider bar and a panel discussion featuring French and American cider makers. At the Astor Center’s Applepalooza, you can taste pommeau (an apple- based aperitif) and the wonders of distilled cider (Calvados, anyone?). And all week long, over 60 stores and restaurants, including the likes of Eataly, Blue Hill, Telepan and Back Forty, will offer tastings, cider and food pairings and flights of different varieties.

Ironically, hard cider was long America’s drink of choice. But the ancestral drink was dealt a staggering blow by Prohibition and essentially wiped out when industrial beer production boomed.

Now, with Glynwood’s help, small Northeast cider makers are working to create a following for artisanal cider that matches the one craft brewers have achieved for their beers. David Flaherty, manager and cider maven at Hearth and its sister wine bar, Terroir, was impressed when Glynwood brought together stores and restaurants participating in Cider Week for a trade-only cider tasting. “Some of the ice ciders were a revelation,” he says, as was meeting a farmstead producer who grows over 100 varieties of cider apples.

But to really take root, local cider makers need to woo not just restaurateurs, but drinkers. Glynwood is determined to dispel the public notion that hard cider is an unsophisticated, oversweet offering available by the six-pack at the corner store. Starting with Cider Week, Grady says firmly, “That’s all going to change.”