On chicken biryani, Oaxaca, and the film in her fridge. 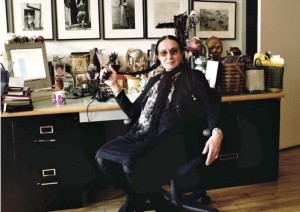 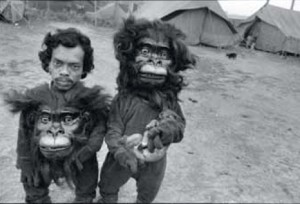 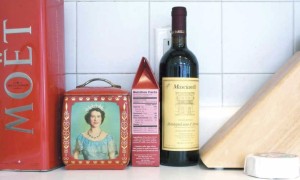 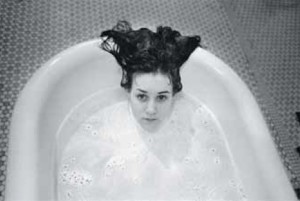 Mary Ellen Mark has an eye. Her camera lens’s view of the world has landed her work in the New York Times Magazine, Rolling Stone, The New Yorker, LIFE, Vanity Fair—not to mention her 16 books. Among the accolades her photography has garnered are fellowships from John Simon Guggenheim and the National Endowment for the Arts, multiple Robert F. Kennedy Awards, the Infinity Award for Journalism and the World Press Award for Outstanding Body of Work Throughout the Years.  We stopped by her studio to ask what she eats—though she seemed as aware of what she doesn’t eat.

Q: Tell me about your eating habits.

A: I usually don’t eat breakfast. I’m trying to lose a lot of weight. I’m way overweight so I’m going to Dr. Louis Aronne, he’s a specialist on weight loss. I’ve been seeing him for years. I love food, but I have to really watch what I eat. Some people can eat anything, but I just have to look at food and I gain weight. So I bought those muffins but I can only have one bite. That’s the trick I’ve found. If you want something, you can just have a bite and that should satisfy.

I never cook. I’m not good at it. It’s special to be able to cook.  It’s not just turning on the fire, it’s an art. Once I tried to make something, years ago, when I first met [my husband] Martin. He had been away and I tried to make a dinner, a leg of lamb, it was just a disaster. It was horrible so I never tried again.

Martin is a great cook. I do the shopping. I love vegetables.  Once in a while the treat of a lamb chop, but red meat is more fattening. I don’t want to go on one of these horrible liquid diets where you don’t eat. Well—you eat, like, supplements.

Q: You look great. Do you think you’re more conscious of appearance because you’re a photographer?

A: No. I used to be really, really skinny and I liked that, I think you feel better when you’re thinner. We all care about looking our best but you feel better too. I know I could lose the weight really fast if I started smoking again. I smoked for 25 years. It’s the best diet in the world but it’s not healthy so I won’t do it.

Q: Tell me your more memorable food experiences while traveling the world for your work.

A: The people I photographed in the brothels [in India] would cook a chicken biryani for me, which is great, amazing, hot. When I left after three months, the madam I was most close to made a party for me and cooked a chicken biryani. Really spicy but really amazing.  When I was photographing Mother Teresa, they had food for me—dal and rice—but I wasn’t allowed to eat with the Sisters. At one point [Mother Teresa] made me eat under the stairs because she said that would teach me humility. I don’t think it did. It was very embarrassing.

I’ve taught in Oaxaca [Mexico] for 15 years. It’s an amazing city, famous for its food, so I have to really watch my diet there.  They have wonderful moles, all different kinds. Oaxaca is a beautiful old city, and the old part is preserved, it’s fantastic. They wanted to put a McDonald’s on the square, [but people] felt it was too opposite to what the city was about. They fought it and they won.

Q: It must be hard to work among people who don’t have enough to eat.

A: A friend of mine is a diabetic and a photographer. She was in a place where people were in a terrible situation and she had to eat. You do get a different feeling. You see people for whom a glass of water is a precious thing.

I like the press pots. I didn’t realize we had so many. I drink a lot of coffee. That’s an addiction. A couple cups a day. It makes me speedy. I like something sweet in my tea but not in my coffee. I’d like something sweet if I had a latte, but that’s too fattening. I like coffee just black and strong.

That’s an old key lime pie recipe of Rauschenberg’s. [Staffer says: It’s a photocopy of something I found ages ago.] Looks good. And that’s an old picture of me. You see how thin I was? I was very thin. I was. What’s in my hand—a cigarette.

All this butter came with takeout lunches. I don’t like the idea of throwing good food away. We should give it to Marcus [who cleans]. He has lots of kids and they love butter.

It says “made only with peak-season tomatoes.”

Do you believe everything you read?

Film in the Fridge
That’s to preserve it. I still shoot film. It’s more beautiful, as simple as that. My whole life I’ve shot film. Your photographs look a certain way. I love film. Digital’s fine and it has a real purpose but I think it’s a different medium.

Have Mints, Will Travel

I travel with Tic-Tacs. I’m addicted to Tic-Tacs. Plain. It’s like a fix, a sugar fix. And they have very few calories.

My favorite is Ketel One. I don’t like it as much as I used to.  I prefer wine. I like sancerre, or French chardonnay. I think these diet pills make me have different tastes.