As some of us prepare our minds and bodies for the coming fast, here’s a case for not only focusing on our growling bellies, but also on those for whom hunger is more than a temporary state of being. 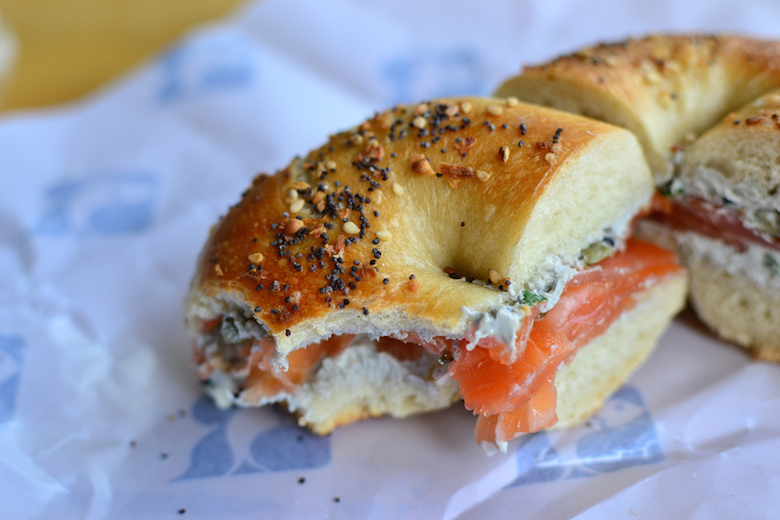 It’s no secret Jewish holidays are all about the food. Rosh Hashanah sets the table for the new year with its honey cakes and stewy meats. Then the leaves begin to fall and we already start to think about sizzling latkes to warm our bellies during Chanukah in December. As the snow melts and we make our way into the warmer months, we begin to envision our Sedar plates with fresh sprigs of parsley and springtime lamb.

But there is one holiday where we do things differently. Yom Kippur, considered the holiest day on the Jewish calendar is a time for repentance and reflection. In order to focus on penance, Jews do one of the most un-Jewish things of all: refrain from eating. For an ascetic 24 hours, observant Jews consume nothing as they allow themselves to be consumed by thoughts of atonement and prayers for forgiveness.

The challenge of writing an article for a food publication on a holiday that revolves around a fast was not lost on this reporter. From where I stood, the options were either the desperate evening meal before (the last supper?), or the bagel at the end of the tunnel. But it was thinking of the abdication itself that reminded me that hunger is a food issue.

As some of us prepare our minds and bodies for the coming fast, I suggest that we not only focus on our growling bellies, but also those for whom hunger is more than a temporary state of being since for 1.3 million New Yorkers, the hunger does not end after a day with a bagel and smoked fish spread.

Food production is the not the problem. Food access and distribution are. The United States produces more than enough food to feed its citizens, but underserved neighborhoods are at a disadvantage when it comes to accessing and affording nutritious food. While the traditional Yom Kippur fast serves an important purpose in the context of the Jewish High Holy Days, I encourage the Jewish community to consider joining me in asking ourselves what we can we do to help fight the hunger crisis in New York City (where 1 in every 5 children is living in a food insecure home), in the United States and beyond.

The Los Angeles based organization Mazon has a commitment to eradicate hunger and is guided by the principles of tikkun olam (“repairing the world”) and also tzedakah, which means charity. While Mazon is a Jewish organization, their mission to find a solution to hunger does not exclude any person of any race or religion. Director of Outreach and Communications, Michelle Stuffmann said, “As a nation we’re letting too many people down… our faith teaches us to take care of each other.” Stuffmann calls for advocacy on the part of every individual by recommending that individuals “[raise their] voice and demand change… [by contacting] your legislator — demand that hunger be a priority.” Stuffmann stressed that real solutions to hunger must come from policy change.

If you choose to fast this Yom Kippur, think not only of your next meal, pray not only for forgiveness, but remember that for a lot of people, hunger is not about waiting for a fast to end.

Here are some ways to help: