For Generations, Chinatown’s Oldest Store Has Handpicked Its Teaware

What started in 1890 as the tiny family shop Wing on Wo & Co. is now a specialty porcelain store headed by 28-year-old Mei Lum. 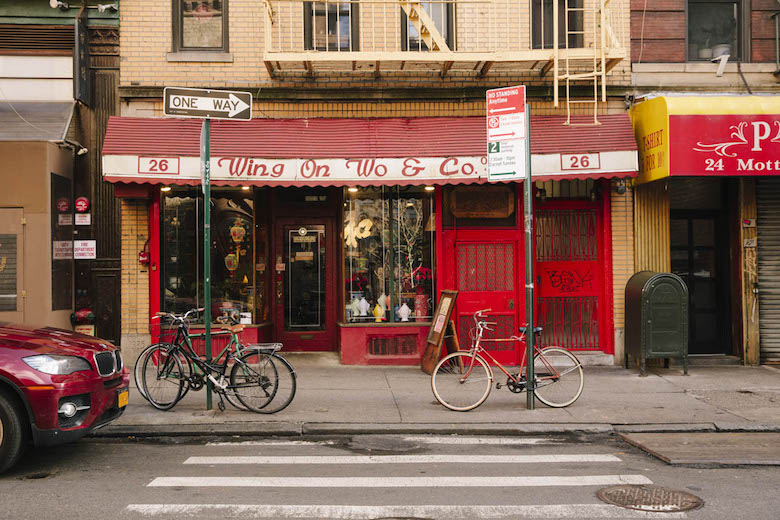 Wing On Wo & Co. is the oldest operating store in Manhattan’s Chinatown.

Before Wing On Wo & Co. was run by Mei Lum, it was run by her grandmother. And before that, by her great-great-grandfather, who opened it as a general store. That was back in 1890—and it’s been on Mott Street ever since.

What started as a tiny shop selling everything from canned goods to postage is now a specialty porcelain store and the oldest operating business in Chinatown, headed by 28-year-old Mei. She’s spent the last three years running W.O.W., as it’s affectionately known, with an eye toward its historical narrative as well as future and ongoing community engagement. 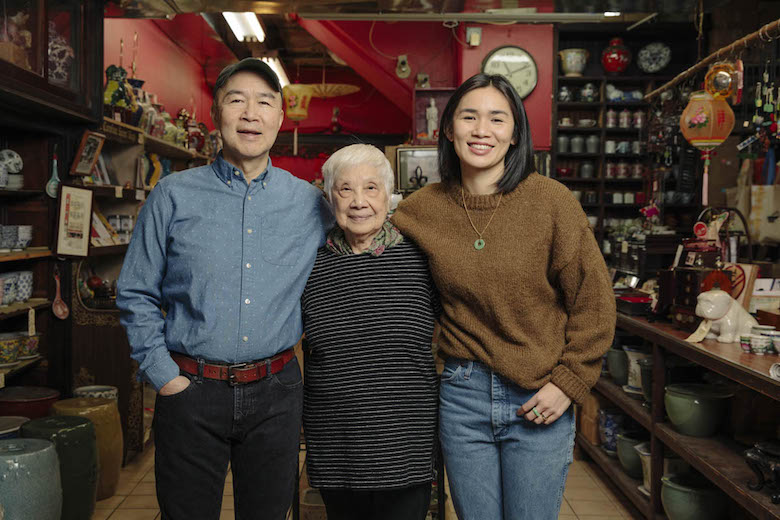 Mei (right) with her grandmother Nancy (center) and her father, Gary (left).

For five decades, every piece in Wing On Wo’s extensive selection of dishes and teaware was handpicked by Mei’s grandmother, Nancy Seid, on annual sourcing trips to Hong Kong. “When you look at Mei’s grandma’s collection, you can see a specific style,” says Nate Brown, 28, W.O.W.’s director of product, who oversees curation, design and sourcing for all of the shop’s pottery. “There’s a lot of intricate multi-motifed pattern work, like classic cabbage plates and wan shou wu jiang”—an elaborate Qing-period design often reproduced on cheap melamine tableware—“that is much more unique than if she just stocked monochrome or blue-and-white pieces.”

Now, in a Chinatown of impending gentrification and trendy bars touting “Asian-inspired” cocktails, Mei is pursuing a vision for Wing On Wo that builds on its history without supplanting it. “For us, it’s about staying true to the tradition of handpainted pieces, along with the new energy of young ceramicists.” 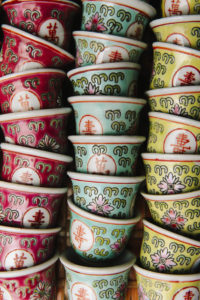 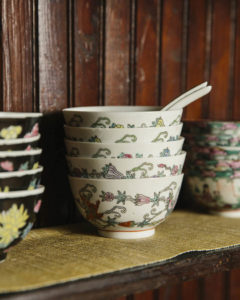 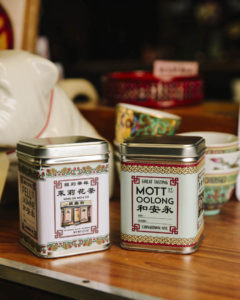 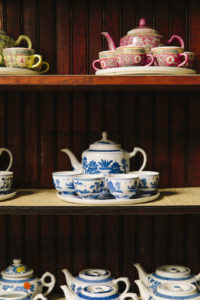 Teacups and tea jars are among the store’s best sellers, and Mei and Nate have been seeking out new hand-painted designs in Jingdezhen, China’s “porcelain capital.” Looking at their latest haul, you can see how W.O.W.’s fifth-generation shopkeeper is paying homage to her grandmother’s aesthetics. In addition to contemporary work made by emerging Chinese artists, she’s chosen brightly colored, updated takes on traditional flowers, fruits and dragons that hark back to Nancy’s decades-old collection.

“Mei and I had been eyeing these teacups for a while, and both of us are really excited about them. They’re really detailed and really well painted,” Nate says of the newest cups. His favorites include one with plump peaches floating in a darkened sky with ribbons and clouds; an orchard scene depicting a split pomegranate, dark seeds exposed; and a teacup painted like an open lotus flower. To find these pieces, Nate, who spends half the year in China and has studied Jingdezhen’s post-communist ceramics industry, goes from studio to studio, meeting and working with individual artists. “These patterns are unique to W.O.W. There’s no other retailer in the United States selling them.”

In addition to refreshing Wing On Wo’s teaware collection with handpainted teacups unique to W.O.W., Mei also wanted to apply the trifecta of tradition, quality and designs from emerging artists to the tea itself. The shop had previously stocked mass-produced teas that sold well for the kitschiness of their illustrated tins—despite the fact that the product inside wasn’t something the family themselves would drink at home. Once the last of it sold out, Mei took the opportunity to launch a new tea line that delivered what customers had liked about the original teas while still being in line with her new vision for the store. 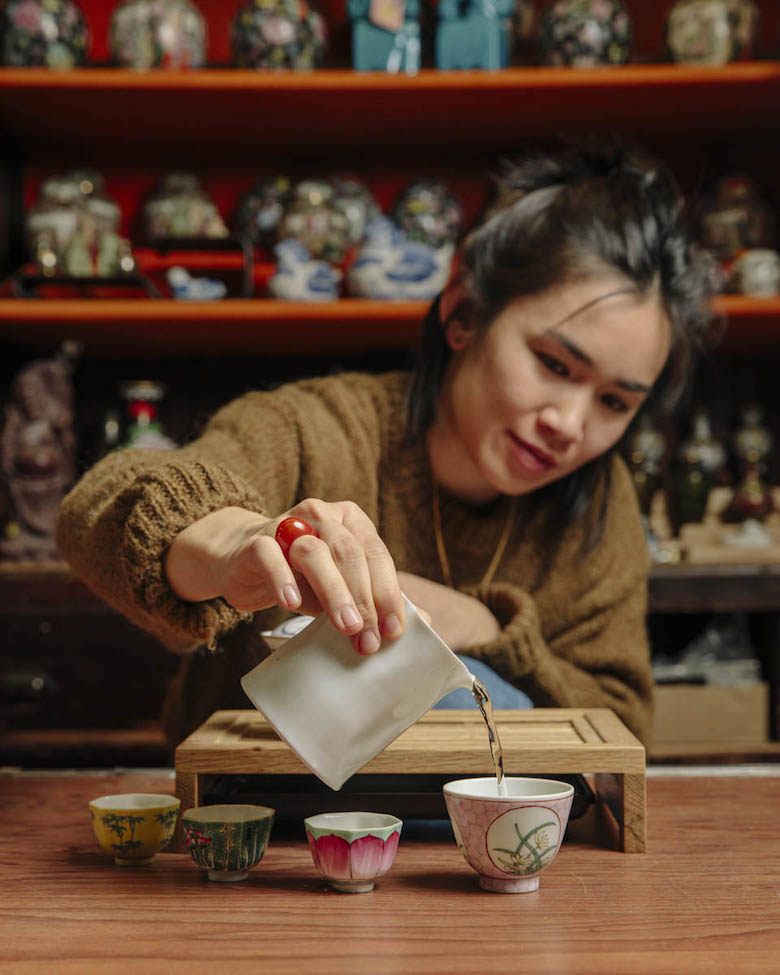 In addition to refreshing Wing On Wo’s teaware collection with handpainted teacups unique to W.O.W., Mei Lum also wanted to apply the trifecta of tradition, quality and designs from emerging artists to the tea itself.

After blind-tasting a variety of different teas, Mei settled on a dark oolong that Nate sourced from the Wuyi Mountains in northern Fujian. It had a likeness to black tea—rich and nutty with a lot of body—which the two felt would appeal to tea aficionados, tea novices and neighborhood residents alike. Even though Mott St. Oolong had a higher price point than their previous product, a little customer education and an ornately patterned tin by Chinatown-born designer Lexton Moy went a long way. It sold out in just six months.

Jasmine tea, the newest addition to Wing On Wo’s selection, isn’t always considered a “connoisseur’s” tea, but Nate found a high-quality harvest from Ningde, Fujian, whose leaves are hand-rolled into “pearls” that can be brewed up to seven times. Even Nancy likes it. “My grandmother is its number one fan and boasts to customers that she drinks it every day,” Mei says. 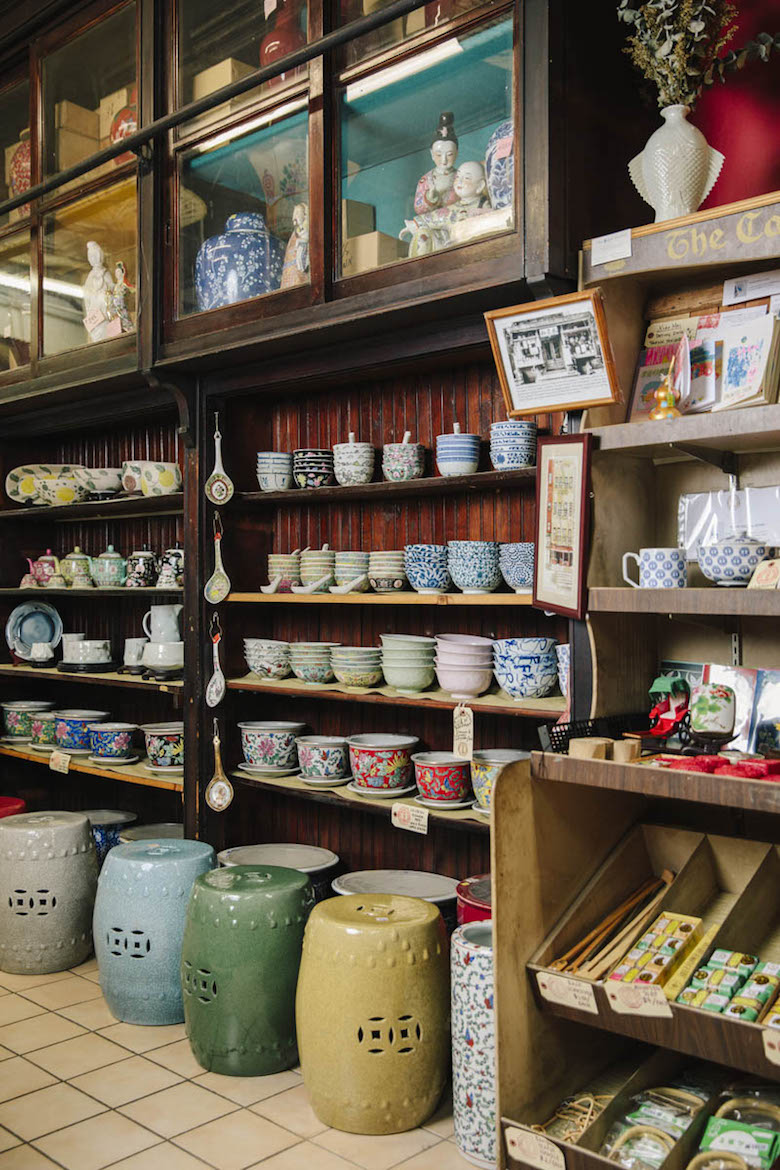 Teacups and tea jars are among the store’s best sellers, and Mei and Nate have been seeking out new hand-painted designs in Jingdezhen, China’s “porcelain capital.”

Even as the family matriarch has taken a back seat in the day-to-day management of the business, her presence is strongly felt. “When I’m sourcing things—and I think this is true for Mei, too—I’m sourcing equally for the people shopping in the store as I am for what Mei’s grandma will like. To be able to riff off her collection is a real privilege,” says Nate.

So how does Nancy Seid, now 89, feel about the updates to the Wing On Wo & Co. she ran for 52 years? “She really likes them,” her granddaughter says. “Products she might be skeptical about—as soon as she sees a customer pick it up, that feeling disappears.”