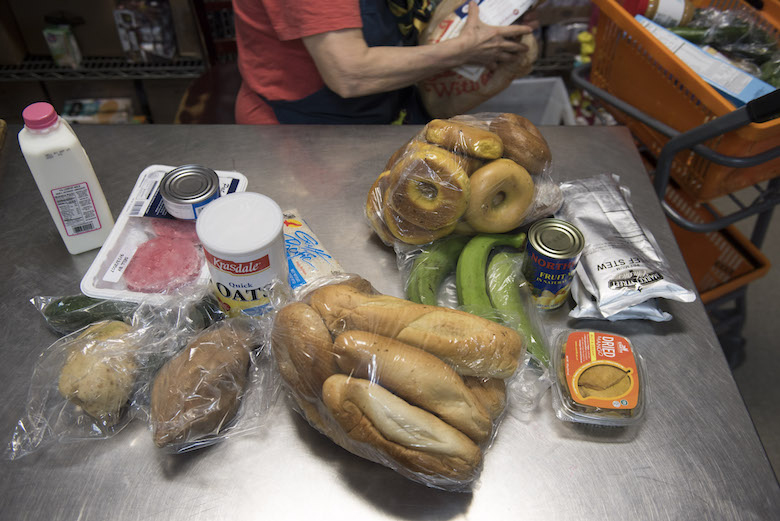 “A significant proportion of CUNY students continue to experience food insecurity and hunger,” says CUNY public health professor Nick Freudenberg. “That this is true in the richest city in the world should be a call to action.”

In early January, researchers at the City University of New York (CUNY*)’s Urban Food Policy Institute released preliminary findings from a survey they conducted across the public university system’s 24 campuses: Over 20 percent of CUNY undergrads—nearly 50,000 of them—were food insecure in 2018.

While this represents a drop from the researchers’ findings in 2015 and 2010 (22 percent/54,697 students, and 39 percent/82,530 students, respectively), CUNY public health professor Nick Freudenberg calls the new figures “significant.” He points out that students with limited access to food are more likely to have low GPAs, take leaves of absence or to drop out of school altogether.

“For many students, food insecurity is a consequence of paying for tuition and books and transportation,” says Freudenberg, who developed and led the survey all three years. “This is not just a health or moral issue, it’s also an academic one.”

After the 2010 survey, several CUNY campuses created food pantries and introduced an initiative called Single Stop, to assist students in enrolling in SNAP (aka food stamps). Freudenberg believes these efforts may have positively impacted campus food insecurity rates then; he and his colleagues believe a new slew of interventions are called for now.

For starters, the institute is aiming to make more CUNY matriculates aware of available food pantries and Single Stop services. During the fall semester, students at John Jay College of Criminal Justice and Hostos Community College trained to become food security advocates, helping spread the word to their fellow undergrads. The institute also put out a faculty guide to addressing food insecurity in the classroom. It covers things like listing campus resources on syllabi and studying the issue in relevant courses. Freudenberg hopes this will have an added bonus of beginning to reduce stigma around seeking food assistance.

Reducing costs and improving quality at campus cafeterias is also on the institute’s agenda. “Many students have told us that food in the cafeterias is too expensive and isn’t always healthy or appealing,” says Freudenberg. He wants vendors to change this; lower costs and better food “would bring more students in,” Freudenberg says, which would ultimately benefit vendors’ bottom lines as well.

Changes to SNAP eligibility requirements on the federal, state and city levels may have played a part in reducing food insecurity among CUNY students after 2010. Freudenberg would like to see another, related, change—namely, to SNAP’s 20-hour-workweek requirement. A lot of part-time jobs are capped at 19 hours so that employers can avoid paying higher benefit rates—rendering many students ineligible for SNAP. Connecticut, California and Massachusetts have all been working to change this; Freudenberg hopes New York will take it on, too.

Finally, 13 CUNY schools have food pantries on campus; some are robust while others are less so. The latter, explains Freudenberg, “may run out of food, or have space concerns or funding concerns.” He thinks Andrew Cuomo’s support for food access could help turn this around. The New York governor’s inclusion of the “No Student Goes Hungry Program” in the 2018 budget also encouraged CUNY administrators to request additional state funding to support their own food security initiatives.

Will these efforts lead to a meaningful drop in food insecurity numbers by the time the researchers are able to look into their impacts? Freudenberg is optimistic. But in the meantime, “a significant proportion of CUNY students continue to experience food insecurity and hunger,” he says. “That this is true in the richest city in the world should be a call to action.”

* Disclosure: The author’s spouse is a CUNY employee.