To celebrate the coming of warmer weather and the promise of greener pastures, join Mezze Restaurant group at the James Beard House for their “Berkshires’ First Taste of Spring” dinner. 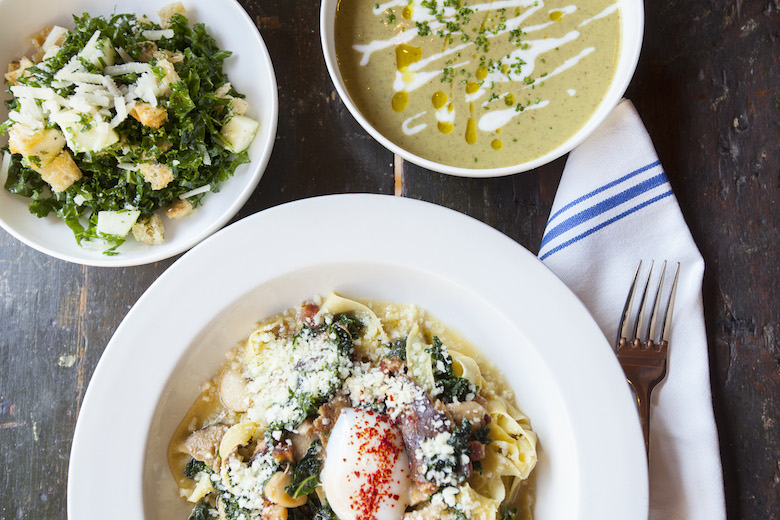 The high temperatures may still hover around freezing in early March, but the very first signs of spring are struggling to break the ice in the Berkshires. Farmers are starting to plant hoop house-protected microgreens and kale, and it won’t be long before the first forgeables make walking in the woods a little more delicious. To celebrate the coming of warmer weather and the promise of greener pastures, join Mezze Restaurant group at the James Beard House at 7:00 p.m. on March 9 for their “Berkshires’ First Taste of Spring” dinner.

As we covered in our fall travel issue, the Berkshires brought the first CSAs to North America and the held the nation’s first Agricultural Fair in 1810. The region has a history of raising animals — Merino sheep were showcased at that first gathering. Farmers and families alike have long preserved crops from the fall harvest in root cellars, and cheese is produced year-round.

To celebrate the historic roots (and root vegetables) of the Berkshires, the menu includes Vermont lamb tartare, parsnip cake and pressed pork belly from East Mountain Farm. “The authentic first tastes of Spring include maple, fresh greens and foraged items after the ice melts. Although we will not yet have made it to the Spring Equinox and snow will still cover our landscape in March… we’ve preserved fruits and vegetables and we’ll be spotlighting regional cheeses. We will bring early crops with us as they become available,” says Mezze Restaurant group co-founder Nancy Thomas.

Have no fear: while chefs Daire Rooney and Nicholas Moulton are committed to sourcing at least 60 percent of their ingredients from the Berkshires and featuring local farms wherever possible, the dinner will not fall victim to militant locavore martyrdom. Sour cherries and cashew butter will accompany burnt parsnip, and the menu inclusion of Spanish octopus offers a surprising splash in the pan. Check out the full menu here.