This #Fig, Mascarpone & #Basil #Sourdough Toast by @healthy_belly is perfect for #ToastTuesday! #LocalGrains Get the recipe from our @thefeedfeed Partner Page. thefeedfeed.com/GrowNYC ⭐️Show us what you’re cooking & baking from your Greenmarket haul by adding #GrowNYC #feedfeed to your pics for a chance to be featured on our feed.

There’s a booth at the Union Square Greenmarket that is heaven for anyone who wants to nerd out about bread. On any given Wednesday or Saturday, the stand sells a variety of flours and grains grown and milled in our region. The booth is the consumer-facing part of the Greenmarket Regional Grains Project (GRGP), which for more than a decade has been working to create a marketplace for grains produced in the Northeast.

On Wednesday, November 8, steps from the Union Square Greenmarket, at Grow NYC’s Project Farmhouse, Slow Food NYC will honor the work of June Russell, who started the GRGP at its big bash fundraiser, The Slow Down. The not to be missed party will feature drinks and delectable hors d’oeuvres crafted by The Cleaver Co., and an extraordinary silent auction of one-of-a-kind, food-centric experiences. The evening’s proceeds benefit Slow Food NYC programs. We talked to Russell about the GRGP, what it feels like to be named a Slow Food NYC “Snailblazer” and more. 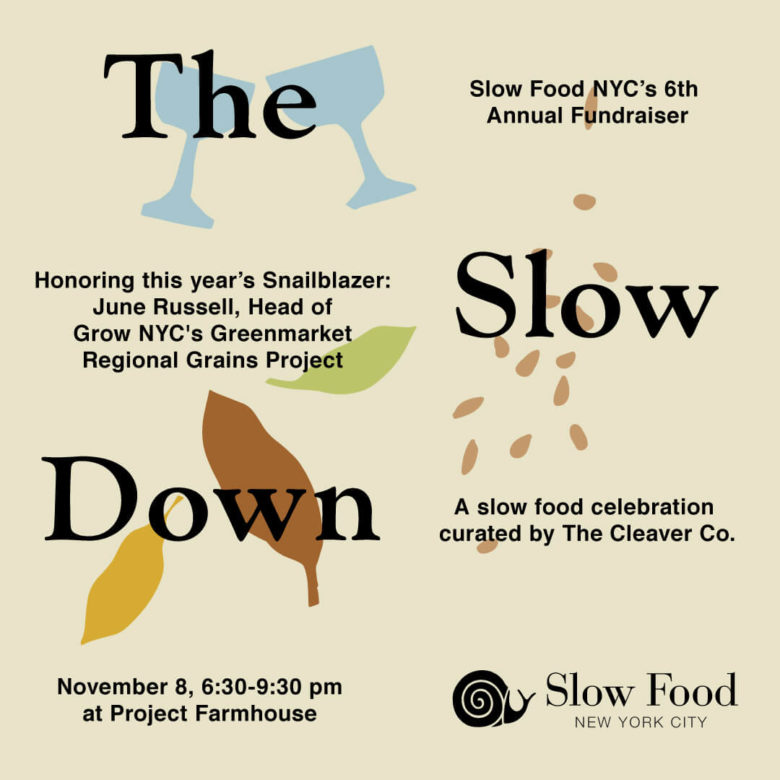 Edible Manhattan: For our readers that don’t know, can you briefly describe the Greenmarket Regional Grains Project?
June Russell: The GRGP was born a decade ago, when we began working to facilitate the re-introduction of small grains to regional farms, to make those ensuing crops accessible to consumers, and to build the market through education. Over the years, we have worked on various aspects of the “grains equation,” like producing case studies and videos and holding (many) workshops and tastings. In 2014 we launched a pilot retail stand that has now become a regular fixture at the market. It’s turned into a terrific way to reach consumers and chefs and to test market new varieties that are coming online in the region.

EM: What was the original inspiration for the GRGP?
JR: Cranky farmers annoyed that bakers were occupying valuable space at the Greenmarket, literally selling banana bread made with commodity flour and doing nothing to support the mission of the market. They had a legitimate gripe. When I started working on this in 2007, there was already a rule on the books requiring bakers to use local flour. The only problem was, there was not much of it, and it was really not feasible to expect bakers to use 100%. It took two to three years to get the lay of the land and identify collaborators. By 2009 we created new rules that required our bakers to utilize a minimum of 15% local grain to be eligible for participation at Greenmarket. 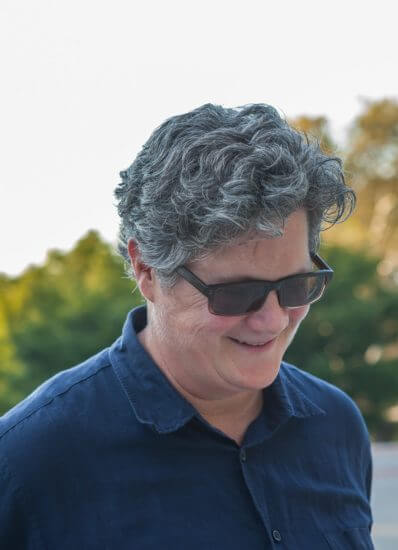 EM: How has the GRGP evolved over the years?
JR: What began with that quest to find local flour for bakers expanded to include any and all grains that could be produced in the region, like rye, spelt and oats, etc. and now includes other staple and cover crops like beans, and seeds. We have also seen innovative product development, which now includes craft spirits, beer, but also seed oils, and postproduction waste products like spent grain flour. It’s been incredible to witness the creation of new infrastructure in the region.

EM: What’s next for the GRGP?
JR: I could use a beer and a nap. After that, we are part of a national team that will work on developing multi-use, hull-less (naked) barley for animal feed, food, and malting grade. We are also focusing on our operations and just moved into a new warehouse, allowing us to work with more growers and operate more pop-up markets.

EM: You’re being awarded a “Snailblazer” at Slow Food NYC’s Slow Down. How does that feel?
JR: It’s a little intimidating. Being on a list with others like Mary Cleaver and Andrew Tarlow (to name just two) is an extraordinary honor. I am a huge fan of how previous honorees operate and do business in the world, and admire the Slow Food ethic in general. I’m not so comfortable, however, with the exposure as I have always been more of a supporting player. But this project has pushed me to step up and be a spokesperson, so I take that to heart.