The Woman Behind Belmere Catering’s Haitian Cuisine Cooks to Heal

Rose Michel fled an abusive relationship and found joy in food. Now she brings her pumpkin soup, griot and black mushroom rice to the masses. 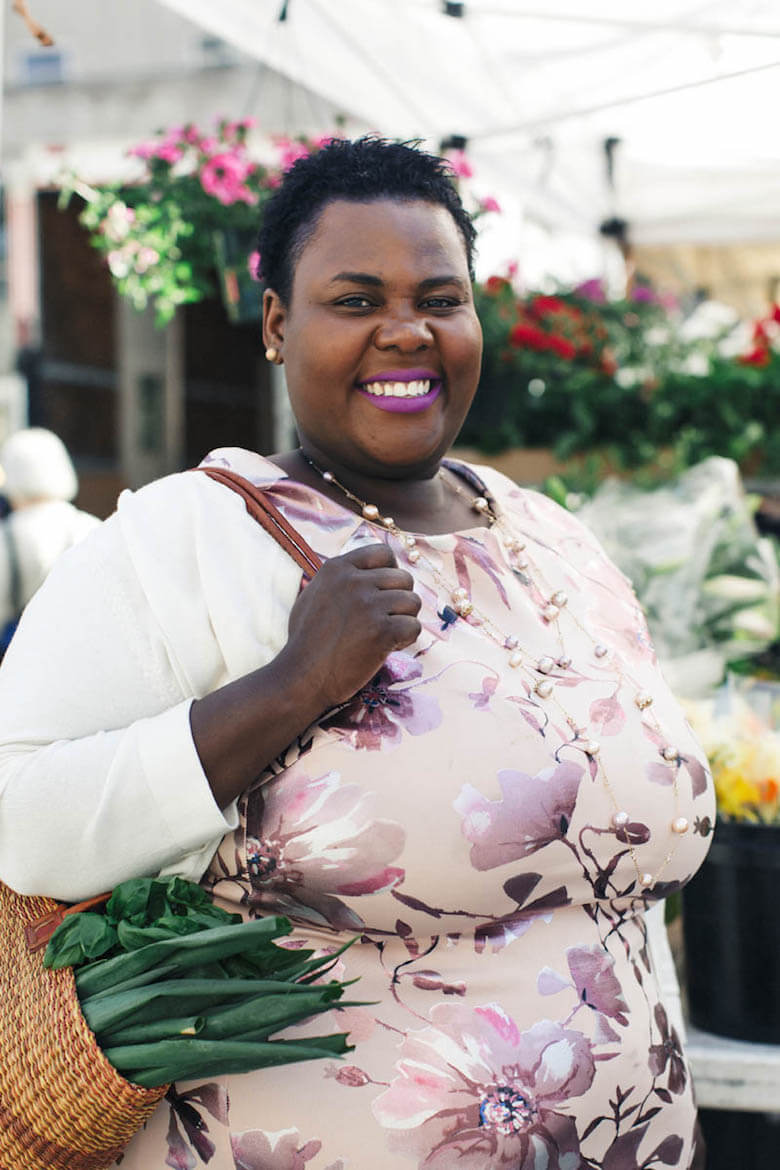 When you ask Rose Michel about her kids, she’ll tell you about how fiercely her 10-year-old son loves his little sister. Michel—a Haitian-American chef—runs Belmere Catering, a business her son hopes to build and one day inherit. Michel is also days away from releasing her cookbook memoir, Completion: How Cooking Saved My Life. Just four years ago, though, Michel was pregnant with her daughter, fleeing an abusive relationship and living in Sanctuary for Families domestic violence shelter with her son.

“If I didn’t actually leave the violent relationship, I don’t think any of my success in my career and with my kids would’ve come into fruition,” Michel says. “Just knowing that my son had to go through that process at such a young age brings tears to my eyes, but I know that leaving was one of the best things I’ve ever done for both my kids.”

While living in the shelter, Michel often cooked scrumptious chicken wings and warm macaroni and cheese for other women and kids. On nights that Michel wasn’t cooking dinner, some women would panic, she recalls while laughing endearingly. One woman told her, “My son doesn’t want me to cook anymore because he loves your food so much.”

Even during a scary time in her life, Michel mustered up the love, energy and time for her community of survivors. She says everyone praised all of her dishes, but her pumpkin soup—or, as Michel and many Haitians call it, “Freedom Soup”—was a crowd favorite.

The warm, vibrant dish has a beautiful and deep history in Haiti, as well. In 1894, Haitian slaves and gens de couleur libres (free people of color) defeated the French and gained independence. After fighting for and winning freedom, it was time to celebrate and to eat pumpkin soup, according to the legend of how the dish got its name.

“All the women in the shelter came from different backgrounds and we all left everything that we knew behind,” she says. “But what we gained was our freedom and our peace of mind. When I cooked that soup for the women and kids in the shelter, it felt like we were free.”

Come join us at #smorgasburg today from 11-6 at Prospect Park! We have Griot, Black Mushroom Rice, & our special "Freedom" Soup! Be sure not to miss it 😉👌🏾 #womenchef #haitianchef #haitianfood #Belmere #food #foodie #brooklyn #caribbean

Michel, a daughter of Haitian immigrants, has loved cooking since she was a young child living in Queens. Even though her mom passed away from kidney failure when Michel was 8, she remembers watching her cook love-filled meals in their family kitchen. Her career in the culinary arts, however, didn’t catapult until she left her abusive boyfriend.

Before starting Belmere Catering in 2015, she worked in the administrative field as an executive assistant for various institutions. Then, after the earthquake hit in Haiti, Michel was compelled to help her homeland. She took part in building Community2Community, a nonprofit that assists rural Haitian communities create self-sufficiency. For the past seven years, even while living in the shelter, Michel visited Haiti to help build water sources for villages that had been devastated. She made friends with women who live atop a mountain in a village about 40 miles away from Port-Au-Prince. Their resourcefulness and grit left an indelible impression on Michel.

“These Haitian women made something out of nothing,” Michel explains. “And their food was just amazing.” She actually came up with the name for her company, Belmere Catering (which means “mother-in-law”), after fostering relationships with these women over the years. 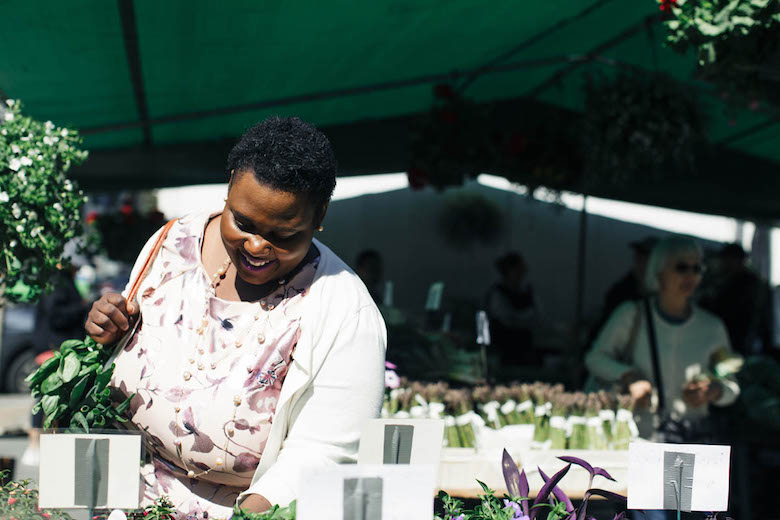 “Because they knew that my mom died, it was like they adopted me and told me they were my mother-in-laws.” she says. “Every day, I aspire to cook like the women living on that mountain.” Before finding Sanctuary for Families and leaving her abuser, Michel felt powerless. The only thing she did have control over was creating Haitian-inspired meals.  As long as she cooked, she says, she was able to feel a sense of belonging and peace.

While at the shelter, Michel says that Sanctuary for Families’ Economic Empowerment Program equipped her with skills to break the cycle of poverty and self-doubt that comes from abuse. Now she caters for corporate events, birthday parties and bridal showers. Creating Haitian meals gives her the power to move past the trauma even on bad days.

“When I’m cooking, I’m in my world and it’s not like I’m intruding into anyone else’s world,” she explains. “With cooking, you actually get to be hands-on with it. You get to pour the powder, the flour, the salt and then you get to see the magic of putting all of these ingredients together happen. There’s nothing more healing to me than hearing someone say that my food taste good.”

After establishing her catering company two years ago, Michel soon became a regular Sunday food vendor at Prospect Park’s Smorgasburg, where her son loves helping her with the cash register and counting out change to customers. This year, while serving up deep-fried pork and her famous soup to Brooklynites at Smorgasborg, she was selected as one of 25 chefs to cater the 10th anniversary of the New York Food and Wine Festival.

“I believed it’s because they tasted my pumpkin soup!” she says with joy and assuredness. “It’s just so surreal to be where I am today.”

While writing Completion: How Cooking Saved My Life, Michel was able to trace how the pieces and events (good and bad) of her life have led her to where she is now. By interweaving personal anecdotes with recipes, Michel is pushing people to have uncomfortable discussions about domestic violence and health relationships at the dinner table.

“Sometimes we think we’re not complete while we’re going through a tough time like leaving an abusive relationship. And sometimes, we have to go through the process of leaving and healing to understand what our whole life is about,” Michel says. “It’s like completing or cooking a whole meal; you never really know what the meal looks like until it’s complete.”

Today, she’s in awe as she watches her son manifesting his goals at such a young age. He created a vision board, which he uses to tack up images like a photo of Barack Obama for “power,” Michel’s catering business card for “future planning” and even a photo of an engagement ring because he’s certain his mom will find the man of her dreams (and, when she does, he’s planning her wedding).

“He definitely knows everything about where we’ve been and where we are right now,” she says. “Women who choose to leave an abusive relationship aren’t messing up the children or breaking up the family—because leaving actually makes you and your kids stronger and safer.”