If you grew up on an average American diet, you’re likely to view whey, if you do at all, as the watery runoff drained from ricotta cheese or dense Greek-style yogurt. Essentially, whey is the nuisance that’s gets between you and lush dairy. But if you had grown up, say, in ancient Rome, you’d have a different view. The physician Galen had identified whey as serum— literally, Latin for “whey”—a powerful concentration of nutrients and health- promoting properties: the sword-and-sandals version of bone broth.

To get one ounce of industrial Greek-style yogurt, two to three ounces of whey must be centrifuged off. Yet in New York State—which, with Chobani and Fage based here, manufactures more Greek-style yogurt than the nation of Greece—most of the state’s billion gallons of whey is wasted. Sure, some goes to livestock, and a bit is mixed with manure for fertilizer, but the rest is simply dumped. Or not so simply, because, according to Adam Kaye—who, with his brother Jeremy Kaye, co-founded Spare Food Co.—“The majority gets pre-treated at an expense.” 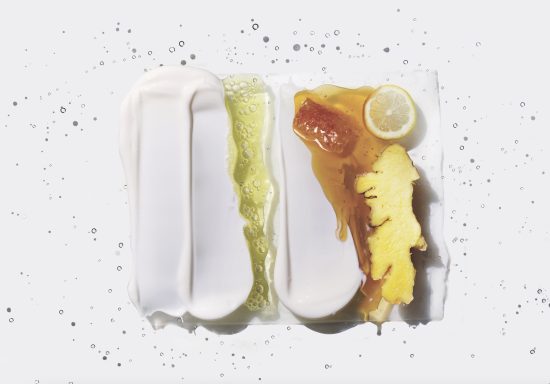 Nothing to Spare.
Each can of Spare Tonic has only 4 ingredients besides water. Here, lemon and ginger are joined by whey and honey for Lemon & Ginger Spare Tonic.

He explains, “You can’t just dump this stuff; it has a low pH; it’s very acidic. So, it acidifies groundwater, which results in a whole host of environmental and agricultural issues. It’s full of live yogurt culture, and they’ve done studies that show when whey enters lakes, rivers, and streams in high concentrations, those aerobic organisms basically consume all the oxygen in the water, which leads to fish die-offs and algae blooms.”

Jeremy and Adam Kaye use whey in Spare Food Co.’s first product, Spare Tonic, a hybrid soft drink that straddles a sort of burpless kombucha and naturally flavored sodas. Beyond pairs of flavorings (Cucumber & Lime, Blueberry & Ginger, Peach & Turmeric, Lemon & Ginger), each soda has just two ingredients: whey and honey. As one might expect from Adam Kaye— most recently, culinary director at Blue Hill at Stone Barns—the drinks are delicious: sparkling, brightly flavored, and subtly sweet with a silken body and a ghost of lactic tang. What is surprising is that Spare Food Co. is not a beverage company.

Spare Food Co. is the logical next step from Adam Kaye’s work at Blue Hill at Stone Barns, which is dedicated to finding the noblest use of every product generated by its kitchen, farm, and immediate region. In 2017, Kaye and the Blue Hill team held the wastED pop-up in London that spun haute cuisine out of vendor discard—fish skeletons, stale bread, and broken rice. At Spare Food Co., Jeremy and Adam Kaye have zoomed out on the problem of wasted food. They’re not looking at farms and vendors as they relate to restaurant dishes; they’re looking at our wildly complex food industry as it relates to itself.

Let’s take the ethical and economic problem of New York State’s wasted whey. Homa Dashtaki, founder of The White Moustache yogurt company in Red Hook, holds a non-American view of whey. In Iran, where her family comes from, she says, “You just drink that shit … because you’re connected to the process that was required to make it—which is, like, it came from a cow who ate grass and then had a baby. And then the cow made this milk to nurture the baby. You just got that it can’t be wasted.” She continues, “Whether it’s an Iranian thing, or it’s economic, when you’re not privileged enough to throw things away, that becomes the source of innovation.” 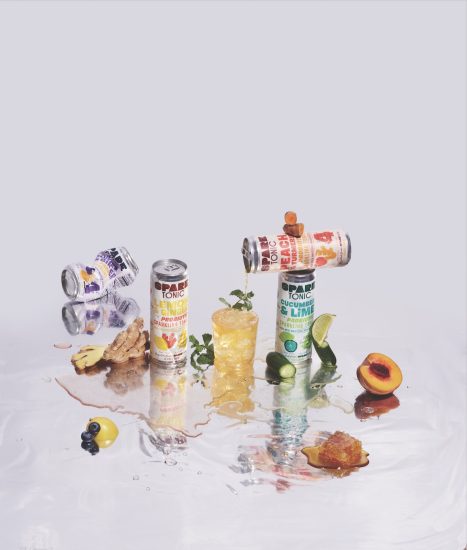 Milk and Honey.
The tang of whey makes Spare Tonic an intriguing mixer— it steps in as a short cut for making milk punch.

Dashtaki limits her yogurt production to correspond with the amount of whey she can use or sell. That choice “really choked off my whole business,” she says, but she refuses to waste her whey. Whey is loaded with probiotics and packs high doses of calcium and vitamins D and B12. Dashtaki uses her whey in The White Moustache’s probiotic tonics and ice pops, and she also sells some to Matchbook Distilling Co. in Greenport, Long Island, to make vodka. Dominique Ansel recently contacted her: He wants to bake with it—not surprising, as whey’s cultures, high acidity, and tang work like amped-up buttermilk. In fact, Dashtaki recommends brining your Thanksgiving turkey in whey. The cultures tenderize the proteins, she says, “and then the sugars in the milk get into the skin and make it crispy and richly colored. And the gravy is unreal.” Spare Food Co. uses Dashtaki’s whey in Spare Tonic.

The synergy of these businesses is elegant. Homa Dashtaki sources local milk from Hudson Valley Fresh to make her yogurt and whey in Brooklyn. Spare Food Co. trucks some of that whey to Peekskill to brew at Captain Lawrence Brewing Co.’s satellite site, which was closed by the pandemic. Packs of Spare Tonic return to Dashtaki’s Brooklyn warehouse to be distributed through Dashtaki’s existing yogurt sales channels. Spare Tonic is the product of a circle of cooperative local businesses that address the ecological, economic, and ethical problem of New York State’s wasted whey—in a way that’s beneficial to all. 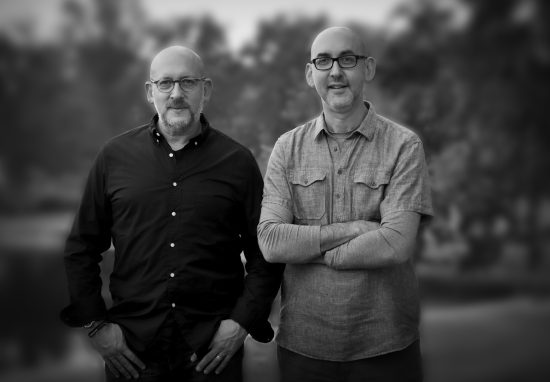 Spare Food Co. is looking to build further synergistic circles to address systemic food waste. It’s as complex as playing connect-the- dots in a pointillist painting. Spare Food seeks to identify at which point in our vastly diverse food system a specific food is wasted, then organize a system that extracts value from that product. Their hope is that the systems they devise can be replicated in other regions, maybe even internationally. But as Jeremy Kaye, whose background is in global brand strategies, observes, “I mean, it’s not easy—let’s be very upfront about that. If it were easy, more people would be doing it.”

Spare Food’s second product is called Spare Starter—it’s a bagged, locally sourced, vegan meal base of cooked vegetables that, according to Adam Kaye, can be deployed “in limitless ways.” The product addresses a problem identified by Dr. Lisa Johnson of North Carolina State University: Up to 54% of some crops never leaves the field. Says Adam Kaye, “It’s absolutely crazy—because it’s bruised, because its scarred, because it’s end of season. Like, it’s chillier, so people want butternut squash and suddenly don’t want eggplant. Or, it’s that seasonal change when some of the crop is ripe, but some of it isn’t, so they just till the unripe into the soil.”

Spare Food tested Spare Base at a large, New York–based catering company that came up with 12 menu items using the product. They envision it being used in corporate commissaries, schools, universities, hospitals; it has the added appeal of being a labor saver.

The innovations that Spare Food Co. is introducing feel simultaneously obvious and revolutionary. As Adam Kaye puts it, “We’re rewiring a system that’s not set up to do what we’re doing, and which we believe a food system should do.” He explains, “The way I look at it is that the large and entrenched food system is incredibly linear. And it’s incredibly extractive. You’ve got a raw material, you’ve got a finished product, and how do you get to the finish line as quickly and profitably as possible? And in that trajectory, there is valuable stuff that’s kind of spinning off and being wasted. What we’re looking to do is change that linear extractive into circular regenerative.”

Recipe by Iain Griffiths for The Spare Food Co.