What Happens When People Cook Food from a Culture That’s Not Their Own?

That’s the question WNYC’s The Sporkful has been asking in a four-part series. 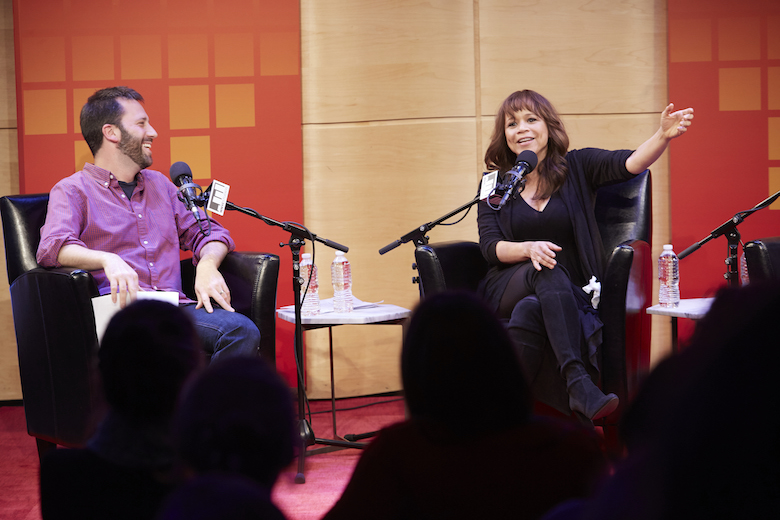 The Brooklyn-born Puerto Rican Rosie Perez started the night, speaking of how her aunt taught her to cook pasteles and more in their Williamsburg apartment

Nearly every day of our lives in New York City, we are eating the food of a culture to which we don’t belong. Enjoying the food is one thing, but what about when someone decides to immerse themselves in another culture and cook its food for profit? Is that… racist? That’s the question WNYC’s The Sporkful has been asking in a four-part series.

On Thursday, March 24, host Dan Pashman brought actress Rosie Perez, Ashok Kondabolu (a.k.a. Dap) of art collective Chillin Island and comedian Michelle Buteau together to The Greene Space to record a live edition that will air as part four. Each speaker brought both humor and pathos in their answers to Pashman’s questions, where he sought understanding rather than definitive answers on the topic at hand.

The Brooklyn-born Puerto Rican Perez started the night, speaking of how her aunt taught her to cook pasteles and more in their Williamsburg apartment by measuring tablespoons in the palm of her hand. She also voiced her annoyance with those who ask, “Do you still eat rice and beans?” Pashman pushed her to explain where that comes from, to which she said the question reveals that “you don’t see me a human being first; you see me as rice and beans first.” 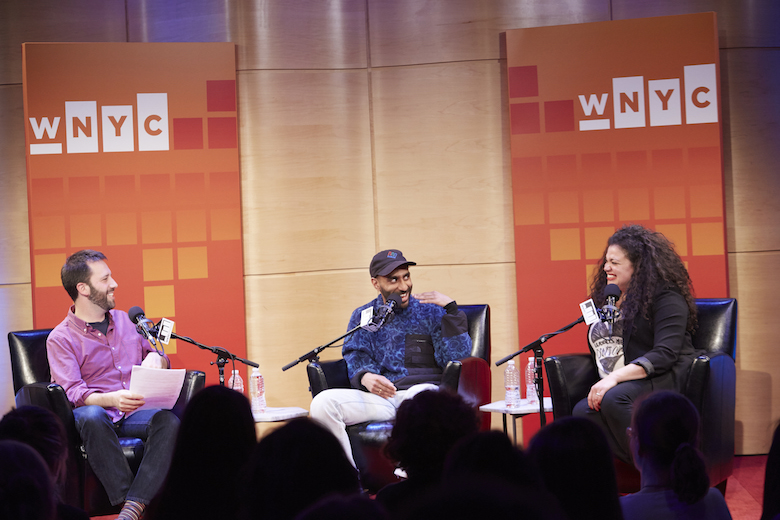 Dap brought a more frenetic energy to the stage as he spoke about why he doesn’t think the South Indian food of his family could ever become popular in the States, noting its spicy, sour and bitter notes. “If someone does it,” he did say, “I hope it’s a South Indian sell-out making the money and controlling the messaging.” In that, he hit on the major issue of why it’s problematic for people not of a culture to cook its food, later explaining further: “A white guy cooks Mexican food, gets money, TV shows and cookbooks; women in Sunset Park and Jackson Heights aren’t getting those opportunities.”

In other parts of the series, Pashman talks to Rick Bayless—the Chicago chef and restaurateur who’s become a go-to authority on Mexican cooking despite being white—The ABCDs of Cooking author and Brooklyn Delhi owner Chitra Agrawal, The UpSouth Cookbook author Nicole Taylor, and NYU’s department of food studies chair. Cross-pollination, appropriation and how media shapes our ideas of different cuisines are all explored with empathy and understanding, creating an illuminating conversation for anyone who cares about their food—and who’s cooking it.

You can watch a live recording of part 4, or listen along at The Sporkful’s website.

Photos courtesy of The Greene Space.