We’re taking “innovation” back in this issue, and I hope these stories broaden your idea of what the term means in 2019. 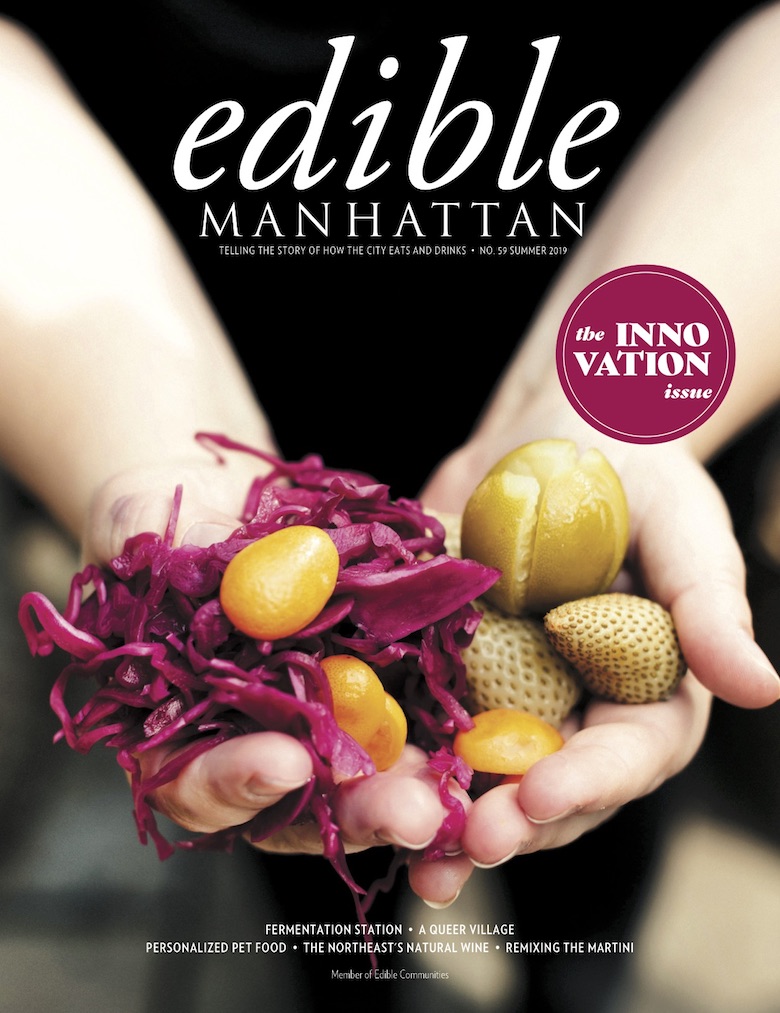 Editor’s note: You can read the full “innovation” issue here. It also includes stories from Edible Brooklyn, Edible Long Island and Edible East End. Use this map to find a hard copy near you, or better yet, subscribe here.

A mere week before going to press with this very issue, we considered changing its theme. Our edit team agreed that the term “innovation” can feel downright vapid these days, thanks to tech culture appropriation, and that our deserving story subjects shouldn’t get lost in the wash.

Reading the “Innovation” issue now, well, you know how that renaming exercise went. In the end, however, we didn’t make our choice because of laziness or lack of imagination but because the stories my fellow editor, Meg Harlow, and I chose months prior deserve this recognition in a true sense: They are in fact challenging the status quo, and in ways that actually matter.

First up there’s Karen Leibowitz’s “In Case of Sexual Harassment” PSA modeled after the choking first aid poster that’s in nearly every New York restaurant. Detailing action steps and also available online in Spanish and Chinese, I absolutely hope you’ll rip this page from the magazine and hang it in your workplace, restaurant or not. Fortunately/unfortunately it’s relevant everywhere.

In her feature, Leah Kirts highlights more progress from the back of house by applauding Fedcap Rehabilitation’s culinary arts program for people with disabilities. For Fedcap, the kitchen is a place where, if given the chance, their students can explore and express themselves in ways that they might not otherwise have the chance to do. If only we all had such an environment.

A similar sentiment rings true in Matthew Karkutt’s reflection on what queer communities lose in a New York trolled by real estate and apps. Having space matters and, in his own words published here on the 50th anniversary of Stonewall: “To be queer at any moment, to live and dream and dance in the wake of overt and subtle violence, is to be innovative. Queers are miracles of the human order.”

We’re taking “innovation” back in this issue, and I hope these stories broaden your idea of what the term means in 2019. I know for me at least, they help make this city a place where I want to be.