Their initial show is on view now through the end of January. 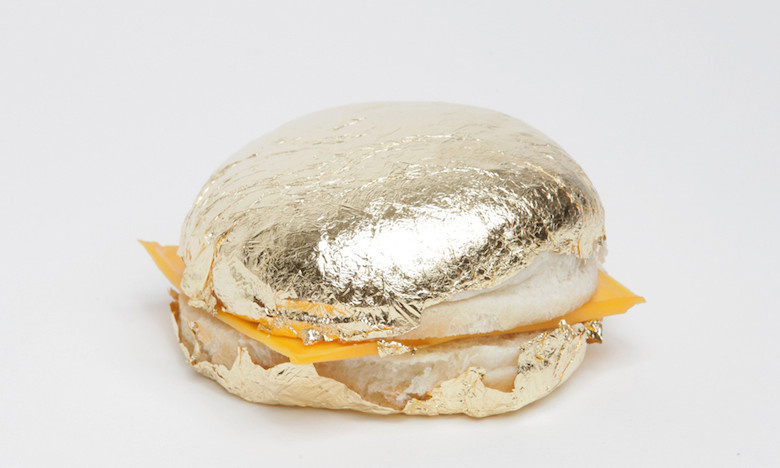 What do microbes, ceramics and molecular gastronomy have in common? They’re all elements of the Bronx River Art Center’s “Food Systems, Surroundings, and Sensibilities” program. Over the next two years, BRAC will host 10 art exhibits that focus on the medium of food. The first, “The Food Design Show,” is on view now with work from Ferran Adrià, Emilie Baltz, the Cotard Syndicate and Maggie Nelson.

Though you may not think of the Bronx as the first location for a study of food and art, it’s actually the perfect placement for this conversation. As the show’s curator, Karine Duteil points out, “The Bronx is very much a community built around food.” While its establishments may not receive the same attention as their Manhattan or Brooklyn neighbors, the borough supplies a large percentage of the food New Yorkers eat every day. One specific example is the The Hunts Point Market, which is the largest distribution hub for produce, meats and fish in New York City.

Unfortunately, the people of the Bronx are often left out of the dominant food conversation, and BRAC’s programming attempts to be, at least in part, reconciliatory. “Access to good food and fresh food is something that we feel like we should be looking at,” Duteil says. “We’re putting the topic on the table and tying it to all the research going on.”

The gallery opened on January 9 and will run through the end of the month. If art alone isn’t enough to entice you into a trip up to 140th Street, where BRAC’s temporary gallery space is located, the exhibit is also hosting two free special events. The first, on January 12, is a workshop with Stefani Bardin and Dr. Toby Heys, two of the members of the Cotard Syndicate. The event is a how-to for people who want to make their own M(y)crobes, on exhibit in the gallery space. M(y)crobes are essentially wearable petri dishes that react to the natural environment — the overall effect of which is more miniature terrarium than mold.

On January 22, Brett Littman, executive director at the Drawing Center, will give a lecture on the creative process of chef Ferran Adrià, whose preliminary drawings are on display at BRAC.

The subjects of the next nine exhibits in this series are still being decided. Duteil hopes to explore larger issues in food like hunger and food insecurity and believes this is the moment for this conversation to occur. “There’s been an emergence of artists using food as a medium,” Duteil says. “Artistically it’s a good time to start a topic like this.”