According to the city’s Department of Education, the program fits into the city’s overall efforts to ensure students receive high-quality, healthy lunch in a sustainable way. 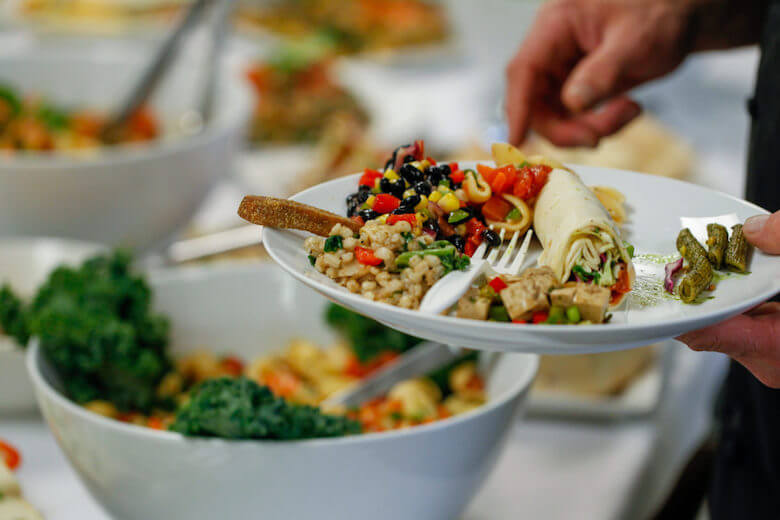 The Humane Society of the United States (HSUS) has partnered with schools, hospitals and universities, to help them add more plant-based options to menus. Photo: Lance Murphey for HSUS.

Crunchy tofu and baked penne, Mexicali bean chili, zucchini parmigiana—those were not options for school lunch when I was a kid but they were a few of the dishes students at some Brooklyn public schools ate on Mondays this past spring.

“I believe that Meatless Mondays is an extremely significant initiative that has the power to transform the health of thousands of our city’s students, as well as open the door to a powerful conversation that children can have with families on nutrition and wellness,” said Brooklyn Borough President Eric Adams.

Adams, who has detailed how a plant-based lifestyle has helped him deal with his Type 2 diabetes, was one of the leaders of the Meatless Monday pilot program. The DOE choose the schools involved in the test by gauging the interest of schools in the city. Those fifteen schools joined PS 1 in Sunset Park, the Peck Slip School in Manhattan and the Active Learning Elementary School in Queens (who serve an exclusively vegetarian menu every day of the week) in receiving customized menus with vegetarian entrees.

According to the DOE the program fits into the city’s overall efforts to ensure students receive high-quality, healthy lunch in a sustainable way. This past school year, the DOE began providing free school lunch to all public school students and schools also serve locally sourced or produced foods as part of “NY Thursdays.” The district has also increased recycling efforts by serving meals on compostable plates and providing schools with more discarded waste options including brown bins for food scraps, and white bins for liquids.

According to Kristie Middleton, managing director of farm animal protection at The Humane Society, the organization calculates that over a five year period those 263 school districts have saved nearly 600,000 tons of carbon dioxide as a result of serving meatless meals.

“There’s a tendency for many to have a negative preconceived notion about the food. In our experience though, once they try it, they love it,” Middleton said. “Our focus is to lead with delicious food that happens to be plant-based—that’s what’s going to make the program sustainable in the long term.”

According to the DOE, there was no additional cost to the city for the Meatless Monday program and all sourcing for the meals came through existing contracts.

“This is such a great step for Brooklyn and its schoolchildren, who will be learning that when it comes to a sustainable future, the food they’re eating matters as much as anything,” food journalist, author and faculty member at the Columbia University Mailman School of Public Health, Mark Bittman said. “We can only hope that the pilot becomes universal throughout the city.”

While the all-vegetarian breakfast and lunch menus at those schools will continue into the new school year the DOE is currently reviewing feedback on the pilot to determine next steps including whether or not to expand the program to more New York City public schools.