On December 26, Kwanzaa Crawl will bring a crowd to over 25 bars in Brooklyn and Harlem. 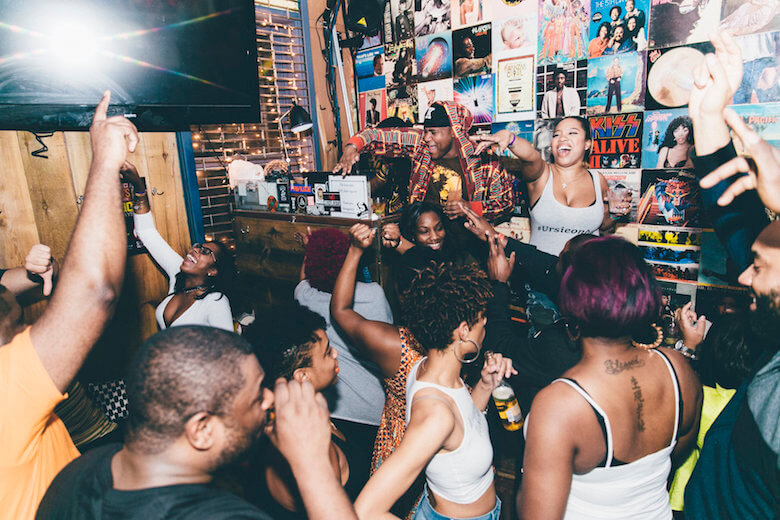 What does black economic power look like? It’s a question comedian Kerry Coddett asked her sister one day while coordinating a bar crawl for people of the African diaspora to unite in supporting black-owned businesses in their neighborhood. The idea became Kwanzaa Crawl, which launched in Brooklyn in 2016.

On the day after Christmas—the first of Kwanzaa—while many sleep in, over 2,500 New Yorkers will gather at noon for this year’s event. They will chant, dance and praise the strengthening of the black community and culture in the streets of both Brooklyn and Harlem, to a playlist created by Coddett with songs such as the classic McFadden & Whitehead’s “Ain’t No Stopping Us Now” and the black national anthem “Lift Every Voice and Sing” playing out of the organizers’ speakers.

Coddett, who envisions the crawl expanding nationally, encourages participants to dress in whatever makes them feel “unapologetically black and beautiful.”

“I want you to be able to be in your house, turn on the TV and be like, What is happening? Why is everyone in the street in head wraps and dashikis singing?” she says. 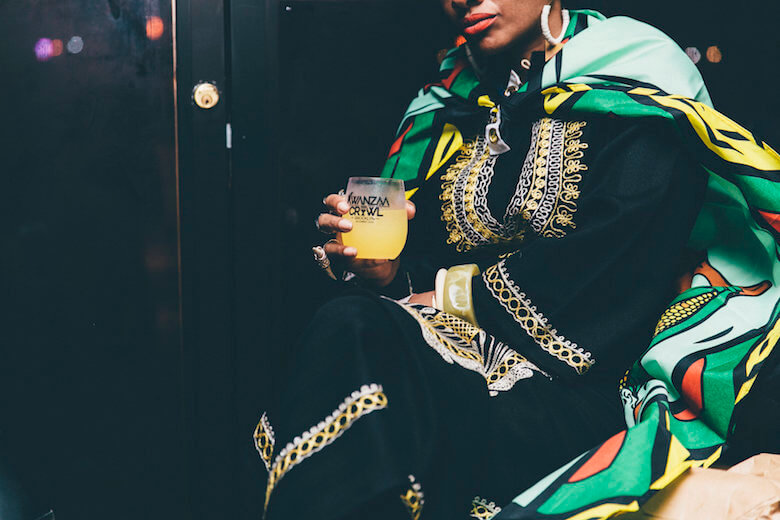 Last year, the event had over 1,600 participants who visited more than 17 black-owned businesses in Brooklyn. They’ve added a Harlem leg this year, bringing the number to over 25 bars across both neighborhoods. Harlem staples such as Silvana, Lenox Saphire Bar & Restaurant, Londel’s Supper Club and more will be participating and whipping up unique cocktails for the event.

“In the climate of this moment, we understand the importance of using our dollars, voices and other tools at our disposal to amplify our collective impact toward progress for black and brown people,” Coddett says.

As the co-founder of Operation Mobilize, the umbrella organization behind Kwanzaa Crawl, she is passionate about targeting issues around black economic power and has created the crawl to measure the impact the black community has on local businesses.

“Given the spending of black consumers and Kwanzaa’s emphasis on supporting black culture, and taking into consideration that many black people don’t know much about Kwanzaa,” Coddett says, “this crawl is an opportunity to educate people and make Kwanzaa cool again.”

Tickets are $20 each, with a portion of the proceeds going to Barbershop Books, a nonprofit focusing on bringing youth reading spaces to barber shops across the nation, and The BLK Projek, a food-justice initiative based in the Bronx that teaches youth of color how to farm. Every participant gets a cup and wristband, the latter entitling each crawler to entry and drink specials at bars.

“We learned a lot in 2016, and we know that this year will be an even greater opportunity for us to learn, unite and empower the members of our community to think about the impact they can have not just on individual businesses in their communities,” Coddett says, “but on the scale of this city, the country and even the world at large.”