Join us at our annual walk around tasting, Good Beer, vote for your favorite beer and win a $300 gift certificate to Manhatta. 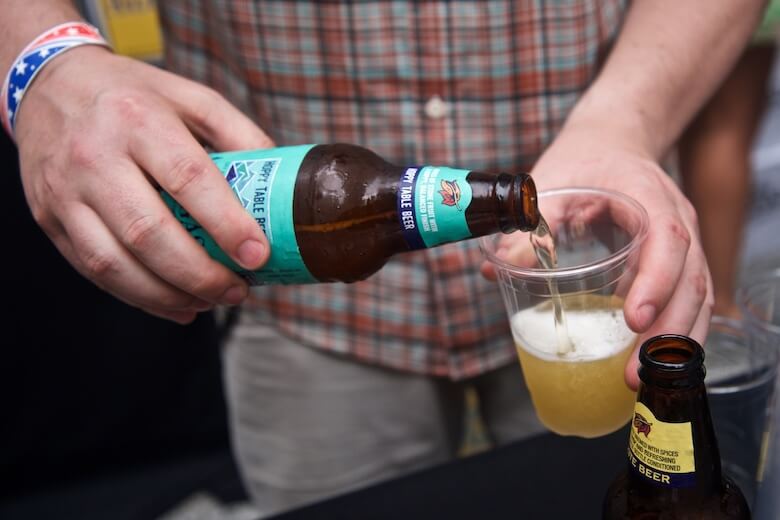 Throughout the evening, Good Beer patrons will be able to drop a ballot slip in a fishbowl setup at Fosun/28 Liberty’s table. Photo: Ben Jay

Whether you like your beer hoppy or fruity, sour or dark or simply in a chilled glass at the end of a long day, there’s a brew for you at Good Beer. The annual walk around, all you can eat and drink, party at 28 Liberty goes down on July 19. And this year 28 Liberty is raising the stakes of the event with a tasting competition.

Good Beer attendees will have the chance to vote for the best beer of the day, with the winning brew awarded a tap at Danny Meyer’s soon to open FiDi restaurant Manhatta.

The competition will be tough. Here’s a look at who will be serving beverages:

Throughout the evening, Good Beer patrons will be able to drop a ballot slip in a fishbowl setup at Fosun/28 Liberty’s table. Votes will be tallied after the event and the winning beer announced Manhatta’s, Edible’s, and 28 Liberty’s social media channels. At least a keg’s worth of the beer will be on tap at Manhatta, and to thank you for voting, one lucky’s voter’s name will be drawn to receive a $300 gift certificate to Manhatta.

While you’re trying to decide which beer to vote for you can eat dishes from:

But make sure to grab your tickets soon (they’re going fast). As it’s an outdoor event in the case we need to reschedule, we’ll return to 28 Liberty on Wednesday, July 25.