Looking at the Future of Local Food

This article appears in Winter 2019: Issue No. 61 of Edible Manhattan.

An interview with Karen Hansen-Kuhn of the Institute for Agriculture and Trade Policy. 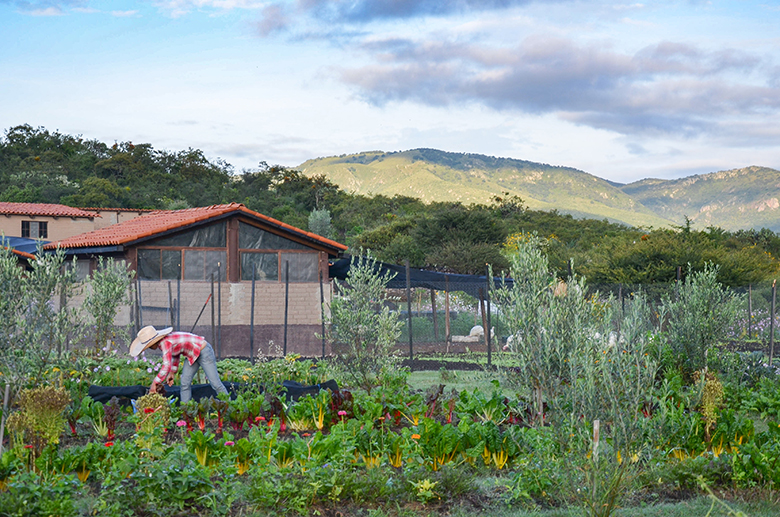 What is the potential impact of large-scale food system change on the environment as well as on producers and consumers? Photo by Rose Welch for Vía Orgánica

On the cusp of 2020, humanity stands at a crossroads: Will it continue on its extractive, exploitative path maximizing yields regardless of environmental costs or will it heed the last-chance call to live symbiotically in its environment, taking a path of stewardship of its host planet. And if the latter, what does that look like and how does one get there from here? What is the potential impact of large-scale food system change on the environment as well as on producers and consumers? How about the economy? Here the Institute for Agriculture and Trade Policy’s Karen Hansen-Kuhn shares her insights into what’s happening in the U.S. and beyond, and what getting on the straight and narrow food-wise might look like and mean.

Edible Manhattan: What does your organization do around food systems and what’s your role?

Karen Hansen-Kuhn: We need to work at all different levels to make the agricultural system fair and work for consumers and farmers. The Institute for Agriculture and Trade Policy does this through its work on a number of levels. Locally our programs seek to influence institutions such as school districts and daycare centers to buy more locally produced foods. This way farmers receive a stable income, and students and communities get fresh and healthy local food. At the international level we keep track of important trade processes that, though hidden from the public eye, have huge implications on local food systems. As the director of Trade and Global governance I spend my time looking at how we can positively influence policy and big trade agreements like NAFTA. 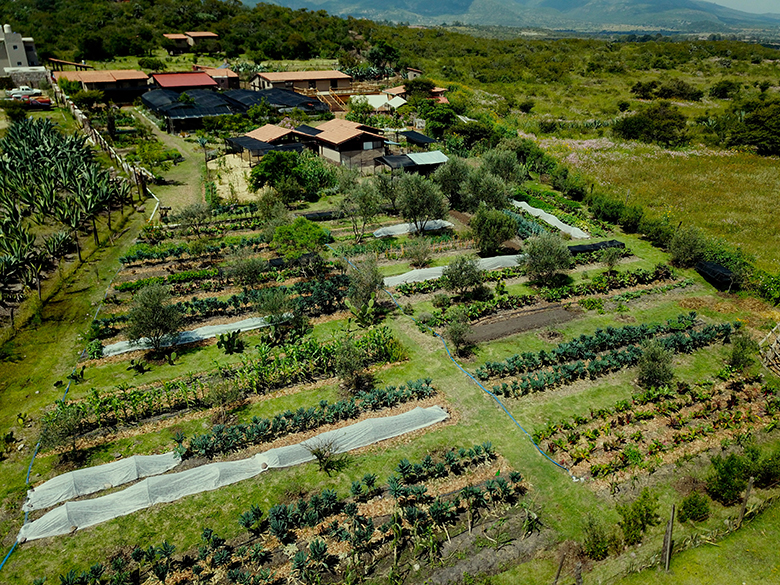 EM: Aah, NAFTA, an acronym thrown around a lot in recent politics. Without getting too technocratic, can you explain what that’s all about?

KHK: NAFTA is the North American Free Trade Agreement and has been around since 1994. At its most basic, it’s a pact between the U.S., Canada and Mexico to increase trade between those three countries for a range of goods and services. There are actually many similar trade agreements in operation between the U.S. and various countries, and they all share a number of things in common with NAFTA. When it comes to agriculture, one of the goals of these agreements is to try to “harmonize” food safety, environment and labor standards so that there aren’t barriers to trade. Often this can lead to pressure to lower those standards.

We need to ask our politicians for agricultural and trade policies that work for farmers that are trying to do the right thing.

EM: Getting more specific, high-fructose corn syrup seems to be everywhere these days. Is that linked to NAFTA? And what’s the impact on local corn production?

KHK: Corn is a good example of how big policies influence what ends up on the supermarket shelves. It all starts with domestic policy. The U.S. Farm Bill calls the shots on how agriculture plays out nationally and is heavily influenced by big agribusiness. The goal of these corporations is to produce huge quantities of a few crops at a cheap price in order to maximize profits. So the way the Farm Bill works is that it stacks the playing field in favor of these industrial producers through subsidies and other support. Small farmers tend to be the losers as it creates a “get big or get out” dynamic. Additionally, farmers are pushed to produce at such a high volume that they need to find more ways to sell their product. This means increasing the amount of corn in the food we eat. For example, you may have noticed that there are unhealthy corn fillers and corn syrup in much of our processed food. Thanks to NAFTA, any excess cheap corn the U.S. market can’t absorb can be sold to Mexico or Canada.

Imagine the impact on a country like Mexico, literally the birthplace of corn. When NAFTA went into effect, Mexican corn farmers producing healthier, local varieties of corn were drowned by cheap imports from the U.S. As a result, five million Mexican farmers were bankrupted, driven from their land and forced into low-paying contract farming for bigger operators and other low-paying work. Many went looking for work over the border in the U.S. In addition to the human cost, we are losing those corn varieties that are so important for climate resilience. Instead of moving toward environmentally superior forms of farming like agroecology, we’re getting our food system hooked on crops that erode our soil quality and require chemical pesticides and fertilizers. 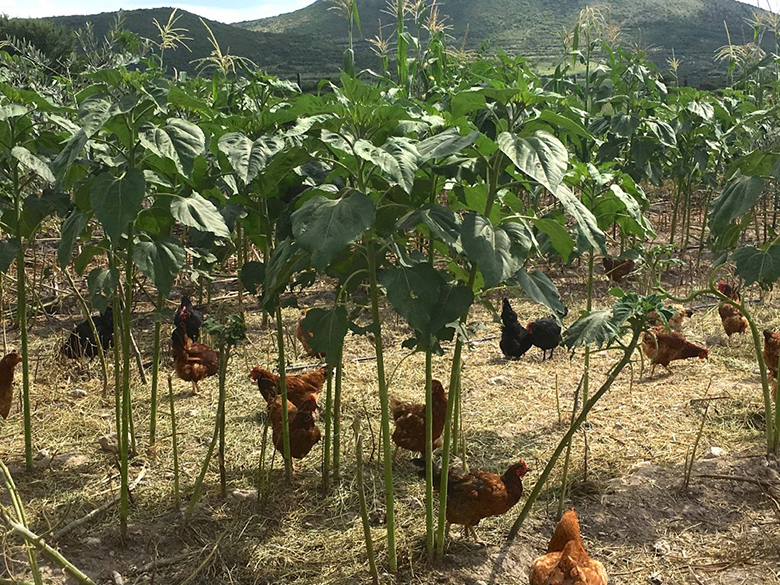 Agroecological approaches are seen as one of the best ways to produce enough food for the world and fight climate change by the UN’s Food and Agricultural Organization. Photo by Rose Welch for Vía Orgánica

EM: You mentioned agroecology, could you explain what that is and how is that related to organic farming?

KHK: Agroecology is a holistic form of agriculture that melds ecological concepts and principles, scientific understanding, animal welfare and local farming knowledge. The result is a practice that produces healthy food, maximizes biodiversity and keeps the soil healthy so that the land can continue to be productive in the long term. You’ve probably seen the term “integrated pest management” or IPM on your produce. This is an agroecological approach that uses ecological concepts to manage pests. Instead of using pesticides farmers can modify their farming techniques, for example they may use different crop variants, prune plants differently, introduce other animals that eat pests, or add beneficial fungi or bacteria. The idea is to maximise the health of the whole farming system, including protecting important pollinators like bees and keeping local water sources clean.

Industrial farming is the opposite of this, depending heavily on destructive chemical inputs, focusing on one crop instead of mixing complementary crops, and farming in a way that, over time, exhausts the natural productivity of the soil. 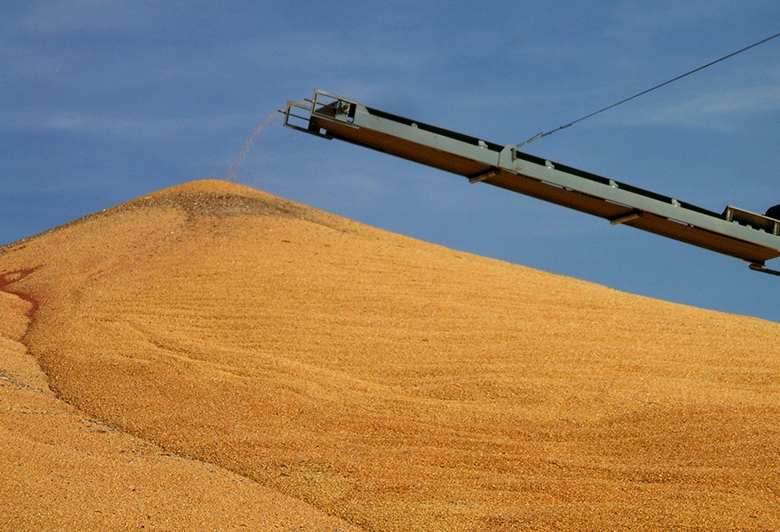 EM: How does climate change fit into all of this?

KHK: Agriculture makes a huge contribution to global carbon emissions. The way the land is managed makes a massive impact on how much carbon is kept locked in the soil or in trees and other plants within an agricultural system. Agroecological approaches are more effective at doing this than industrial agriculture and are seen as one of the best ways to produce enough food for the world and fight climate change by the UN’s Food and Agricultural Organization.

The loss of small, local farms also wipes out unique, locally adapted crop varieties. As the climate changes, farmers need to seek out plant strains that are hardy and can withstand droughts, floods, higher salt levels in the soil and other challenges that will be thrown at them. Large-scale agriculture wipes out the genetic diversity of local crops, replacing it with just a few kinds of industrially produced strains. 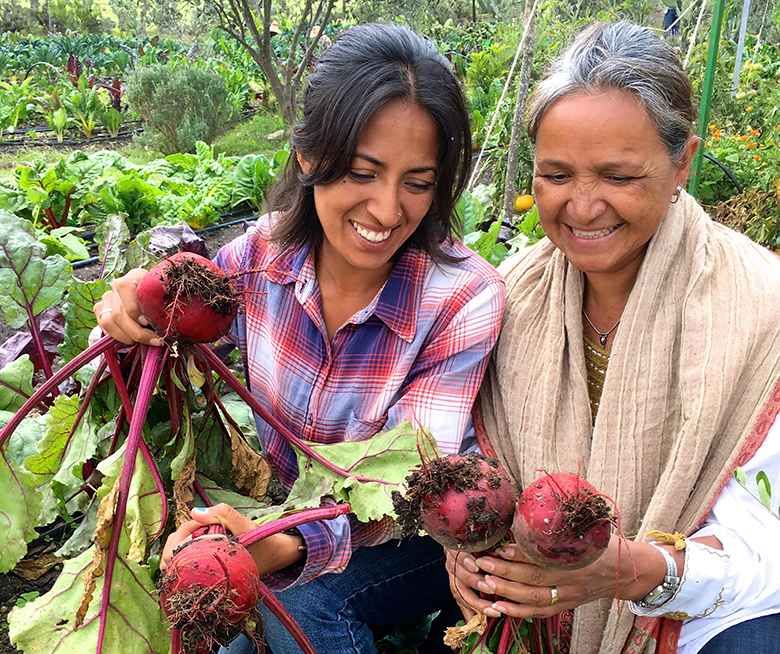 Supporting locally appropriate farming based on agroecological methods is the best thing all round. The problem is that national policy and trade regimes are stacked against this kind of farming. Photo by Rose Welch for Vía Orgánica

EM: How do we create a food system that is healthy for people, supports farmers, the environment, biodiversity and helps us respond to climate change? What can individuals do to help?

KHK: Fortunately the answer to all those questions align: supporting locally appropriate farming based on agroecological methods is the best thing all round. Many local farmers around New York and the rest of the country are trying to farm in this way. The problem is that they are swimming against the tide. National policy and trade regimes are stacked against this kind of farming.

We need to ask our politicians for agricultural and trade policies that work for farmers that are trying to do the right thing. In terms of current presidential candidates, so far, Bernie Sanders and Elizabeth Warren have very detailed plans on agriculture and both have important provisions to help farmers manage risk and ensure they get a good market price. Trump talked big about taking down NAFTA, but has done little for local farmers in practice, and his trade war with China has led to massive instability. Predictability, knowing what you can sell and how much you should grow, is one of the most important things for farmers and Trump’s disruptions have been devastating.

But don’t take my word for it. Find out more about what your political representatives are advocating for yourself. More importantly, visit local farms to find out how they work and strike up a conversation with the farmers at your local farmers market. Ask them what their experiences are and what they need. The more connected and knowledgeable we are about our food system, the better we can advocate for our local farmers.

Special thanks for the use of photos to Rose Welch at Vía Orgánica, a Mexican nonprofit organization whose mission is to promote healthy eating through organic regenerative agriculture, fair trade, a healthy lifestyle and protecting the planet.