What a Green New Deal Means for New York

Carbon neutrality by 2030 means city- and state-level implementation. Food, too, needs to be part of the solution. 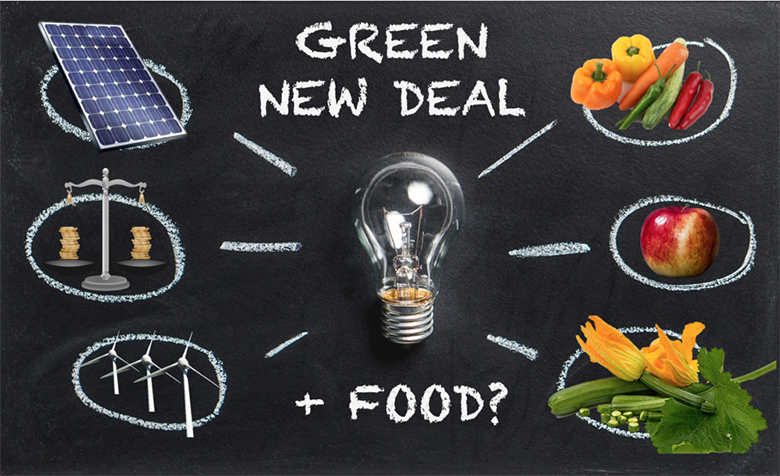 In complex and interrelated ways, food is part of the system. It also needs to be part of the correction. Image courtesy of CUNY Urban Food Policy Institute

The Green New Deal introduced to Congress by Alexandria Ocasio-Cortez and Ed Markey back in February isn’t just a potential framework for federal policy. Its vision for getting the U.S. to carbon neutrality by 2030 has to be implemented on city and state levels as well. That was the thesis of a forum held at the CUNY Urban Food Policy Institute (UFPI) on September 25, which addressed the urgent need to push this idea forward, as well as some of the complex and interrelated ways that food—mentioned in the AOC/Markey plan but too minimally, according to some critics—must also be part of the solution.

In advance of the forum, UFPI released a seven-point plan addressing what it calls an “opportunity to elevate the role of food production, land access, public procurement and anti-hunger and nutrition policies … to fix our wasteful agri-food system.” This means ensuring that public money—from SNAP benefits, to school lunches, to hospital meals—is used to purchase healthy and sustainably produced food features prominently. It speaks to worker justice, keeping farmland in production, and reducing food waste. In fact, many of these points also inform the New York City Council’s comprehensive food equity agenda, for which it heard testimony on September 18. 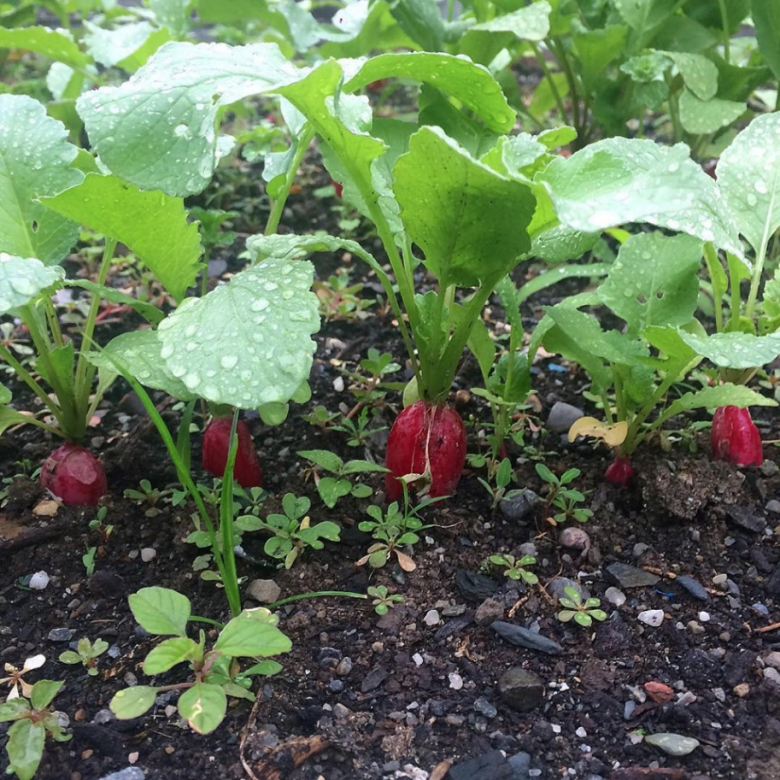 “No farmland, no farms; no farms, no food.” Photo of radishes courtesy of the Youth Farm in East Flatbush, Brooklyn.

“There are times when we’ve seen state and local efforts leading to national policy, and that’s the model we’re hoping to build on, since an advance at one level can create opportunities at others,” says Nicholas Freudenberg, UFPI’s director, citing New York City’s 2006 ban on trans-fats by way of example. (A federal ban went into effect in 2018.) Plus, with pessimism high about the potential for national legislation for a Green New Deal to pass under the current administration, “For the next two years, the action will be on the state and local level,” Freudenberg says.

The forum’s panelists expounded on what they saw as some of the links between food health, justice, and worker improvements in New York and climate solutions. Erin McDonald, chief strategy and innovation officer for the Deputy Mayor’s Office of Health and Human Services, touched on the state’s plan to reduce emissions by 85 percent of 1990 levels by the 2050—and how building local economies centered around healthy food could get us there.

“There are times when we’ve seen state and local efforts leading to national policy, and that’s the model we’re hoping to build on,” says UFPI director Nicholas Freudenberg.

Jennifer Tirado, director of service for Green City Force, which co-runs six farms on NYCHA properties, discussed her organization’s commitment to providing youth with agriculture and environmental training on those farms, and ways this created eco-resiliency hubs. The farms have so far provided 93,000 pounds of food to NYCHA residents, for example, in exchange for food scraps—an initiative that’s diverted 16,000 pounds of waste from landfills.

Both Steve Rosenberg, senior VP of environmental nonprofit Scenic Hudson, and organic farmer and co-signee of the newly launched U.S. Farmers & Ranchers for a Green New Deal coalition Anthony Flaccavento, spoke of the essentialness of keeping land affordable for farmers—and incentivizing that land’s use for raising food—to sustainability and food security goals.

“No farmland, no farms; no farms, no food,” Rosenberg told attendees. Flaccavento elaborated with what he sees as the need to pay farmers for ecosystem services like storing carbon—2,700 gigatons of which, or roughly three times the amount of carbon in our atmosphere, is held in our planet’s soil. He also stressed that the time had come to “tackle the monopolization” of U.S. agriculture.

Is the public ready for a Green New Deal—at any level of government—and do they understand how healthy food, healthy people, and a healthy planet fit together? 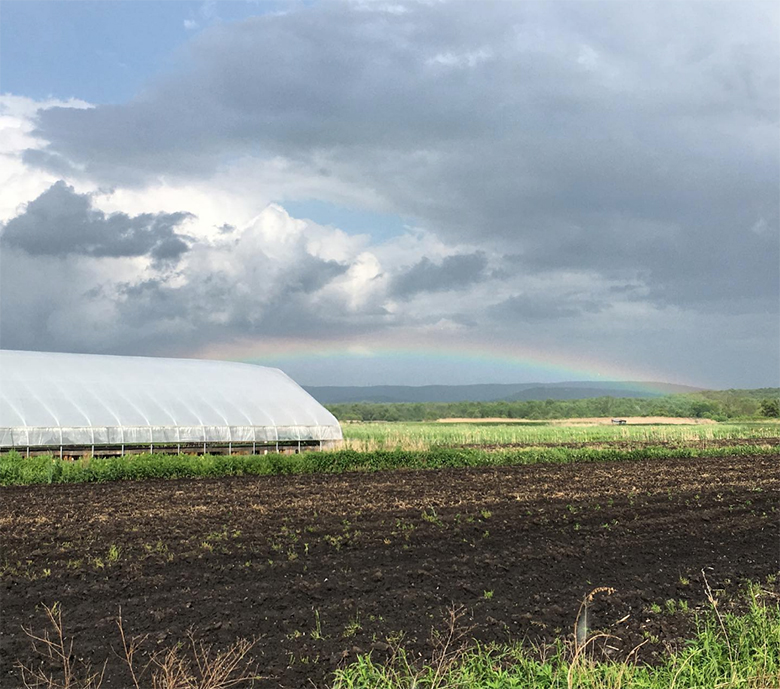 “Is the public ready for a Green New Deal—at any level of government—and do they understand how healthy food, healthy people, and a healthy planet fit together?” Photo courtesy of Rise & Root Farm in Orange County, NY.

Freudenberg points to the long, frustrating years of work that preceded gay marriage as a precedent that makes him cautiously optimistic. “When the LGBTQ community was able to reframe the discussion from the right of society to legislate sexual behavior, to the right of people to be with someone they love, that made a whole different possibility for policy,” he says. “With climate change and food, children have the right to inherit a world that is sustainable, and we have an obligation to create that world. It’s pretty simple. That doesn’t preclude working through the details but it mobilizes public support, and already there’s widespread consensus that we need to do something—and we need to do it soon.”