The Future of Sustainable Seafood in NYC: “A Confusing but Approachable Problem”

According to Paul Greenberg, we should “eat American seafood, a wider variety of it, and mostly farmed filter feeders.” 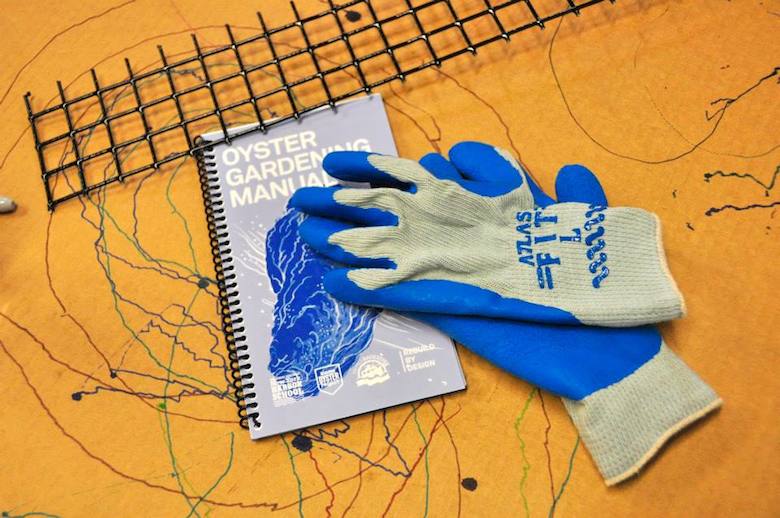 Whether you consider yourself a knowledgeable consumer, or are an expert on the subject, the nature of seafood sustainability is complicated to define. This is partly because the meaning varies by location. The Wagner Food Policy Alliance recognizes this and recently hosted a panel of local experts to better define the future of sustainable seafood in New York City.

The panel was hosted by one of our writers, Talia Ralph, and featured Sean Dixon, fisheries lawyer co-founder of Village Fishmonger; Paul Greenberg, journalist and author of American Catch; Gabrielle Stommel, founder of Gabe the Fish Babe; Pete Malinowski, director of Billion Oyster Project, and Luke Holden; founder of Luke’s Lobster who generously provided the sustainable lobster rolls at the end of the evening.

When asked how New York City is currently doing in terms of seafood sustainability, the panel’s consensus was ambiguous: “We’re the best, but also the worst.” In Greenberg’s works, we’re “a faint heartbeat in the muck.”

The good news is that the conversation about seafood has changed. As fish stocks rebuild and bivalve aquaculture advances, solutions are beginning to surface for what Dixon referred to as “a confusing but approachable problem.” While there is certainly awareness of the issue, and with over 8 million people in NYC, experts agreed that we have a lot of room for improvement. The grassroots seafood movement is blossoming, but the institutional shift that needs to happen on a massive citywide scale is slow moving.

Greenberg explained “the central weirdness in the American seafood supply” in relation to New York. Despite being situated on an estuary, the last time New Yorkers ate entirely from local waters was in the 1820s. Now, seafood travels an average of 8,000 miles before we eat it. While there are 300 species of fish off the coast of New York, over 85% of the seafood we eat in the U.S. comes from abroad. There’s also a big disconnect between what we’re catching and what we’re eating — 30% of the fish we catch is sent abroad.

Greenberg went on to explain that a big problem in the state of seafood is the lack of a science based management system. A recent study in Marine Policy found that 50% of the seafood we import is farmed, while the other 50% is wild. Of the wild, 30% is caught illegally. Traceability, as well as purchasing legal seafood that has spent little time between the dock and the consumer, is key to sustainability.

Malinowski demonstrated that one way we can improve the future of sustainable seafood in NYC is by being stewards of our environment. The Billion Oyster Project is underway to restore a billion oysters to our harbor, while engaging students to learn about our historical marine ecology. While these particular oysters filtering our polluted waterways are inedible, choosing locally farmed filter feeders (like from Long Island) should be a priority for New Yorkers when consuming seafood.

At the end of the evening, Greenberg devised a “Pollan corollary” for seafood: Eat American seafood, a wider variety, mostly farmed filter feeders. The panel consensus was that as New Yorkers, we need to diversify our intake, support regional bivalve farms and fishermen, join CSFs (as we can) and patronize restaurants who source responsibly. The water-to-table movement is here, but needs to grow outside of its existing niche. A future of feeding New Yorkers exclusively sustainable seafood from local waters could happen, but we have a long way to go.