According to the Mayor’s Office, it shows the breadth and depth of places where we can use food to leverage change. 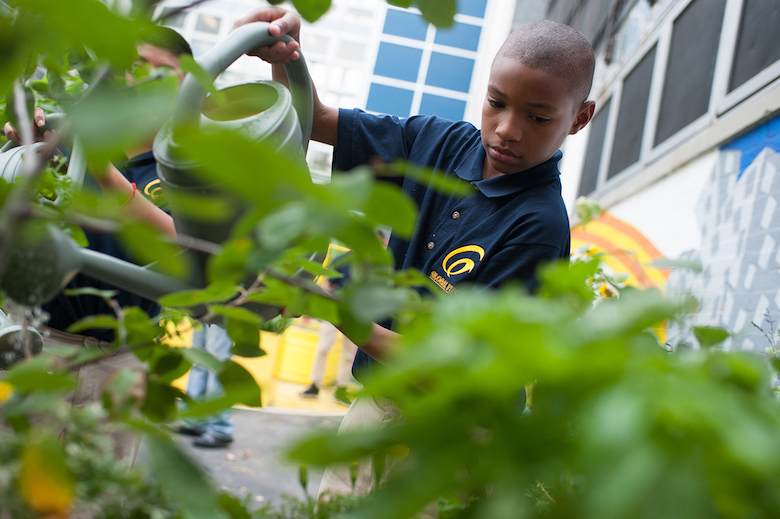 A section of the report highlights ways the Department of Education is trying to make school food healthier and more local. Photo credit: Nancy Borowick.

What has New York City done for our local food system lately, you ask? Look no further than the city’s recently released 2016 Food Metrics Report. Spearheaded in compliance with a 2011 law that calls for reporting on 19 specific metrics, this 5th annual report reflects the city’s initiatives related to nutrition, sustainability, access and equity in the food system. The scope alone is astounding and includes feeding at the institutional level—seniors, schoolchildren, correctional facilities, public hospitals—facilitating Greenmarket nutrition programs, school and community gardens, launching farms at NYCHA housing and grocery stores in food deserts, and even carrying out visionary zero waste efforts that include converting food scraps to compost and energy.

We got the chance to catch up with the Turk and Hartman to learn more about the past, present and future of the city’s initiatives:

This interview has been edited for clarity and brevity.

Edible Manhattan: Can you briefly describe the purpose of the report and, broadly, what it covers? 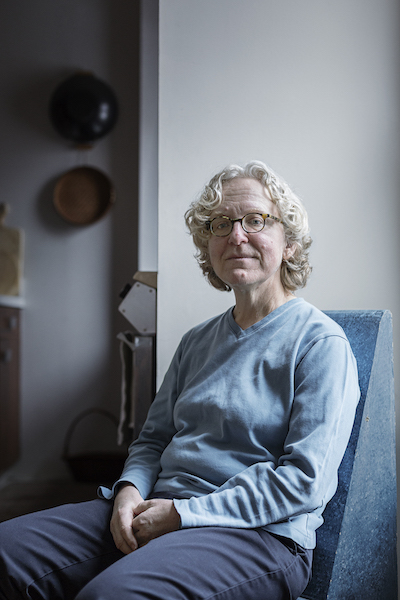 Molly Hartman: The Food Metrics Report is an annual report that we produce at the request of the City Council. It requires us to provide an annual snapshot on 19 different metrics of key programs that the city runs to improve the food system. So we’re showing throughout the agencies and throughout the city all the things that we’re doing in four key areas:

EM: What are these 19 different metrics?
MH: So, for example, the number of bodegas enrolled in our Shop Healthy program or the number of salad bars in schools and public hospitals. We also provide data on indicators that are important to us and shape our work. The foremost one is food insecurity: how many New Yorkers are food insecure and in which neighborhoods there is a higher concentration of people who are food insecure.

EM: Can you describe some highlights from the report, results that you’re particularly pleased with?
Barbara Turk: In general the report is a collection of everything we’re doing as a city. It shows the breadth and depth of places where we can use food to leverage change, whether the goal is sustainability, economic development, public health or trying to alleviate the worst affects of poverty.

The list of highlights is long but there’s a lot of great collaboration that’s been going on around urban farming and community gardens. Again I think one of the things the report makes evident is that in order for us to have community gardens in NYCHA [New York City Housing Authority] facilities throughout the city, it’s not just one agency that’s responsible for that, you know Parks Department has to be involved and HPD has to be involved, and sometimes the Economic Development Corporation has to be involved, because it’s about real estate, right? The fact that we’re successful in having hundreds of gardens—and the details of those gardens and all that are in the report—really is a testimony to the commitment that the city has, by continuing to have community gardens even as we are pursuing some very aggressive affordable housing development goals, for example.

One of the big reasons for my office’s existence—and it’s another great collaborative effort—is that we have almost 100 percent compliance across all agencies in procuring and serving food that complies with the city’s food standards for nutrition.

You know, New York City has long led the way in getting agencies to commit across the board to serving healthier food. There are very specific guidelines for this that are not pulled out of the air but are based on the best available science about how many grams of fat, sugar and salt are desirable in a diet. And those vary across ages, too, so we’ve got different guidelines for daycare, the little ones and the older ones in school and then adults in senior centers and shelters. 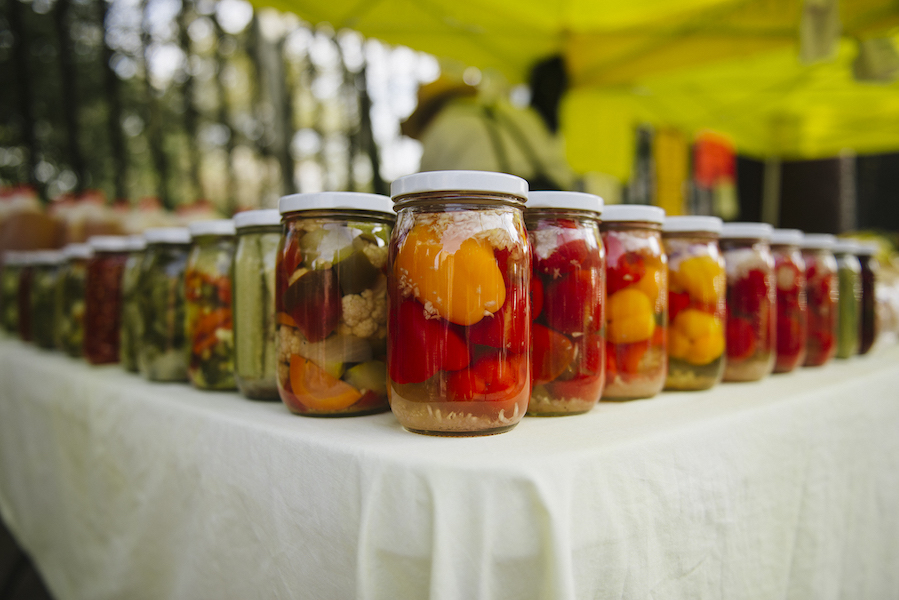 I think I’m particularly proud of all the strides that the Department of Education seems to make toward making school food healthier and increasingly more local. We now have local Thursdays in the school system. So it’s exciting.

One more thing that I’d like to highlight, which is a little more meta, but for years people have wanted to know more about the city’s food supply: a sense of where it comes from and what happens to food once it gets within the city. We were interested primarily in what happens if the city has another major storm or other natural or, God forbid, man-made catastrophe and what’s our resilience quotient essentially. Finally this year we did a food supply study for the City of New York and what are the results.

Food as you know is a major generator of economic activity in New York City and has the potential we believe to generate even more economic activity if we do things right, and so the whole question of how we can do things more effectively, how we can capitalize on some of the things that exist already, in particular that part of the retail sector that we could be supplying more locally. The data collection that happened during this report points in some very interesting directions, and so there’s still a group of us that are meeting regularly to talk about the implications and what we’ve learned and how we can make the system more resilient, do some emergency planning and also think about where we might make some additional investments in food supply in New York.

It’s hard to pull out all of the highlights. I mean, you know we made a three-page list for a council briefing that I did not too long ago. So I couldn’t do all of them but I think they’re kind of whether you’re interested in retail, whether you’re interested in local and sustainable food, food security, I think we just have a lot moving forward, and so I’m very proud of that. And we’ll have even more next time. I mean, watch the Department for the Aging for next year that’s all I’ll say. To give you a teaser.

EM: Could we just back up for a second to gardens and why the city thinks that’s a good investment? What’s the reasoning?
BT: You are probably familiar with the book Five Borough Farm: Seeding the Future of Urban Agriculture in New York City. The wonderful thing about it is they did some work to figure out what the benefits of community gardens are. What I always say about community gardens is that—not all of them grow food as you know, but increasingly they do—and so I think it’s one of the cheapest ways you can create a community center, like an after-school site. We’ve got gardens that are growing food for pantries and soup kitchens, we’ve raised and invested money in more gardens this year, actually more farms, bigger operations that look more like farms, with a farmer who’s advising the community gardeners on it. And by “farm” I mean there’s a plan for growing food on the whole thing, so it’s not like everybody has their own plot, but it’s a farm. And partnering with Green City Force, which is a job training program for young people.

The kids who come out of that citywide program get amazing exposure to some of the hard skills of what it means to work in a green job, and they get amazing soft skills, as we say in workforce development, around you know being at work on time, working with a supervisor, working with colleagues, resolving difficulties that may come up in the workplace—all those other things you need to be able to get and keep and hold down a job. 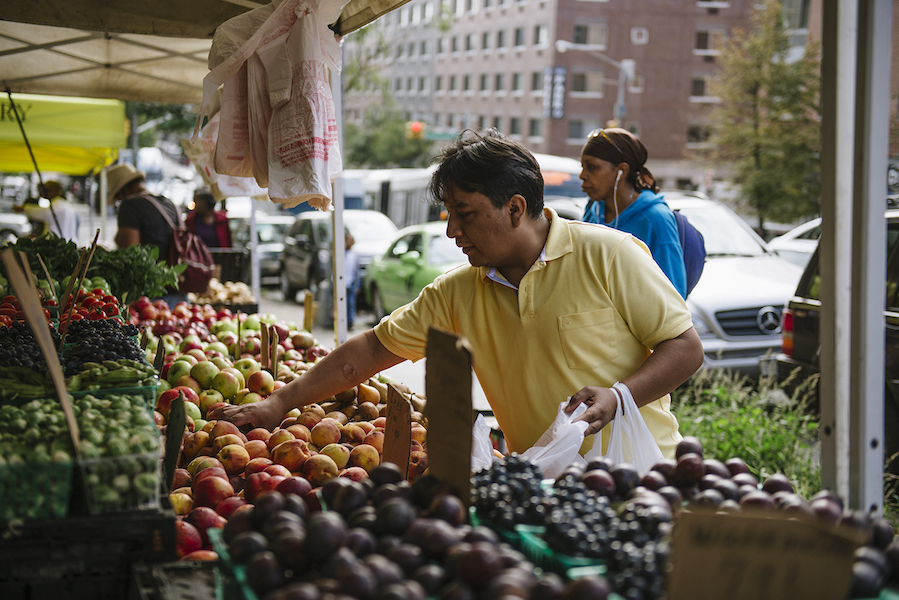 Food as you know is a major generator of economic activity in New York City. Photo credit: Patrick Kolts.

We also know that we can’t feed a city and I would say that there’s nobody that has my position in another city who would disagree. We can’t feed a city certainly with the density of New York City with urban farms alone or urban gardens alone, but they’re also very important as open, shared space. As you know we also transferred almost every garden that was slated for development by HPD [Housing Preservation and Development] as part of the affordable housing program into the Parks Department for this reason, right? So even the gardens that turned out to be too far along in the development process were given alternative sites. To me, at least in my lifetime in public service, this is unprecedented.

EM: Were there any challenges that came up this year? Any disappointments or places where you hope to improve?
MH: I think one of the challenges, which is true for so many things in New York, is that it takes a long time to build something. It takes a long time to build a new grocery store, for example. A lot of our projects in the pipeline haven’t opened yet because you have to build a building and then roll out the initiative. And all that time our population is growing and growing and growing in neighborhoods where there’s an influx of immigrants like in Queens or Staten Island. That’s where families are growing, where people are moving, and it’s hard for the industry to keep pace with that. And so I think our biggest challenge right now is figuring out how to keep up. You know it’s clear to everyone the problem is not yet solved of food access in neighborhoods. So that’s what we’re continuing to be very focused on. 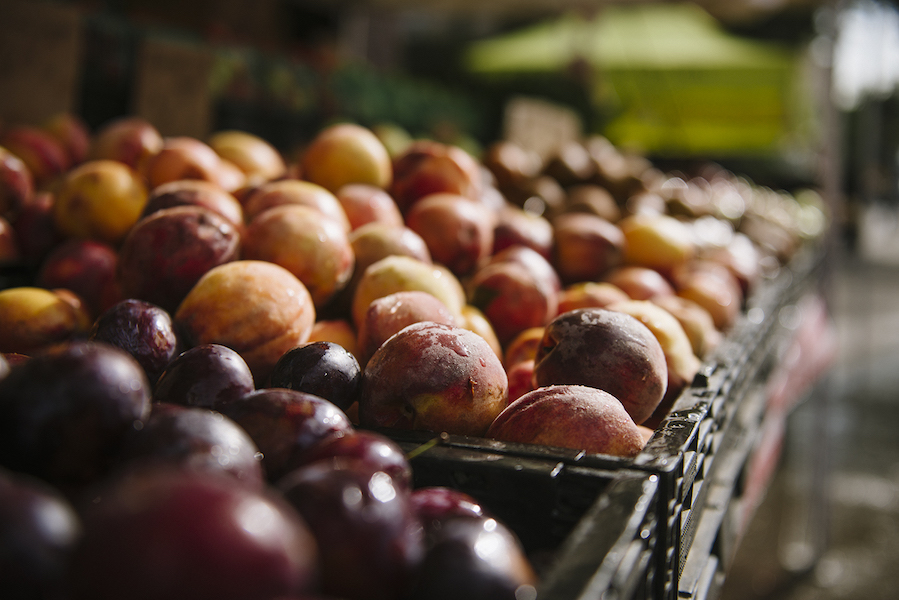 The Mayor’s Office emphasizes that they’re working on the challenge of retail in our current real estate environment. Photo credit: Patrick Kolts.

EM: Is there something you can point to that’s a sign of encouragement for the long-term food health of the city?
BT: Well, just besides the fact that there are so many people doing so much great work. Look, I’m a little bit of a partisan when it comes to trying to change people’s perception of school foods. And I am pretty happy and excited that we finally have launched Breakfast After the Bell in elementary schools. And with a couple of exceptions it’s been very well received by principals who had not opted in before. We have a very entrepreneurial group. They’re looking for the next best thing all the time.

EM: So is there anything else that you’d like to add for our readers of what they can look forward to in 2017?
BT: People should know that the Mayor’s Office is seriously working on the challenge of retail in our current real estate environment, and I’m excited about the possibilities there. I mean we don’t want people to think we’re not paying attention for sure. But it’s a great challenge and I think it’s something where we have things we can do—so, soon to be discussed and talked about.