For their junior year capstone, students will focus on northern, western and southern regions of Africa, as well as the Caribbean, South America and the United States. 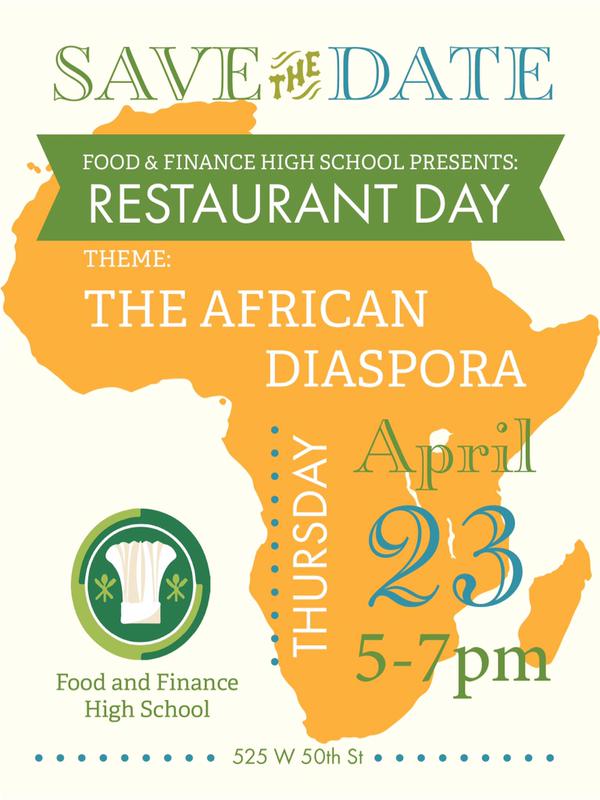 The Food + Finance High School, which spawns hyper-local basement tilapia and Teen Chopped winners alike, seems like the ideal setting for this food-obsessed decade’s version of The O.C. or Saved By The Bell. I’d happily tune in every week to find out who aced the stressful pressure cooker exam, and a prom scene set amidst rows of hydroponic lettuce is precisely the combination of agrarian idealism and petty rivalry that is missing in mainstream television. The real Food + Finance High School, however, is just as exciting as my dream sitcom: They turn out scholarship winners and provide students from all five boroughs with culinary education alongside strong academics. In April they’re hosting the annual Restaurant Day, and students will cook for guests that include leaders in the food industry, local politicians and members of the media.

This year’s Restaurant Day theme is “The African Diaspora,” and 11th grade students will spend the next several weeks researching each dish. Chef instructor Geoffrey Tulloch says the theme is a nod to the diversity of the school’s population as well as an outgrowth of the curriculum’s focus on global cuisine. “I wanted to show the universal connection through ingredients, flavoring and cooking styles and how Africa played a role. Students will be focusing on northern, western and southern regions of Africa, as well as the Caribbean, South America and the United States.”

Restaurant Day is a capstone event for juniors, marking the end of their culinary coursework before they start internships as seniors. As always, they’ll be using school-grown fish and greens to execute meticulously planned dishes. The event will highlight the talent and progress of the junior class and provide continued inspiration for everyone in attendance. We’ve been told that it’s technically not open to the public, but keep an eye on their Twitter for updates like this one.