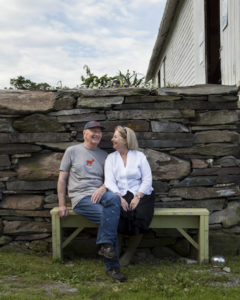 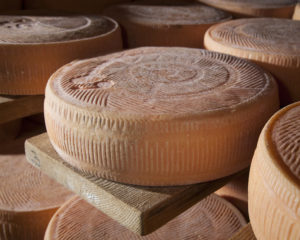 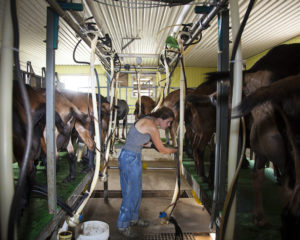 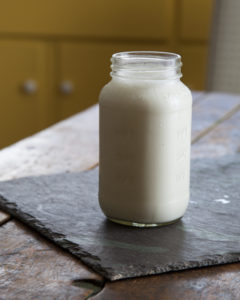 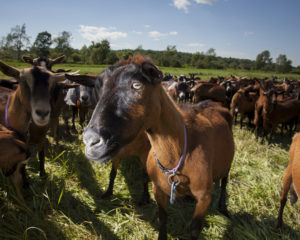 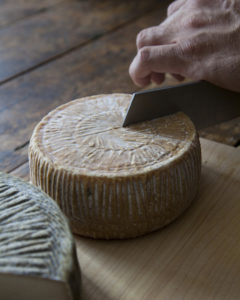 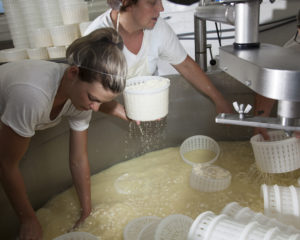 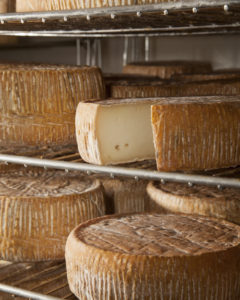 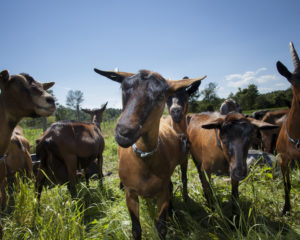 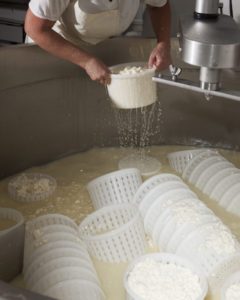 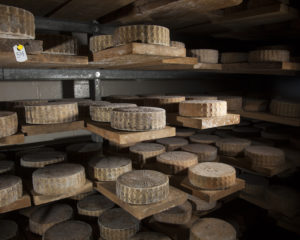 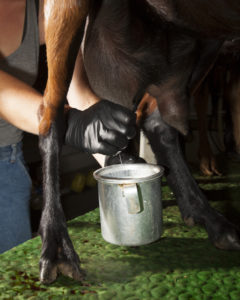 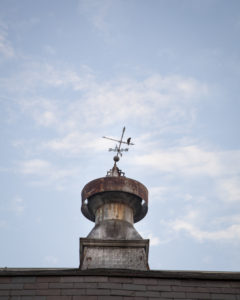 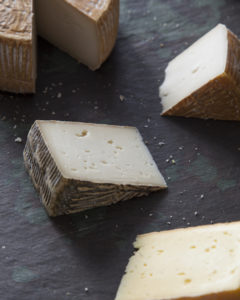 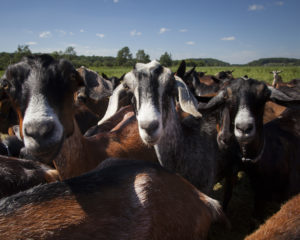 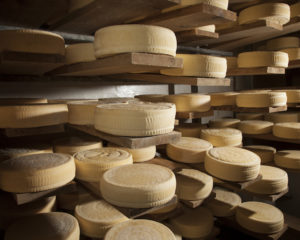 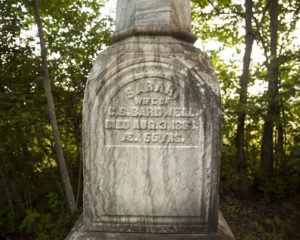 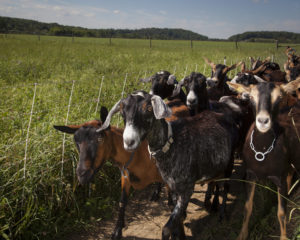 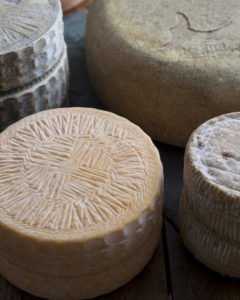 If you were going to make up a story about a charmed farmstead cheese operation—started on a shoestring and 14 years later sold at some of the country’s best restaurants and specialty shops, not to mention 14 New York City Greenmarkets—you couldn’t make up a better fairy tale than Consider Bardwell.

Two city slickers, Angela Miller and Russell Glover, a literary agent and an architect, in 2001 made the snap decision to purchase 300 acres of farmland in two economically depressed sections of Vermont and New York. They weren’t sure what to do with their land, but harbored bucolic visions. “I knew I wanted to spend Fridays away from New York City,” recalls Miller. “I thought I would ski on Fridays and buy an old gray mare and clip-clop around the property.”

A few weeks later, Miller and Glover learned that their new property was home to the first cheesemaking co-op in Vermont, begun in 1864 by a blacksmith named Consider Bardwell. The ancient artifacts lying around the farm began to make sense, bits of water wheels and belts from the mill that once powered the cheese house. This snippet of history gave the couple an idea.

Glover, meanwhile, became the go-to, hands-on guy who cobbled together the 21st-century Consider Bardwell cheesemaking operation tank by tank, cave by cave. “I just worked on it bit by bit, like sand trickling through an hourglass,” says Glover. “It’s a good job I didn’t know what we’d do,” he notes, implying that if he had known what he was in for, he’d never have signed on to such a crazy venture.

As soon as their plan to make cheese was formed, Miller began going to weekly workshops on topics ranging from goat care to the business of being a beginning farmer. She and Glover even took a course with the famous Scottish cheesemaker Kathy Biss. A UVM specialist in small ruminants tutored Miller and periodically visited the farm to monitor its goat health, nutrition program and pastures. 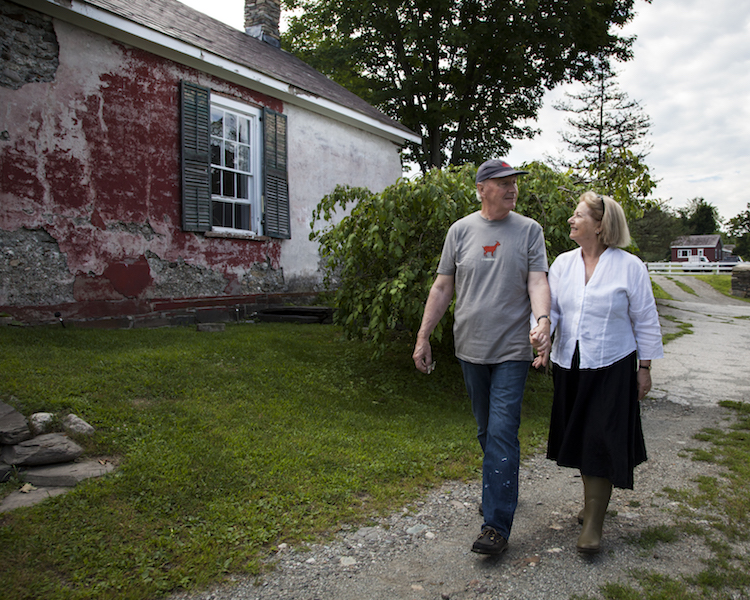 Two city slickers, Angela Miller and Russell Glover, a literary agent and an architect, in 2001 made the snap decision to purchase 300 acres of farmland in two economically depressed sections of Vermont and New York.

When it was time to start building the creamery, the state department of agriculture sent inspectors to help Glover and Miller figure out how to go about it. It’s almost as if the good people of Vermont were hand-forging the keys to success, gift-wrapping them, and presenting them to Miller and Glover.

In 2002, Miller and Glover finally launched Consider Bardwell Farm, with a starter herd of eight purebred Oberhasli dairy goats. Pastured on grass and hay, they yield a rich, sweet taste that changes with the seasons. By 2003 Miller was borrowing the old Fish and Game Club building in the village on weekends, selling scones and giving out cheese samples. “I brought lots of cheese from Murray’s (in Greenwich Village) and had tastings, just to get my little community thinking about cheese,” says Miller.

In 2004, when Miller and Glover landed their Vermont creamery license, which allowed them to make and sell cheese commercially, the cheesemaking really got rolling; there was no more time for New England café society. When it came time to sell their first cheeses, Miller’s knowledge of the New York City food scene proved to be worth its weight in curds. “It took off quickly,” she recalls. “I would take fresh chèvre to Murray’s. They immediately supported me buying a few boxes a week. I would literally pull a cooler into their back door every morning. I became the cheese girl.” In 2005 Miller established and manned the farm’s first New York City Greenmarket stand, at the City Hall market. 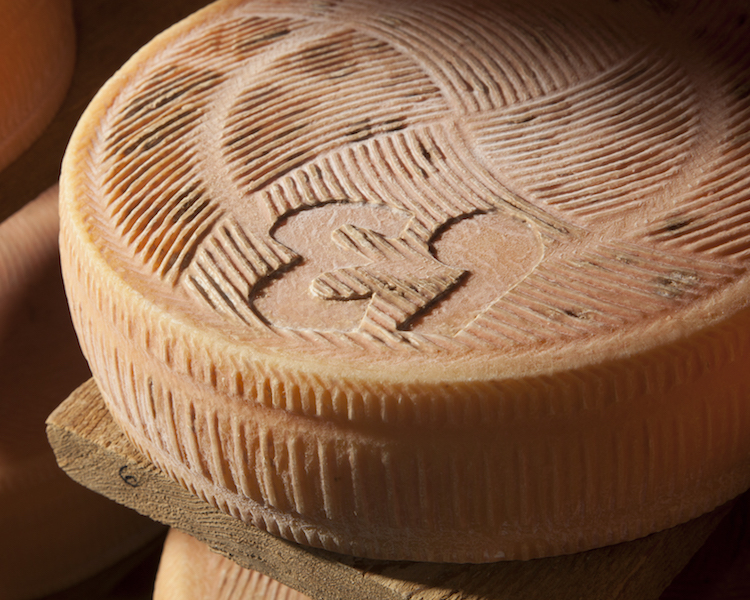 The creamery has gone on to win many medals and awards, most recently three ribbons at the 2015 American Cheese Society Competition for its Pawlet (pictured above), Rupert Reserve and Manchester cheeses.

The creamery has gone on to win many medals and awards, most recently three ribbons at the 2015 American Cheese Society Competition for its Pawlet, Rupert Reserve and Manchester cheeses. Consider Bardwell was also named “Vermont Sustainable Farm of the Year” in 2013 by the Vermont Sustainable Agriculture Council.

From 2006 to 2014, Consider Bardwell’s growth was shepherded by sales and marketing man Chris Gray, a refugee from both Brooklyn and the music business. As a youthful cheese enthusiast growing up in Worcester, Massachusetts, Gray worked in a cheese shop. Gray coordinated Consider Bardwell’s entry into more farmers markets, cheese shops and top restaurants, forging relationships with regional distributors in all corners of the country.

Now, not only do Manhattan restaurants—Jean-Georges, Daniel, Eleven Madison Park, Per Se, ABC Kitchen and Roberta’s, to name a few, feature Consider Bardwell cheeses on their menus, so do the French Laundry in the Napa Valley and the Inn at Little Washington in Virginia. 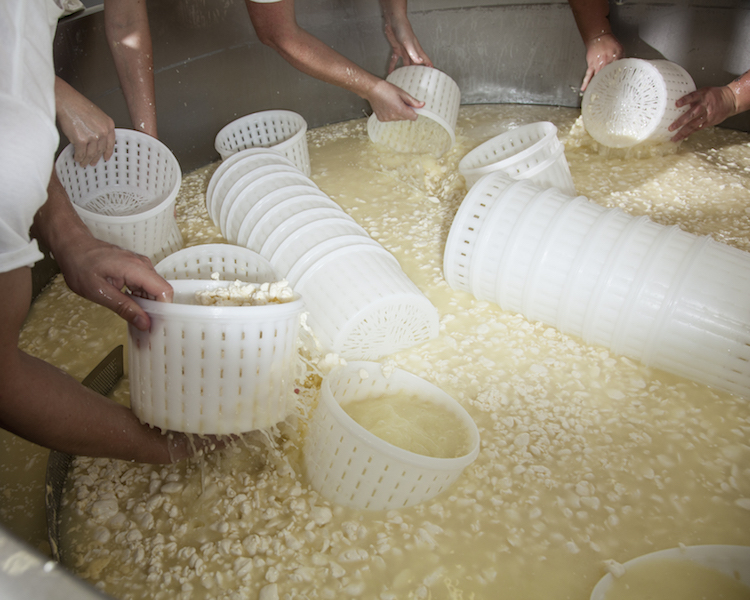 Back in West Pawlet, the thriving business of 20 employees is making a real impact on the community. Creamery director Leslie Goff is a good example of the way Consider Bardwell has served as a local catalyst for jobs, economic revitalization and hope. Starting when she was 15 in 2005, Goff, who lived down the road from the farm, came in every day after school to feed, water and milk the goats, clean their pens and collect chicken eggs. “They were super small, they had maybe 15 or 20 goats,” she recalls. By the time she was 17, the business had grown and she wanted more hours. She started learning how to work in the creamery and caves, wash molds, hoop (pressing curds into stainless steel forms) and wash and turn the cheese.

Describing the thrill of cheesemaking, Goff says, “You have milk sitting in front of you and within three hours you have cheese. You get to follow it through the whole aging process, and see people enjoy it…. There’s a lot of passion behind that.” The Consider Bardwell community expanded further in 2010 when Miller and Glover bought the only two public buildings in West Pawlet.

For a time, they held Friday night potluck dinners; today one building houses a store that sells vegetables from local farms and serves as the pickup point for a fish CSA. In a project spearheaded by general manager Jeff DiMeo, “We’re holding six pig roasts this summer and fall to benefit the Mettowee school generator fund,” Miller says,  which “will enable our community to use the school in case of a major disaster.” 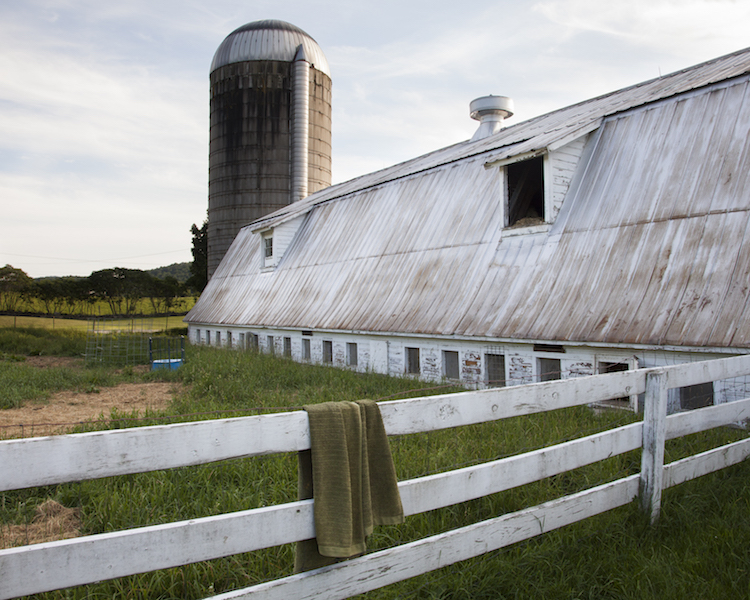 Miller and Glover learned that their new property was home to the first cheesemaking co-op in Vermont, begun in 1864 by a blacksmith named Consider Bardwell.

Consider Bardwell also partners with a fifth-generation dairy family from upstate New York headed by Dan and Laurie Brooks, who were lured by their daughter, a Consider Bardwell employee, to move right next door to Consider Bardwell. On their farm the Wayward Goose, their 25 Jersey and Brown Swiss cows—like Consider Bardwell’s goats—graze on pesticide- and fertilizer-free pastures on a rotational basis.

Consider Bardwell has grown from making roughly 5,000 pounds of cheese from a herd of fewer than 20 goats in 2004 to this year’s total of about 150,000 pounds of cheese and a milking herd of 145 goats and 65 cows. The physical plant has expanded to seven aging rooms and two cheesemaking rooms and a total of three cheese vats. Yet as soon as capacity is added, it seems that more is needed. 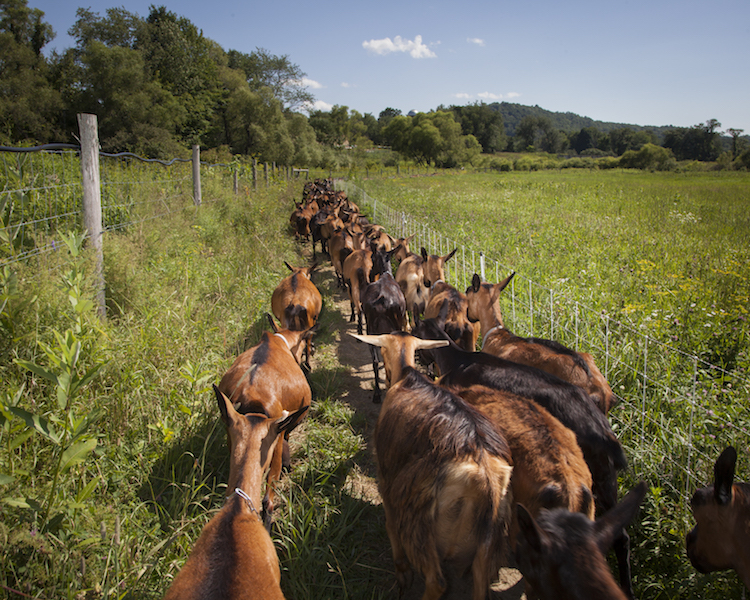 Pastured on grass and hay, the goats yield a rich, sweet taste that changes with the seasons.

Expanded production could help make Glover’s dream—to  create a West Pawlet–based food systems center to serve as a sort of “seedbed for the food business”—a reality. Such are the demands of state-of-the-art artisanal cheesemaking and farming that he is a full-time, on-call troubleshooter for the creamery operation (though he still tries to split his time between Consider Bardwell and his architectural projects).

Miller, though, has so far retained her day job. She works at her literary agency in the city for three days a week and at both jobs the other four days. “I am trying hard to carve out one free day during the weekend,” she says hopefully. Wherever she is, “on Amtrak, the barn or the office,” she says she’s telecommuting to at least one job. Luckily, she likes working and “is not the kind that needs to go to the beach.”

For years the couple did not draw a salary from the farm (Glover now draws a modest salary, though Miller still does not) and has plowed every cent of profit back into the farm’s infrastructure. They have been snapping up every labor-saving device they can to minimize stress on their cheesemakers and invest in the highest-quality cheesemaking and aging equipment possible. They are also working on a five-year plan that will include building a new processing plant once they have a cash reserve to cover it.

Somewhere along the way, as they were working so hard building their cheesemaking business, people started noticing. Glover recalls interviewing a young architect about five years ago and mentioning his side job as tinkerer-in-chief on the farm. The young architect’s response: “You guys are famous—you’re like a cult!’

From Glover’s perspective, the process of building Consider Bardwell has been more like a long slog of “toiling away.” Yet when that young interviewee described the other, charmed version of Consider Bardwell, says Glover, “I was absolutely amazed. It was a fantastic feeling.”