Opening next week, Brimfield Antique Show’s scale is hard to describe to the uninitiated. 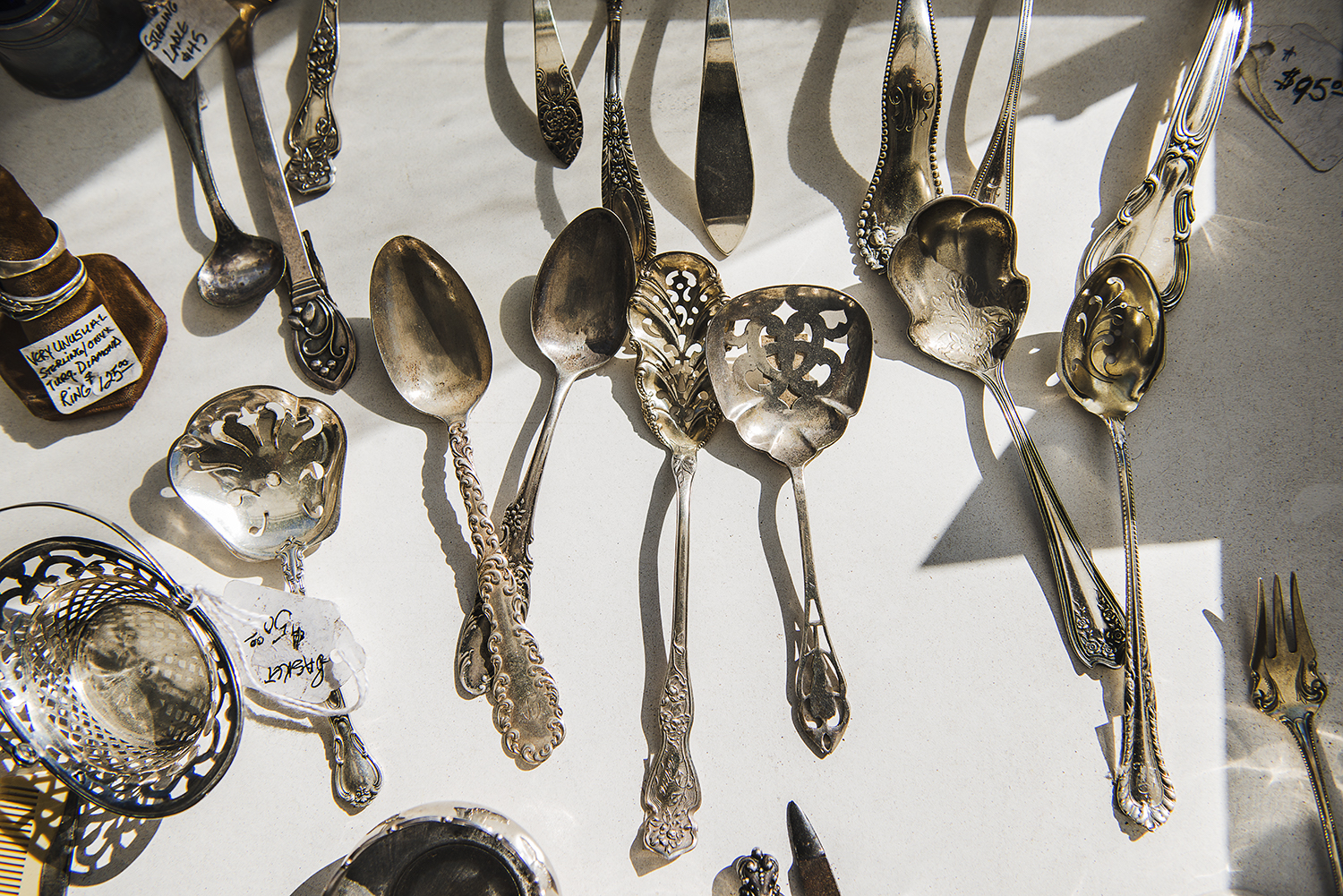 Fine silver on display at Brimfield.

To the casual diner at The Meatball Shop, there’s a bit of devil-may-care to the décor. Depending on the location, you might find irony-thick vintage advertising, nautical gear, maybe some farming bric-a-brac you’d be hard-pressed to name. But make no mistake—there’s method to the (meatball) madness. The shop’s co-founders have been making annual sourcing trips to the Brimfield Antique Show since they first opened back in 2009.

Brimfield (open this year May 9-14, July 11-16 and September 5-10) is New England’s largest antiques fair; some would argue it’s the best in the whole United States. It’s massive, of a scale that’s hard to describe to the uninitiated. Goods range from the posh and rare—suitable for the most discerning of collectors—to funky and fun bric-a-brac you can take home for a (relative) song. Especially when The Meatball Shop was just getting started, cost was a vital consideration to its founders.

“If you have lots of money, you can make your restaurant a period piece,” says Daniel Holzman, who started the restaurant with Michael Chernow. “But we weren’t interior decorators, and our budget is extremely tight; we didn’t need our place to look like some set from the ‘40s or ‘50s.”

Instead, Chernow and Holzman relied on pure instinct and whimsy (with an eye on the bottom line, naturally). The aesthetic was and continues to be highly personal. Holzman says, “We just need to fill up the walls,” but he is downplaying. Their treasures have spanned a wide range: old meat grinders, oddball children’s toys, signage from obscure, long-defunct restaurants. It’s a hodgepodge of flotsam, but it never feels contrived (like, say, some chain restaurant in the Midwest). 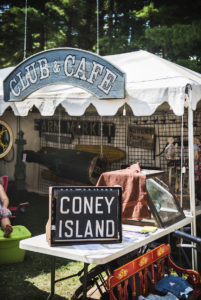 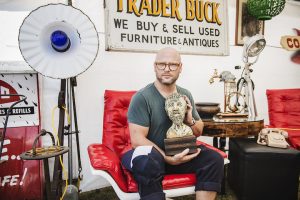 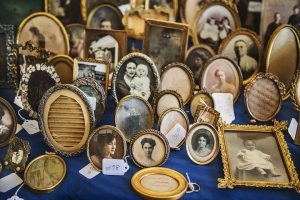 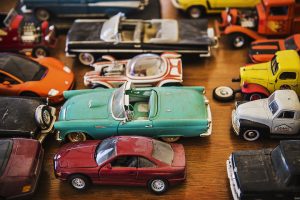 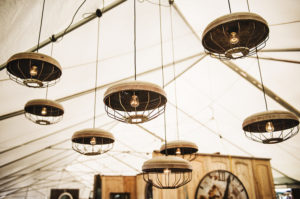 Holzman and Chernow like stylish objects, but are careful not to be too trendy. 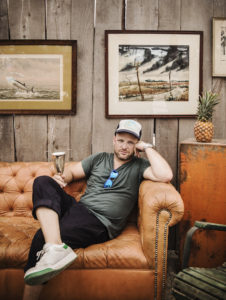 A kingly Holzman, in repose. 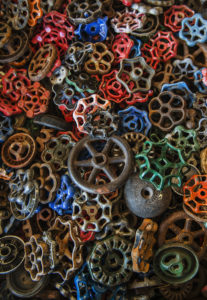 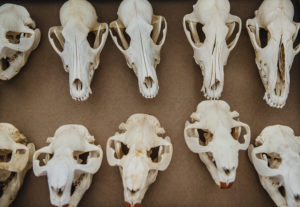 Here’s looking at you. 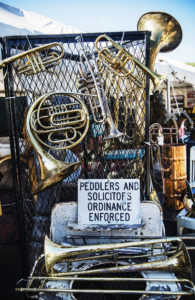 Holzman is hoping musical instruments will make an appearance in their newest location (9th Ave and 53rd St). 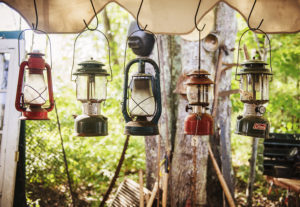 Holzman says lanterns have been an important part of Meatball Shop’s decor in the past. 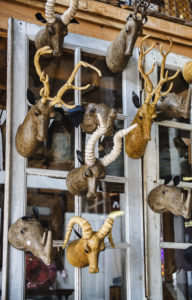 “Animals” straight out of some young adult fantasy novel—or perhaps a nightmare. 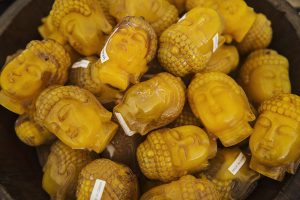 Would an array of heads help meatball fans digest? 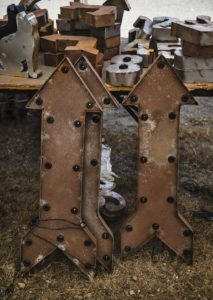 This way to meatballs.

Vintage glass milk jugs were a design flourish they’re particularly fond of, combining style with utility; they’re used to serve water in the shops. Holzman says this particular type of jug can be found littered throughout upstate New York, from landfills to backyards to old barns. At one point they tracked down a collector with a bunch of the jugs in his farmhouse cellar. “He took us down into this real sketchy basement,” says Holzman, “but it ended up being a great experience. This guy was so happy that someone cared about these things as much as he did.”

For a recent trip to Brimfield, Holzman brought along an Edible photographer while he hunted for goodies. Some treasures he brought home to decorate the newest Meatball Shop on 53rd St. and 9th Ave. Others were just fun playthings to consider—and ultimately leave on the shelf. But throughout the process, one thing was clear: This is one of Holzman’s very favorite duties.