Where to Eat Ice Cream This Summer

Like the produce at the farmers market or blooms at the botanical garden, specials at the ice cream shop turn some of us ravenous: We just must collect them all. 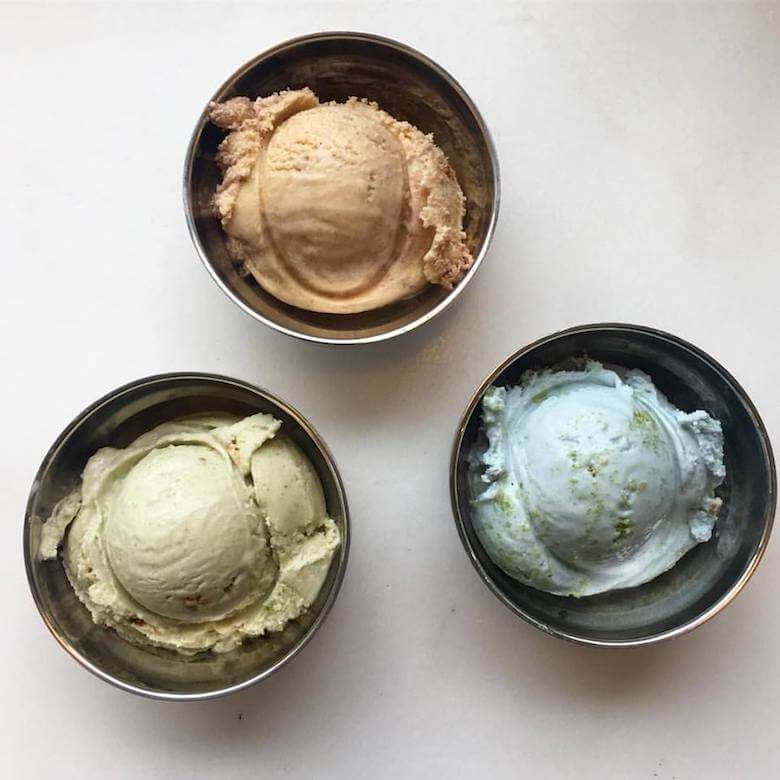 Like flowers and farmers markets, ice cream shops spring into bloom over the warmer months. New shops open, old standbys extend their hours, and flavors go beyond chocolate and vanilla to capture the season’s bounty and the city’s joy.

And like the produce at the farmers market or blooms at the botanical garden, specials at the ice cream shop turn some of us ravenous: We just must collect them all.

If there was a passport where we could collect stamps for ice cream flavors, we’d want our passport to have not a single blank page. You can always get another passport, but there’s only one season to eat up the city’s ice cream in the scorching sun. It may be beach season and peach season, but it is also ice cream season.

Here are some of the city’s new ice cream offerings we’re excited to scoop up this summer:

Bonsai Kakigori: If you prefer your frozen treats to be more ice and less cream, consider the kakigori: a Japanese shaved ice dessert that showers a mountain of shaved ice with fruity flavors and other toppings. You can find Bonsai Kakigori at the Canal Street Market and Smorgasburg in Williamsburg or Prospect Park; their flavors change with the seasons, but expect refreshing options like mango ginger and strawberry with black sesame brittle.

Ice & Vice: Ice & Vice’s summer specials menu is aptly titled Open Bar—choose from one of five cocktail-themed scoops that all use ingredients from local distilleries and makers. For instance, the Bee’s Knees uses Greenhook Ginsmith bee pollen with jasmine and honey, and the michelada churns Hops Brothers hops into a tomato lime sorbet. Yes, there is also a frosé flavor.

The Little One: This Japanese dessert shop opened in December, when its frozen options were tempting but not yet essential. But now I’m so ready for their kakigori and monaka (ice cream sandwiches using a light-as-air rice wafer). Their kakigori come in flavors like matcha and white chocolate-coconut, and their monaka include fillings like buckwheat, corn, or parsnip ice cream.

Maison de Makoto: If you like your ice cream scoops enrobed in a chewy, dough-like ensemble, believe it or not there’s a place that serves just mochi in a rainbow of colors. Choose from everything from matcha and speculoos to blood orange frozen yogurt.

Meet Fresh is not just about our Signature grass jelly, we make some pretty Shaved Iced too! Come by and try our Mango Milk or 🍓Strawberry Milk Shaved Ice next time you visit! |#meetfreshusa

Oddfellows Coffee & Cream: The brains behind Oddfellows’s whacky-but-good ice creams (miso-cherry is a standout) dreamt up a shop where ice cream met coffee beyond the usual affogatos and milkshakes. At their new Nolita location, get your coffee with cream infused with an Oddfellows ice cream flavor, like burnt marshmallow or Thai tea. Get your soft serve with a swirl of coffee and cream. Or if coffee isn’t your thing, get any of Oddfellows’s 12 flavors that’ll be on deck.

Here at SCOOP U. our pastry instructors have a combined 184 years experience. Be it today's labne gelato rippled with sticky huckleberries, or a fortnight's vegan and dreamy banana tahini. Wanna be rowland around in that stuff? Apply today.

Superiority Burger: This counter-service joint may be best known for its excellent burger than just happens to be vegan, but its gelato and sorbet are also something to write home about. You never know what flavors will be available, and if you tried to guess them in advance, you could never get close. You might find frozen desserts in shades including black yuzu, white sweet potato, red currant jam, blue lychee, rhubarb verbena, or olive oil. Or focaccia. Or polenta!

Van Leeuwen: Gone are the days when you’d have to keep tabs of where the Van Leeuwen truck would be landing for a scoop of Earl Grey ice cream (or some of the city’s silkiest vegan ice creams): They’re opening not one but five brick-and-mortars in time for ice cream season this year. So if you’re in Prospect Heights, Soho, the Upper East or West Sides, or Nolita, lucky duck—Van Leeuwen for you. Each spot will have rotating specials in addition to a treat tied to that specific location: For Nolita, neighbor to Little Italy, there’s cannoli ice cream.