Pick a neighborhood you don’t usually frequent, then drink a lot of water and be open to where the night takes you. 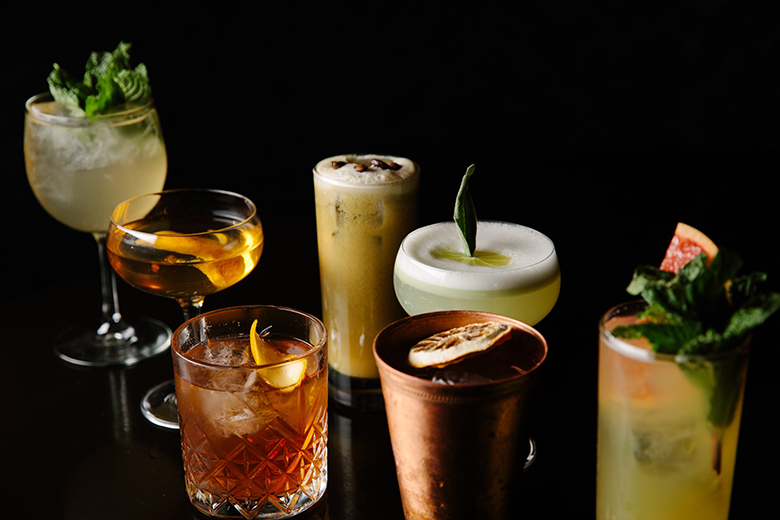 Among our neighborhood-specific suggestions for a great night out, romantic or otherwise: After dinner in Chelsea you can catch jazz night at Bathtub Gin, a crowded speakeasy. Photo courtesy of Bathtub Gin.

I’m admittedly pretty new to New York. Despite childhood memories of visiting my uncle in Battery Park and a dozen subsequent trips here with friends, I didn’t call this city home until my partner, Kacie, and I moved here less than a year ago.

We’re doing our best to earn our stripes, whether it’s a late-night Aminé show at Irving Plaza or joining the throng of people snapping photos of “Manhattanhenge.” For us, dates in New York are still mostly about firsts.

But whether you’re a newcomer like me or revisiting places that have long since been recast in someone else’s biopic, my date-night advice is the same: Pick a neighborhood you don’t usually frequent, then drink a lot of water and be open to where the night takes you.

Here are a few neighborhood-specific suggestions for a great night out, whether it’s part of a romantic evening or otherwise:

Start at Lalito, where Kia Damon’s kitchen offers everything from vegan chicharrones to pan-seared porgy. Walk a few blocks to Baby Grand to join stage-worthy singers at the cramped karaoke bar. Head to Petee’s Pie Co. before 1:00 a.m. and share a slice of the black-bottom almond chess pie. If you want the night to keep going, hit Mr. Purple’s rooftop bar two blocks away. Angelika Film Center and Bluestockings radical bookstore are also in the area.

Start your evening at Jeepney, a Filipino spot where you’ll want to share several plates and summery tiki drinks. Switch seasons by heading to the Standard’s Winter Garden, a yurt-based pop-up (until March 3) slinging warm cocktails. Cap off the night with incredible pork buns from Tim Ho Wan. Early birds can enjoy the Strand instead.

Try chef and owner PJ Calapa’s Scampi, ordering the namesake dish that comes with shrimp, parsley, butter and lemon. There’s a special Valentine’s Day menu, but if you go on a Monday instead, you can catch jazz night at Bathtub Gin, a crowded speakeasy a short walk west.

Go skating after work at Bryant Park (until March 3) before walking to dinner at the lively Henry at Life Hotel, a restaurant turned around by chef JJ Johnson’s pan-African menu. In Midtown East, drop by the MoMA—where two new exhibits start in February—before a pasta dinner at La Pecora Bianca. Central Park and Bryant Park are both 20 minutes walking from there.

The delicious leek risotto at Berimbau do Brasil must be tried to be believed, and the drinks don’t disappoint, either. Try a comedy club on nearby MacDougal Street, home of the former Gaslight Café (as seen in The Marvelous Mrs. Maisel). Start earlier with one of Foods of NY’s two Greenwich Village food tours. Linger longer with a leisurely walk in Washington Square Park.

And, riffing on this, here’s what I recommend for building your own adventure:

Think ahead.
By making reservations a month out (yea), it’s easier to land a coveted restaurant seat, concert tickets and so forth. We did this for a double-date at Pig & Khao, which gave us something to anticipate and made the moment itself feel all the more special.

Play the tourist.
Yes, it’s cheesy. But seeing New York through a visitor’s eyes imbues magic into the city. We did this with a food tour of Greenwich Village, a neighborhood we don’t frequent. Some friends hopped on a double-decker bus tour and savored their home in a new way.

Change your routine.
Before moving here, I’d never been to a live comedy performance. We catch a decent amount of live music, but we only saw one play last year and only visited one museum. We aim to improve on that in 2019. Figure out how you want to switch it up. Buy tickets now so you’re committed.

Orchestrate a surprise.
For Hanukkah, Kacie surprised me with a trip to 2nd Ave Deli’s suave restaurant and bar tucked above its Upper East Side location. She picked something I’d like—modern Jewish food and drinks—in a neighborhood we rarely visit and surprised me. With countless options, it’s not a hard move to replicate with a little forethought.