The service finds talented home cooks and uses an app to deliver their specialties to your door. 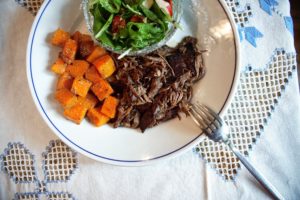 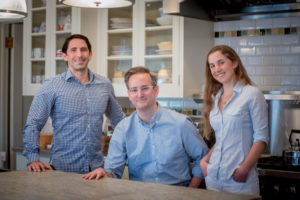 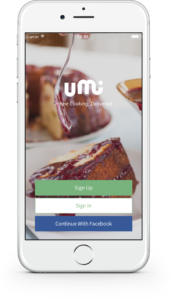 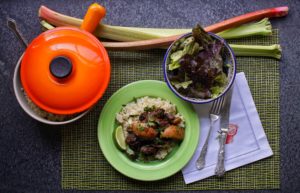 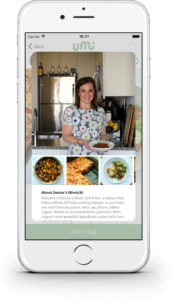 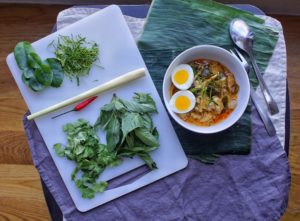 As behemoths like GrubHub, Eat24, Caviar, DoorDash and UberEats hack out market share in the coveted takeout dining sector across the globe, our favorite items from our favorite restaurants are now just one click away.

But a Brooklyn-based start-up just blew the “what’s for dinner” ecosystem wide open, giving eaters access to fresh-from-the-oven delights from your neighbors. Umi Kitchen finds talented home cooks, trains them for food safety and certifies them and then uses a phone-first push platform to offer up small-batch family recipes delivered to your door.

This community-powered concept—which was piloted in New Haven, Connecticut, last year and officially rolled out earlier this year in the county of Kings—has been dubbed the “Etsy of dinner.” In fact, Umi taps underused kitchen space and amateur cooking chops in the same way that Etsy connects us with homespun bits and baubles.

The term “umi” is Arabic for “my mother.” The name is inspired by co-founder Khalil Tawil’s mother, famous among friends and neighbors for her traditional Lebanese cuisine. “We all know someone like that,” says co-founder Hallie Meyer. “An amazing cook for whom nothing nourishes more than nourishing other people.” Meyer, daughter of Union Square Hospitality Group founder Danny Meyer and the oldest of four, says she was that “nourisher” for her household, frequently making many of her family’s meals before she left for college.

So what’s Umi’s value prop in an eating environment of millennial munchers whose delivery options have blossomed like streaming services?

“The dream is to re-create the feeling you get when you are around someone’s dinner table. It’s tiny and it feels so intimate, and they made this just for you,” says Meyer. For most of Umi’s meals—from Burmese pork belly to drunkard’s noodles to fairytale eggplant salad—the cook only makes 10 or 15 that night. “It’s small-batch food that just tastes better because of that.” The recipes tend toward the familial and rustic, rather than the precious and complicated. That’s partly because that’s what customers crave, and partly because it delivers better.

Despite these cottage industry similarities, Umi is “imminently scalable,” Meyer explains with giddy excitement. There are people everywhere who are great home cooks, know how to cook in quantity and would love to monetize that skill. And unlike other start-ups like Munchery or Maple, Umi isn’t saddled with the capital cost of building commissary kitchens that can churn out thousands of the same dish.

As Umi grows, Meyer and colleagues are looking to preserve, and even deepen, that handmade experience with handwritten notes, push notifications from the chef and extra treats added to the package the way a chef might butter her customers with a surprise amuse-bouche.

As Eater reported earlier this week, the idea for Umi was hatched when Tawil asked: “Why can’t I order great food made by neighbors?” He posted a Craigslist ad that said, “I’m craving a home-cooked meal, I’m willing to pay between $8 and $15.” He heard from 17 cooks.

Tawil and Meyer were introduced by mutual friends, and eventually partnered with 14 New Haven cooks, launched a SquareSpace site and started e-mail campaigns to Yale’s residential colleges. They had a huge response from students, but their real regulars became families who were tired of putting takeout on their family’s tables.

After New Haven, they honed their business plan at a New York incubator and added Derek Gottfrid of Tumblr as their third co-founder. Brooklyn greeted them with over 300 applications, and Umi on-boarded 33 kitchens in just three months, which is impressive considering cooks must be certified by ServSafe: a third party system developed with the National Restaurant Association. They may also have a New York Food Handlers license, too.

Unlike Kitchensurfing, Kitchit and other ultimately unsuccessful rent-a-chef platforms, Umi combines the ease of Seamless but the food quality of your grandmother stirring the pot with love. And Umi imagines that, even in Iowa City, or more remote places than New York, there’s enough of an immigrant population looking to make some extra money (Umi kitchens get 80 percent of what the customer pays) that locals will have access to more diverse options than in their local restaurant scene.

Still, as Umi grows, Meyer and colleagues are looking to preserve, and even deepen, that handmade experience with handwritten notes, push notifications from the chef and extra treats added to the package the way a chef might butter her customers with a surprise amuse-bouche. “How can you re-create, through digital, that experience and that feeling of someone handing you a pie they just baked?”

Umi, which just expanded into Manhattan, the largest food delivery market in the country, is initially serving inhabitants of the long skinny borough from 116th Street down to Houston, from 5th Avenue to the East River. Meals average around $15 for three dishes in them, with a $3.99 delivery charge. Oftentimes they include dessert and “a little something extra that’s not even listed,” says Meyer.