On the Lower East Side, The John Lamb Takes Inspiration from Colonial Times

Although it feels like a cocktail bar and behaves perfectly like one, the food really is a solid reason to come spend time here. 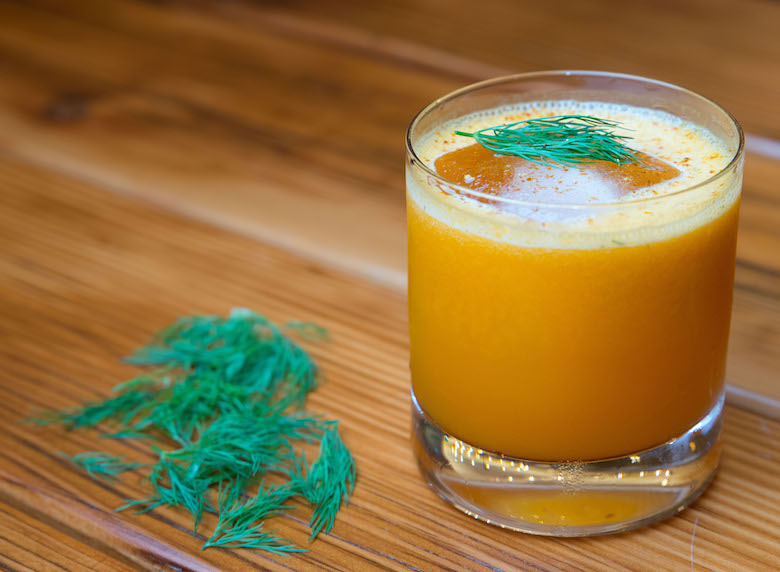 Speakeasy meets steampunk. Well, that’s what the John Lamb will tell you their tenor is. But it’s a whole lot more interesting to be exact.

Led by owner Joe Valentine, the New American restaurant is tucked right under the recently opened 20-room boutique Sago Hotel. “It is named in honor of the New York City–born soldier who served as an artillery colonel under George Washington in the Revolutionary War,” shares Valentine, a Brooklyn-raised New Yorker who now lives on the Upper East Side.

The bar, run by an extra-smiley Chris Judge of Green Hook Ginsmiths acclaim, reflects the influences and inspiration from those colonial times to the era where immigrants first inhabited the nearby tenements and right up to present day. Although it feels like a cocktail bar and behaves perfectly like one, the food really is a solid reason to come spend time here. That, and the raggle-taggle of patrons: some locals, some fancy hotel guests and a couple on a second date (that was going very well by the look of things). 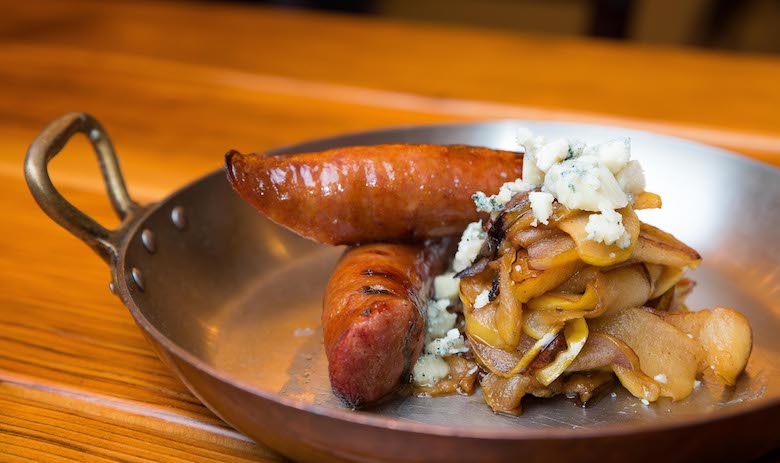 “Dedicated to locally sourced cuisine, the menu offers a wonderfully diverse variety of plates for sharing,” says Valentine. They also have some very handy communal dining with a customizable dining experience featuring whole animals (yes, you read me correctly there). So there are sausage options (think kielbasa and bratwurst), seared scallops that come on a plate of sweet potato hash with chicory leaves and an orange ginger beurre blanc, a to-die-for Kung Pao calamari with chopped peanuts and, of course, some fried chicken done right (if you’re famished). Finish this all off with a dessert—not on the menu—an apple-loving cheesecake perhaps?

But back to the drinks, because you will want a few more. The cocktail program, developed by Valentine and Mikey Belasco, formerly of the Gilroy, mainly focuses on brown spirits such as bourbons and whiskeys. “The theme plays off the old colonial era, with cocktails such as the Benedictine Arnold: a nod to John Lamb’s service under Benedict Arnold in the Battle of Quebec as well as the Benedictine base of the cocktail, augmented with VSOP six-year-aged rhum agricole, Old Tom Gin, Chinese five-spice bitters and licorice root,” shares Valentine.

End the libations, before heading upstairs to crash for the night, with the Johnny Appleseed that Valentine calls “a magnificent marriage of apples with whiskey, featuring housemade apple pie moonshine, apple brandy, rye whiskey, Peychaud’s and apple bitters and a spritz of absinthe.” Colonel Lamb has spoken.

Photos courtesy of the John Lamb.