The history of one of Orchard Street’s first apartment buildings inspires the Tenement Museum’s immersive experiences. 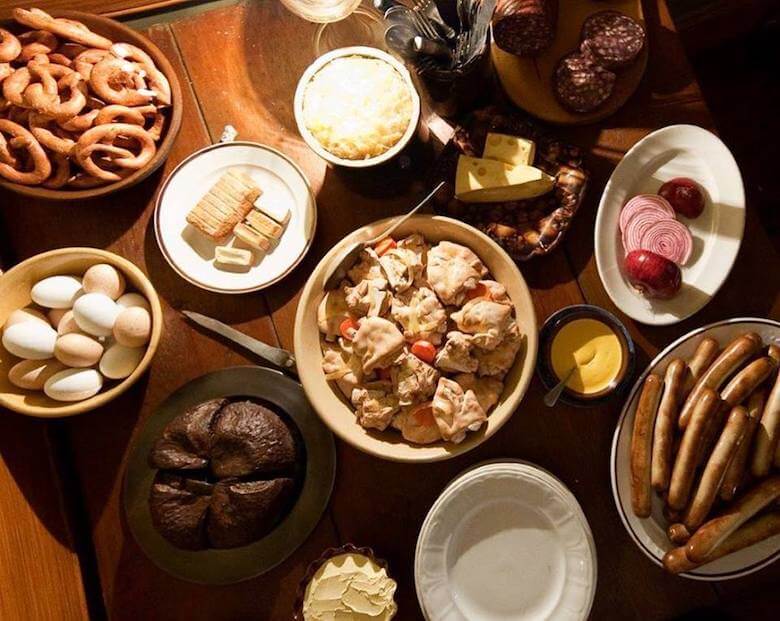 The above is a permanent shop life exhibit (the food’s fake) featuring a typical meal of a German couple who ran a saloon in the neighborhood in the 1870s. Photo credit: Facebook/Tenement Museum.

When I first started working at the Tenement Museum just over seven years ago, so many things were different. I was a baby New Yorker, not even a full first winter in. I was newly dating my now husband. Barack Obama was a first-term president.

Despite all that’s changed since then (including my employment there, which ended in 2017) so many things are the same: The Lower East Side remains one of the most iconically American neighborhoods in the country, and the Tenement Museum continues to be one of the neighborhood’s most earnest purveyors of its history.

A taste of place

The museum particularly excels in facilitating immersive storytelling experiences that aim to compel greater empathy for both the historic figures we tend to romanticize as well as the living, breathing people that we interact with every day.

These immersive experiences take place in the form of thematic tours based on the real history of one of the first apartment buildings (tenement is just the old-fashioned word for apartment) on Orchard Street, including the lives of its residents and the surrounding neighborhood. Two of those tours are food-focused: “Foods of the Lower East Side” is a daytime walking and tasting tour that provides a stage for the overlapping stories of neighborhood vendors old and new; “Tastings at the Tenement” is a sit-down dinner that starts with a look inside a re-created tenement kitchen. 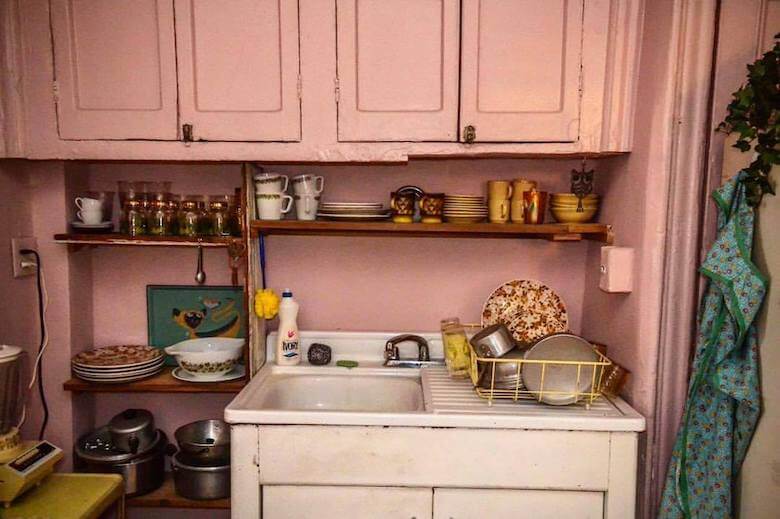 The museum features multiple permanent kitchen exhibits including this 1960s one from the Saez family from Puerto Rico. Photo credit: Facebook/Tenement Museum.

Both the walking tour and the dinner, like the other tours, encourage thoughtful dialogue and give you a chance to consider your own food memory, how food helps shape our senses of identity and the geographic realities that make some foods endemic to certain places (not to mention what it means for those foods to travel away from their “homelands”). Both experiences also challenge you to think about what our varying interpretations of “American food” say about American culture, and the role food plays in our economy and politics.

These conversations are built around the stories of the real people behind the food—or its history—you’re eating along the way. You could just learn a few facts about the original German-speaking immigrants of the neighborhood and the regional differences in their soft, hot pretzels as you enjoy your first taste of one from Cafe Katja with Liptauer and mustard spreads.

But standing in the windowless coal-burning kitchen that Caroline Schneider spent countless hours every day in makes knowing the care she put into feeding her 1870s saloon patrons a pretzel, pretty much just like one you’re about to eat, that much more meaningful. Learning that because Beijing produces more wheat than rice, so that “authentic” (authenticity is another big topic explored on the tours) Beijing-style dumplings are made with wheat wraps, is a cool factoid to file away as you savor the perfection that is Vanessa’s Dumplings. These and more details will make you appreciate her food that much more, and hopefully that curiosity and appreciation will extend to the people and stories behind the food you eat every day, too.

Learn more about upcoming tours and book your tickets here.