A Sweet Win For Snowday: The Food Truck With a Social Justice Mission Took Home the Rookie Award at The NYC Vendys

As we wrote in the spring, the truck has the mission of providing employment, community and transferable skills to young people who have recently completed a prison sentence. 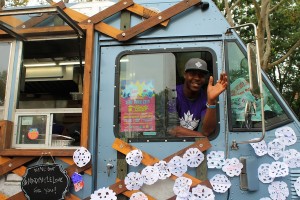 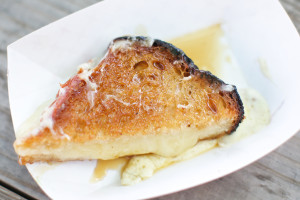 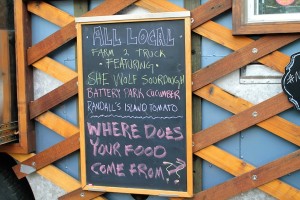 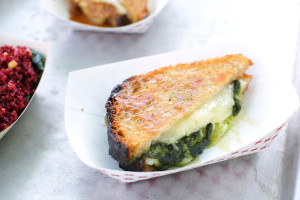 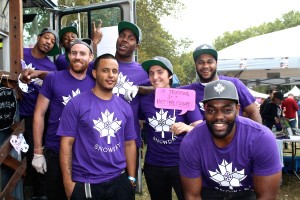 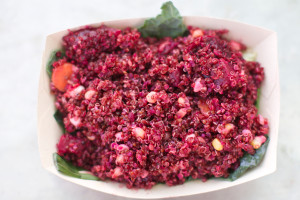 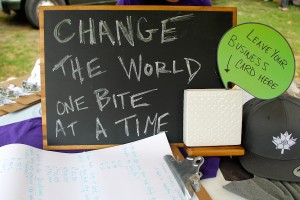 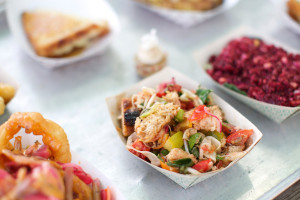 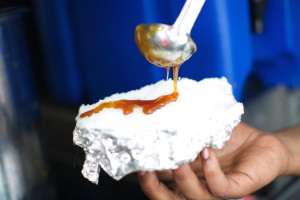 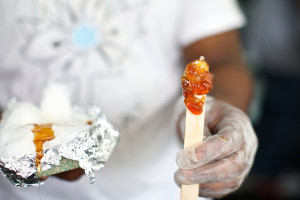 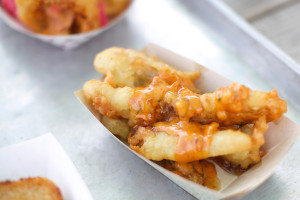 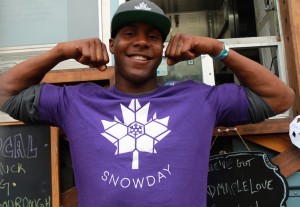 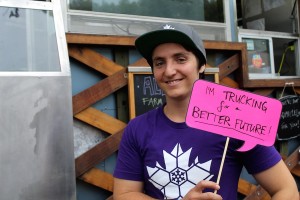 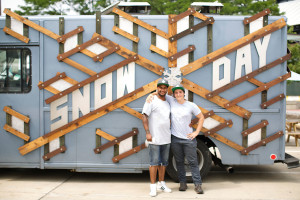 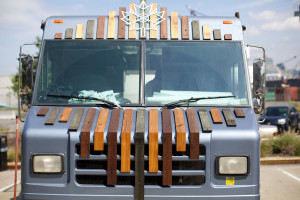 Saturday September 13th marked the 10th annual NYC Vendy Awards, the competition that honors New York City’s top mobile food vendors. As in years past, the Governors Island event was part food festival, part awards ceremony. The spacious location was an ideal setting for the 25 food trucks competing for various titles and the nearly 2000 attendees who spent the day battling rain and long lines for tastes of their favorite street foods.

While several vendors had competed in previous Vendy Awards (veterans Cinnamon Snail took home the coveted Vendy Cup), the rookie competition provided an opportunity for enterprises with less than a year of street cred to be recognized amongst their peers. This year, the Rookie Award went to food truck Snowday. As we wrote in our 2014 spring innovation issue, it is the brainchild of former Rikers Island Prison English teacher Jordyn Lexton with a mission of providing employment, community and transferable skills to young people who have recently completed a prison sentence. You could say that the truck itself is the literal engine that delivers both food and the message of social justice.

New York is one of only two states that prosecute 16 and 17-year-olds as adults, sending them to prison instead of juvenile detention and potentially branding them for life with a felony conviction. It is no wonder that almost 70% of these young people return to prison, many before they turn 18. After witnessing her students multiple failed attempts at re-entry, Lexton knew it was time for a change, which was the inspiration for founding the appropriately named Drive Change: her non-profit that provides the organizational infrastructure to staff the Snowday truck. With an extensive program that begins with mentorship and culminates with a food handler’s license, Drive Change hires and trains formerly incarcerated youth to handle the cooking and business affairs of the truck. Snowday is the first truck, but Lexton envisions a fleet of mobiles on the streets of New York City, delivering food with a side of social justice.

And yet it takes more than just a great idea to become a Vendy champ. The food also has to be great, and on Saturday, Jordyn and her team proved that they could win over the hearts and the stomachs of New Yorkers. Serving hot maple grilled cheese sandwiches, creamy gazpacho and a refreshing cucumber slushie, the Snowday crew was drawing crowds with their vibes and their vittles. Many hungry customers were unaware of the dual mission of Drive Change — proof positive that Snowday had accomplished something remarkable:  a successful food truck in its own right plus a well-oiled non-profit generating a tangible social impact.

Jared Spafford, the culinary arts director of Drive Change said that, “While many people think that running a food truck is easier than a restaurant, the logistics are impossible.” Spafford emphasized that all of the ingredients come to them from local producers. Due to partnerships with Randall’s Island and Battery Park Urban Farms, the Snowday truck inherits leftover produce on a weekly basis. “We get the freshest food grown right here in NYC,” he said “and we come up with weekly specials depending on what they donate to us.”

Frederick Coleman, a bright-eyed young man with an infectious grin, has worked his way up through the ranks of the organization to become official liaison. His passion and enthusiasm for Drive Change makes him an ideal point person for both the new trainees on the truck and the business professionals who want to know more about the organization. Coleman, who has had his own fair share of demons to battle tells me he now finds “tranquility and peace within” while cooking. But more than the actual cooking, Coleman finds the most joy in watching other people smile after tasting the Snowday food. He points to a customer who has just devoured one of the signature grilled cheeses and remarks, “You finished your plate? That’s the greatest compliment ever.”

So how does it feel to win the Rookie award? Founder Jordyn Lexton responds, “It feels blissful. We’re all so proud — truly special. We made this happen all together and we are all so pumped. I knew from the get go that in order to be the best possible program we needed to be the best new food truck in NYC — and now it’s real — we are.” And now they have the award to prove it.