The editor of the beloved cookbook series tells us about his sentimental favorites. 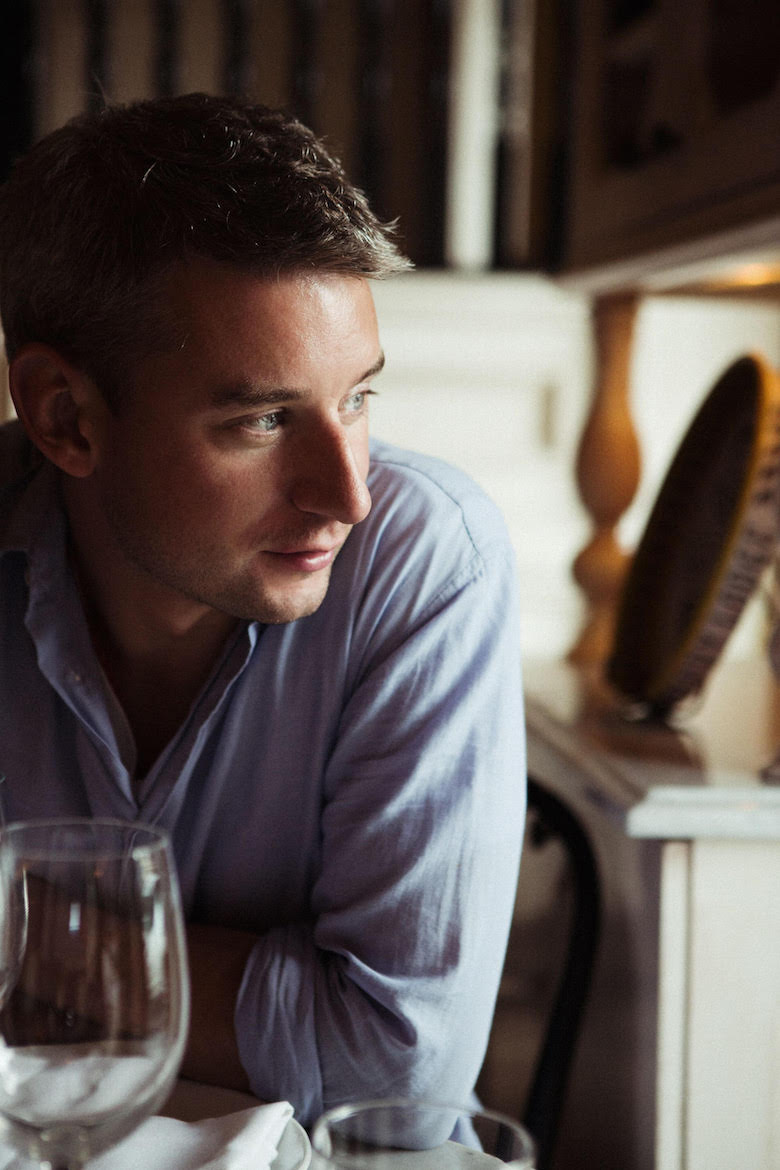 Fauchald’s new book is a celebration of home cooking, but we wanted to know where he goes out to eat. Photo courtesy of Nick Fauchald.

“I moved to New York from Minneapolis in 2003 with no job, a few months’ rent in the bank and a looming culinary school tuition bill,” says Nick Fauchald, co-author and editor of The Short Stack Cookbook: Ingredients That Speak Volumes (out October 18). “Still, I spent my first weeks and months in the city ticking off a bucket list of restaurants that I’d read about in newspapers and magazines (online food media was just starting to peck at its shell), overeating and overspending my way through my new home.”

The Short Stack series, if you’re unfamiliar, focuses each of its small, hand-bound volumes on a single ingredient: chile peppers, tomatoes, apples, bacon and more. This large volume brings together a smattering of recipes for 18 of those ingredients, with recipes from top cooks and food writers, as well as Fauchald and co-author Kaitlyn Goalen themselves. 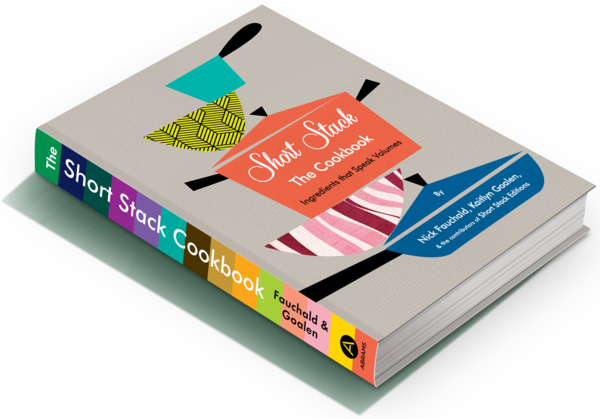 The book is a celebration of home cooking, but we wanted to know where Fauchald goes out to eat—what’s stuck since he got here in 2003? “Many of the restaurants I visited early in my New York residency shaped the way I eat (and some, how I cook) today,” he says. “Thankfully, several of them are still around and as good as ever.” Here, his essential New York restaurants.

Breakfast of champions: a bacon cheeseburger slider, with a mac and cheese pancake wedged between the meat and the bun. Mr. @tangentialism dreams big.

Calvin Trillin’s 2002 New Yorker profile of Kenny Shopsin and his Greenwich Village “restaurant” changed the way I thought about food writing. When I moved to the city, Kenny was about to move lose the lease for his original location, so it was at the top of my to-do list. Thirteen years and three relocations later, I’m still working my way through the 900-item-long menu, never ordering the same dish twice.

My first “networking lunch” here was with the late, great Steven A. Shaw, who ran eGullet, the internet’s first food-nerd forum. I’d cold-emailed him one morning and he suggested we meet for lunch in an hour at this Chinatown Vietnamese joint. Taking the time to meet with an unknown Minnesota kid, offer him some career advice, and treat him to lunch is still one of the most generous things anyone has done for me and I try to honor Steven by paying it forward. The restaurant itself also taught me a valuable lesson: Bo Ky served decent Vietnamese food, but it was nothing compared to the stuff I’d had in Minneapolis, making me realize that not everything is bigger and brighter in New York.

That said, I realized I didn’t know shit about real Thai food before trekking to Woodside, Queens, with a Thai-fluent friend to eat at this institution. It was a dinner of many firsts: my first ride on the 7 train; my first time watching a flaming car drive down the street; my first taste of perfectly harmonized Thai flavors; my first whole-fried fish and beef-tendon soup; my first case of the larb sweats; my first gypsy cab ride home.

I knew about Prune via Gabrielle Hamilton’s essays in Food & Wine magazine, where I was determined to work one day (I succeeded a couple of years later). I wanted to taste the cooking of someone who could write about food with that much emotional recall, so I went by myself on a weeknight and sat at the bar. A couple of Manhattans and a few shrimp toasts, marrow bones and fried sweetbreads later, I’d found my favorite neighborhood restaurant. I emailed Gabrielle the next day and asked for an internship; I never heard back.

Need to kick it up a notch before weekend? Our Mezcaliente will do the trick.

A few hours after I landed my first New York job, I celebrated by taking my roommate out for dinner at Gramercy Tavern, which I’d circled in my Zagat guide (remember when those mattered?), which had just listed the restaurant as the city’s most popular. A guy named Tom Colicchio was running the kitchen. I vaguely remember the food tasting great, though it was heavily seasoned with anxiety (it cost me half a month’s rent). But what I won’t forget is how great the service was: the friendly waitstaff, gratis pours of celebratory wine, the first of many un-regretful food splurges to follow, many in the graceful hands of the Danny Meyer kingdom.