If the logistics can stay equally streamlined, this farm-fresh grocery delivery startup might have a shot. 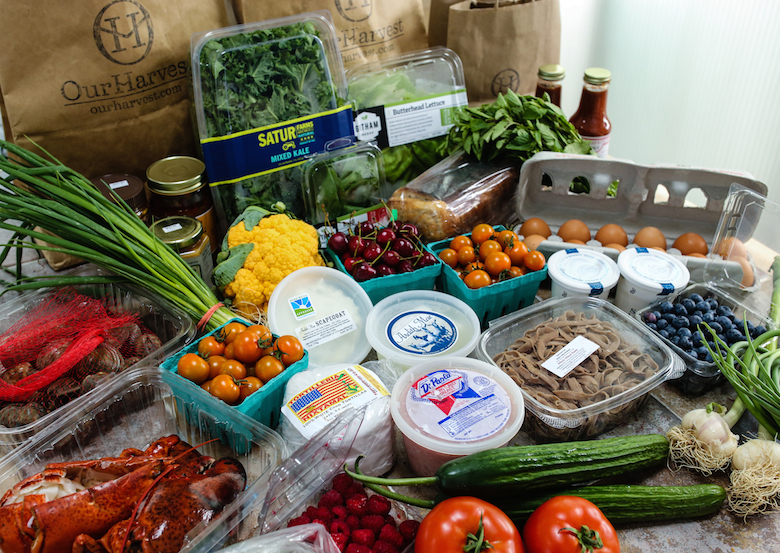 OurHarvest offers food that is either delivered or prepared for pickup at more than a dozen locations around Brooklyn, Manhattan, Queens and Nassau County. Photo courtesy of OurHarvest.

The on-demand food trend has been seeping into the slow food movement for years now and one of the primary lessons learned has got to be that a lot can go wrong. From selection to distribution, pricing and packaging, picking up the farmers market and putting it in an e-commerce- shaped box is easier said than done — a lesson learned the hard way by pioneer in the field Good Eggs.

Good Eggs has recently shut down operations in Los Angeles, New York and New Orleans, and is cutting staff in their San Francisco headquarters. The announcement, made on August 4, may have seemed sudden, but it wasn’t altogether a surprise to those paying attention.

“What we didn’t fully understand when we started was that we were creating a new category that required a different approach to supply chains, logistics and commerce — all of the pieces of getting food from local producers to the kitchens of our customers.” says a blog post by CEO Rob Spiro, on the company’s website.

On-demand startups like Uber Eats, Doordash, Drizly and others, pride themselves on being technology companies that connect existing products with new customers. But when it comes to perishable, delicate food that has been raised or grown based on taste and values and not bred to survive a long journey and an extended stay in the grocery store, logistics are number one.

There’s another company making laps around New York City right now that just might be poised to survive in this difficult space. Enter OurHarvest.

OurHarvest is essentially a grocery delivery service. Customers go on the website, pick a delivery day based on their location and then choose items from a fairly complete list of local meat, produce and pantry staples all coming from small farms and producers. Then the food is either delivered or prepared for pickup at more than a dozen locations around Brooklyn, Manhattan, Queens and Nassau County.

Though they don’t release customer statistics, the business has grown from five farms and three pickup locations when they started in 2013, to 60 farms and 15 locations.

Founders Scott Reich and Michael Winik say the deal works for farmers because OurHarvest offers them exclusivity — meaning they only have one apple supplier, one chicken supplier etc. This streamlines choices for customers but also keeps farmers from having to worry about price competition on the site.

OurHarvest says that its farmers see them as a solution to their distribution woes rather than a task added to an already full day, as many drop ship schemes and direct to consumer sales turn out to be.

“We’re truly partnering with them and giving them a much wider reach. Their preference is to stay on the farm — if they can ‘farm’ out the distribution all the better for them,” pun intended by Winik.

Still, though the system has been designed for ease of operations first, getting farmers on board was difficult.

“The conversation with farmers was challenging. The farmers are always the ones who get screwed. When a distributor or a grocery store goes under, they are left with the bill.” said Reich. “The amazing thing for us was when farms really started getting paid regularly, we started getting inbound calls,” he continued.

To uphold the promise of farm fresh, local food, solid logistics has to be the pillar of any food delivery business — a point Good Eggs conceded in their announcement. Reich and Winik have built their business around the logistics and outsourced what they view as the hardest part, the last mile, to Uber.

“We’re not a tech company. We’re truly a food and operations business, and we know the communities we serve because we live here and know our customers,” said Reich. 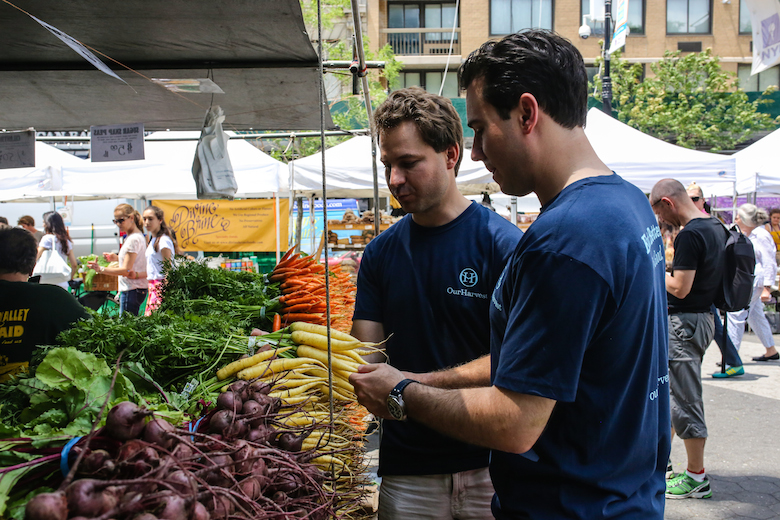 But it’s not just logistics that the elementary school friends-turned entrepreneurs have to contend with. Delivery food has different standards of perfection than produce you pick yourself at the farmstand.

“People aren’t used to buying from a farm — they’re used to buying things that are factory farmed” said Reich. That means uniform produce without quirks or blemishes. He said that his team spends quite a bit of time communicating with customers regarding what to expect from their produce. For example, a batch of organic arugula may have tiny holes, common when pesticides aren’t used. At the market customers can talk to the farmers about why that is or choose a different green if they wish, but in delivery, that’s not an option.

On top of educating the public about what food really looks like, OurHarvest is trying to spread  the healthy food around as much as possible. With every purchase over $25,the company donates a meal to a local food bank. They would like to do more to make healthy food available to all New Yotrkers, but the amount of good that they can do is limited by a current statute forbidding recipients of food assistance, or EBT (Electronic Benefit Transfers) from using the credit at online retailers. Reich said that should the laws change, they would jump at the chance.

For now, Reich and Winik say that reaching elderly customers or busy professionals is a big part of what they do.

“We’re reaching people who can’t get to the farmers market and people who are working and aren’t around to access the market itself,” said Reich.

So how affordable is it?

The prices are competitive with grocery stores for the most part, and definitely cheaper than groceries in the chicer neighborhoods. But what’s even better is that the limited variety and commitment to one source per item makes shopping a zen experience since there is only one option for eggs, milk, butter etc. The site gives the sensation of showing up to the market and seeing what’s good on the day.

If the logistics can stay equally streamlined, this one might have a shot.

Curious about how other grocery delivery services in the city size up? Read our reviews of some of the frontrunners here.