Our Nine-Year-Old Restaurant Critic Gets Harsh

At a recent morning visit to a pleasant, homey café, she was simply not having it. 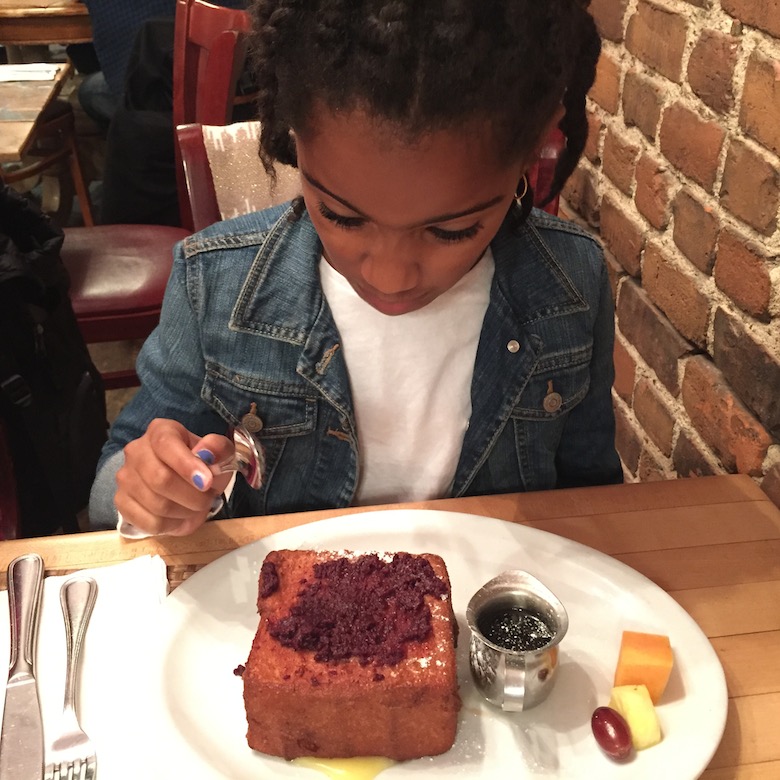 “So my food wasn’t that good but maybe you’ll get something [different] from what I got and it could be better.”

By now you’re surely all familiar with the work of my distinguished restaurant critic cousin, Chloe Star (aka Chloe Davis). Her review of Ditch Plains set the Internet aflame, and her subsequent write-up of Ninja was the envy of nine-year-old critics everywhere.

Chloe is an upbeat, friendly kid; it comes through in her writing. Her reviews have been consistently glowing, superlative even. Ninja may have been the first restaurant to ever receive 1,000 stars, on a scale of 1 to 10 (Michelin, take note).

With all that said, please brace yourself: Chloe Star has a dark side. Like the sharp-nosed critic in Ratatouille, her opinions can slice two ways. And at a recent morning visit to the pleasant, homey Bluebell Cafe,* she was simply not having it.

From the moment she and I arrived outside, waiting for other relatives to show up, I could tell this place was gonna get the business. “Looks like a fancy place, but not that nice,” Chloe told me, with a look of disdain that would melt butter.

It didn’t get better at the table, when our waiter brought a water glass only ⅔ full. “Why wouldn’t they just fill it to the top?!” Chloe fumed, as we all praised her critic’s eye for detail. (My cousin Annie told us not to encourage this bourgeois fussiness, but whatever.)

Underfilled glasses end up being a recurring source of demerits for Bluebell. See for yourself! Here is the entirety of Chloe Star’s scathing review… of a sweet Gramercy cafe:

It was Halloween morning that I went and it was brunch time and I was with my family. OK, so let’s start off with looks. When you first look at it just looks like a place ere you would sip coffee and talk with someone — basically a diner, so that’s that. Now let’s talk about the food I got: French toast and a kid’s size cranberry juice. When I got the cranberry juice, they gave me it in a small cup and it was barely filled half way plus ice. I know, right. Then the food comes and it’s just a big loaf of French toast and little tiny side cup of syrup, so you cut into it and the crust sort of just falls right off, which is sort of weird to me and then you lift it up and see a lemon purée puddle — maybe that’s fancy or something but I would like to have it in a little cup like the one with the syrup. So my food wasn’t that good but maybe you’ll get something [different] from what I got and it could be better. So on a scale of one to ten, I would have to give it a five. 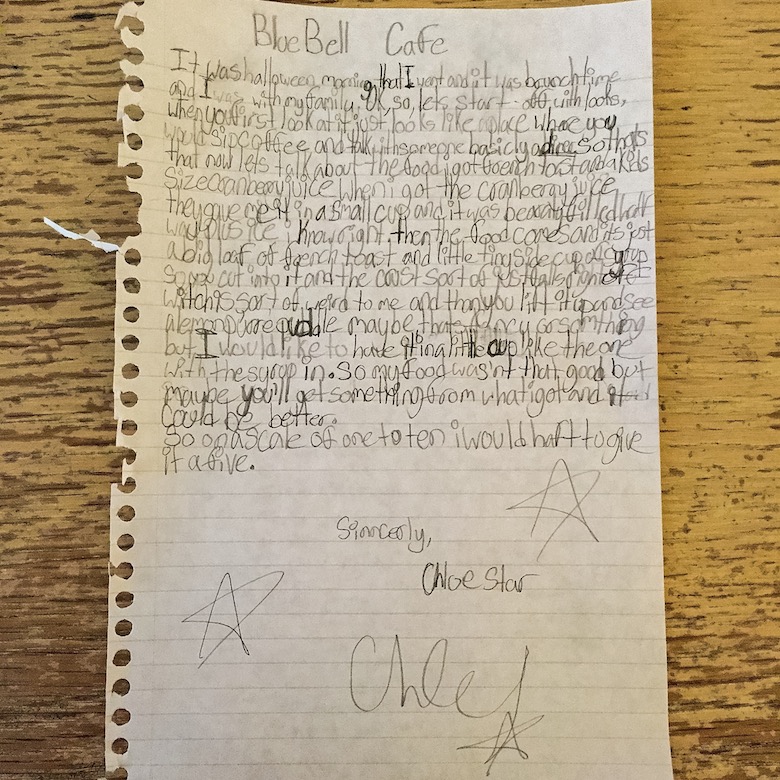 *If you’re interested, here is a Serious Eats write-up of the same café — they loved the French toast. I also quite enjoyed my breakfast of crab cakes Hollandaise.