Each December, This Family Bakes Pumpkin Bread by the Hundreds

Seth Unger is executive producer of the Food Film Fest, but his mailman is one of hundreds of people who know him as the source of an aromatic orange loaf baked in his Brooklyn Heights kitchen each December. 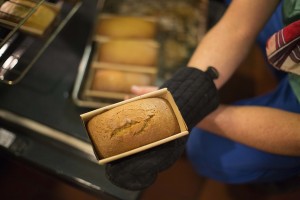 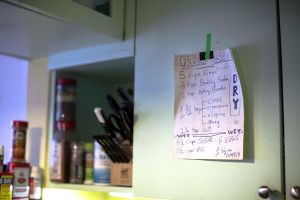 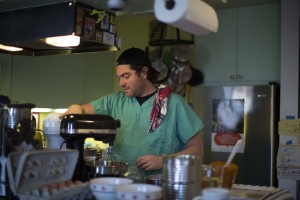 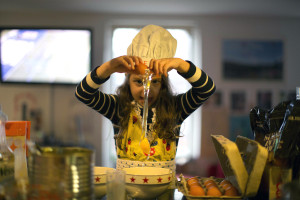 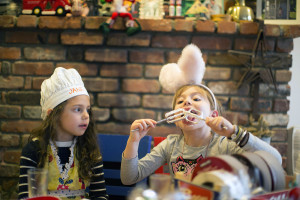 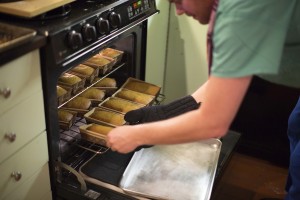 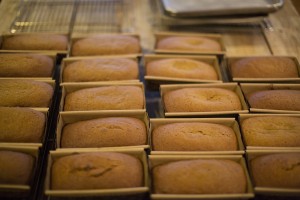 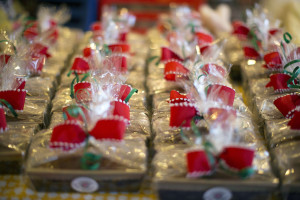 It starts in October, when Seth Unger’s mailman asks when the pumpkin bread will be ready.

Seth is executive producer of the Food Film Fest, but his mailman is one of hundreds of people who know him as the source of an aromatic orange loaf baked in his Brooklyn Heights kitchen each December.

How did a Miami-born Jew fall into such a Christmassy custom? He traces the tradition to his grandmother, K-K. Herself the daughter of a sculptor and boxer who immigrated from Russia in 1939 and built the Royal Palm, one of the first Art Deco hotels in Miami Beach, K-K studied hospitality at Syracuse and NYU and, as Seth tells it, has only ever known how to bake “in quantity.” (To this day, she bakes 20,000 to 30,000 chocolate chip cookies a year, 500 per batch.)

By the time Seth was a kid answering the switchboard at the hotel, his dad, Artie, was a CPA by day, with many restaurants, bars and hotels as clients. And despite the summery Florida weather, Seth knew Christmas was coming when the family kitchen spilled over with supplies — five stand mixers, towers of canned pumpkin and endless rolls of cellophane — to bake pumpkin bread, K-K style, for everyone from business associates to the garbage man to the mayor. The loaves, Seth explains, “are very much multi-denominational: blue-cellophane-wrapped loaves for Jews, red to Christians and neutral tones for atheists.”

In part to escape the Miami Beach weather — “six months of summer, in the wintertime, and then six months of hell” — Seth came north to Columbia University, where he finally found “cold and snow and twinkly lights” as well as his now-wife, Allison Jaffin. Upon graduating, “we needed to start acting like adults,” Seth recalls, which for him meant, “We should bake some pumpkin bread.”

But city kitchens bring logistical limitations. “Living in Brooklyn you never have the oven space that you do in Miami,” Seth says, “so we started making minis, which let us increase our numbers. You could tell how much we like you by how many minis you got.”

Today he and Allison turn out a staggering 500 loaves over a few weekends each December — with the aid of four stand mixers and their seven-year-old twin daughters Jane and Georgia. (“I don’t know if it’s the little hands,” Seth marvels, “but they crack eggs better than I ever could.”)

Many loaves are destined for Seth’s friends in the restaurant industry, but even in the arms race of deliciousness, the words “pumpkin loaf” set recipients to swooning. Why?

“Admittedly, 99.9 percent of people, including myself, would never go into a place and order a slice of pumpkin bread,” acknowledges Seth. “But it’s like when [Food Film Fest founder] George [Motz] and I do burgers. We’re like, ‘Sure, you can eat that piece of crap, or you can eat this.’ Some recipes are just an 11 out of 10.”

This one calls for four different spices, but, in something of a holiday miracle, is greater than the sum of its parts.

“It’s that thing that, when people taste it, they’re gonna be, like, ‘Who made THIS?’” says Seth, sounding like a kid on Christmas. “Conceptually it’s something that people can eat a lot of.”

This story was originally published in 2014.