These Regional Grains Make Some of New York’s Best Bread 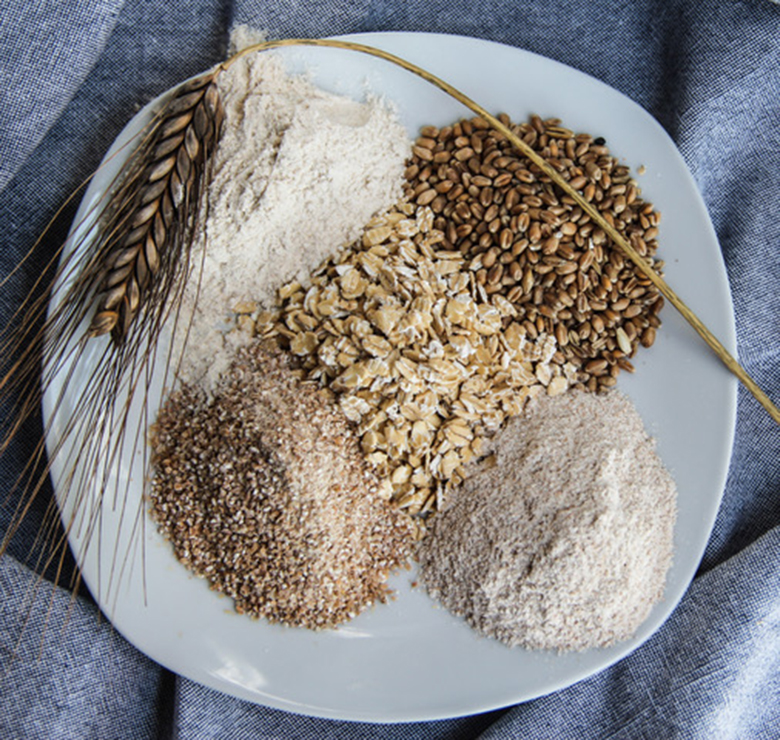 When Amber Lambke moved from Portland, Maine, to Skowhegan, she felt motivated to find ways to better her new community, 51% of whom qualified for federal nutritional assistance. The solution she landed on: grain.

When Amber Lambke, a speech pathologist practicing in Portland, Maine, decided to move to Skowhegan in 2001, many friends responded with incredulity: “What the heck are you moving up there for?”

Most people thought of Skowhegan as a “down-and-out town that’s dying,” Lambke says. About 51 percent of its 8,500 residents qualify for federal nutritional assistance, and poverty and joblessness plague many families. After the move, Lambke found that even residents themselves viewed their home in a despairing, negative light.

Rather than be off-put, Lambke felt motivated to find ways to better her new community. The solution she landed on: grain. Her company, Maine Grains, now mills over 1,000 tons of nutritious and delicious organic and heritage grains grown by local farmers in what was once a hub of grain production in the U.S. In the process of building her company, Lambke has created jobs, anchored Skowhegan’s downtown and become a symbol of business as a force for good. And on top of it all, city bakers have taken notice with her grains (the oats are guaranteed to make the silkiest, most scrumptious bowl of oatmeal you’ve ever had) being found at Balthazar, She Wolf and Union Square Café.

Maine Grains, now mills over 1,000 tons of nutritious and delicious organic and heritage grains grown by local farmers in what was once a hub of grain production in the U.S.

“In the early years, there was a lot of hope that a white knight would come in and buy old buildings and put lots of money into the town and solve all of our problems,” Lambke says. “It took a while to figure out that the best thing instead would be local people deciding what we want and rolling up our sleeves to build those things.”

For Lambke, the journey really began in 2005 when she volunteered with Main Street Skowhegan, a nonprofit downtown revitalization effort. She helped expand the farmers market from three vendors to over 20. In the process, she met Albie Barden, founder of Maine Wood Heat Co., a family-owned business that builds Le Panyol ovens, “the Rolls-Royce of ovens for bakers,” as Lambke puts it.

Barden told Lambke that his customers were hungry not only for fine, locally built ovens, but also for the locally grown grains of years past. In 1837, Maine’s Somerset County churned out 239,000 bushels of wheat—enough to feed 100,000 people. But with the opening of the Erie Canal, Maine’s small farms could no longer compete with the growing prowess of the Midwest. In 1956, Skowhegan’s last gristmill closed its doors. 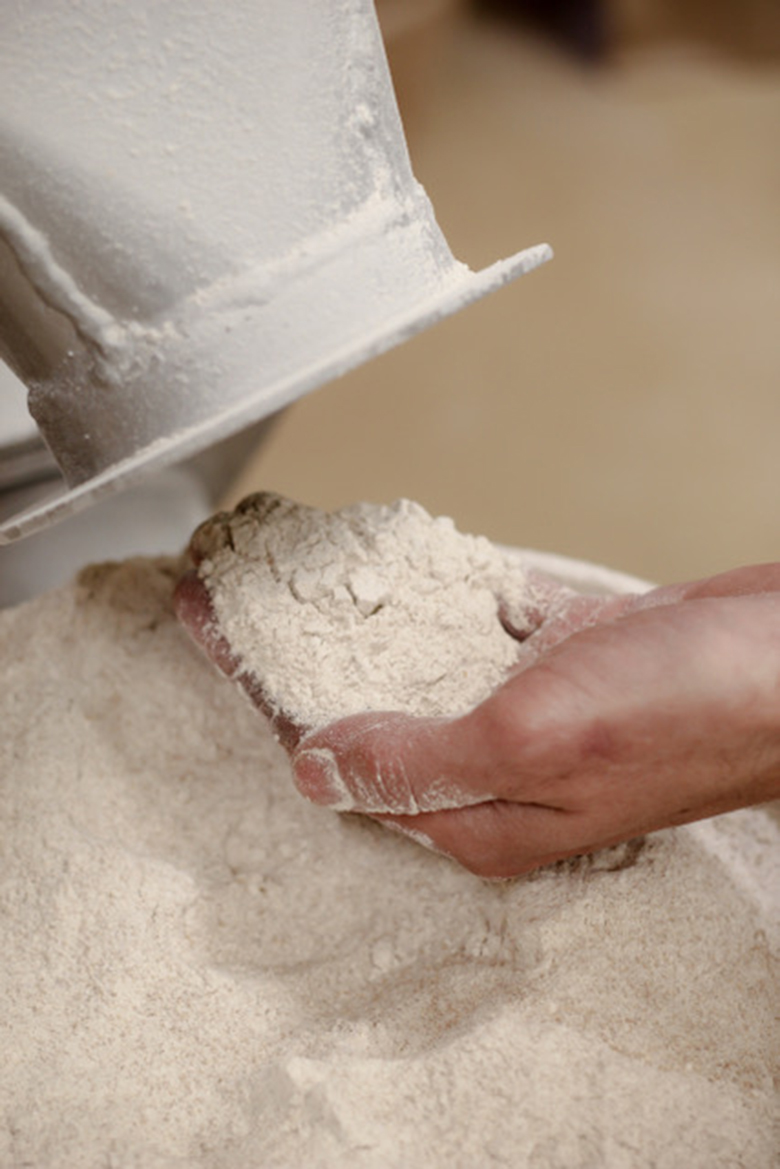 Maine Wood Heat Co.’s Albie Barden told Lambke that his customers were hungry not only for fine, locally built ovens, but also for the locally grown grains of years past.

In 2007, Barden asked Lambke to help him put together a grassroots gathering of farmers, millers, bakers and oven builders to brainstorm what it would take to restore the region’s grain-producing tradition. Known as the Kneading Conference, the annual event now attracts some of the world’s best bakers.

From that first meeting, Lambke and her colleagues saw grain as a means for growing multiple facets of Skowhegan society, and many residents enthusiastically agreed. “A lot of back-to-the-landers settled here in the ’60s and ’70s, and there’s a culture here that cares a lot about local food, gardening and do-it-yourself skills,” Lambke says. “Many of their children are now coming back in the hopes of farming and making a living here.”

All the pieces were in place for a grain renaissance, save one: a mill. At first Lambke tried to entice various artisanal millers in other parts of the country to open branches in Skowhegan, but after a year of trying, she realized that small mills weren’t interested in duplicating their efforts. Understanding that it would be her or no one, Lambke followed the bread crumbs to Kansas, one of two places in the world to learn formal flour milling (Switzerland is the other). In a five-story cinder block building at Kansas State University, experts taught Lambke the ins and outs of white flour milling. But while that industry-focused process gives flour a longer shelf life, it removes much of the flavor and nutrition. 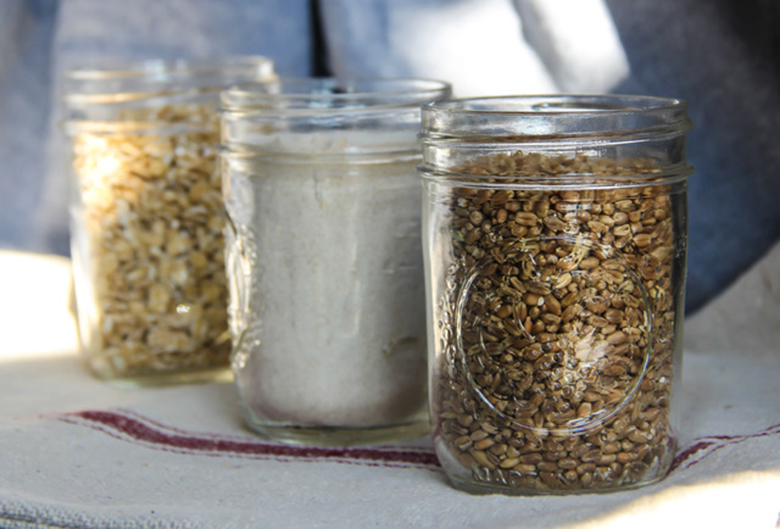 Barden and Lambke put together a grassroots gathering of farmers, millers, bakers and oven builders to restore the region’s grain-producing tradition. The annual Kneading Conference now attracts some of the world’s best bakers.

Lambke knew she wanted to produce stone-milled grains for their superior flavor, fermentation and health benefits, and she returned to Skowhegan intent on finding a site for starting a mill. After working in the multi-story Kansas State demonstration mill, she suddenly saw the old downtown jailhouse, a Victorian four-story brick block, with new eyes.

After two years of persistence, Lambke purchased the jailhouse and transformed it into a bustling business. By the end of this year, her 11 employees will have produced over 1,000 tons of fresh stone-milled grain rich in bran, germ and nutritious oils.

Sarah Owens, a James Beard Award–winning author and owner of Ritual Fine Foods, a wholesale and mail order bakery in Rockaway Beach, discovered Maine Grains in early 2018. She has not looked back since. Maine Grains’ various flours now provide “the signature flavor of my bread,” she says. “The way I ferment it and bake it also lends character, but I really think the flour is the true identity of bread.”

So honored to have received an award for Best Wholemeal as well as Overall Show Winner from @breadawardsusa! There was an immense representation of talent and I can only credit the farmers and millers from @mainegrains for providing my little bakery with the quality ingredients it takes to naturally leaven a winning loaf. Congratulations to others who received awards in their categories and what a fun night to wine and dine and meet other bakers! Can’t wait for next year! 🥖🥐🥖🥐🍞🥐🥖🍞🥐🥖🍞🥐🥖 Award Ceremony 📷: Henry Kenyon

Many of her customers immediately noticed the difference and asked Owens what accounted for her breads’ leap from great to truly excellent. She credits Maine Grains’ exceptional skill at milling. “Milling is an art and a craft, and Maine Grains really understand their craft,” Owens says. “Unlike standardized commercial flour, you can’t always mill the same way for these dynamic, seasonal products, and they adjust for that.”

The result is a medley of highly individual flours that have little relation to the bland, powdery white stuff found on grocery store shelves. “I think we’ve forgotten that wheat has a terroir,” Owens says. “We can talk about its flavors and aromas in ways that we could almost talk about a fine wine.” Maine Grains’ Heritage Red Fife Wheat Flour has a pleasing pink hue and a nutty, sweet flavor, for example, while the Heritage Øland Flour—the preferred variety of Noma in Copenhagen—is pale peach with an aromatic, creamy profile. “These notes of hazelnut, mushroom or whatever, they can really become very noticeable and can make your breads and baked goods very special,” Owens says. 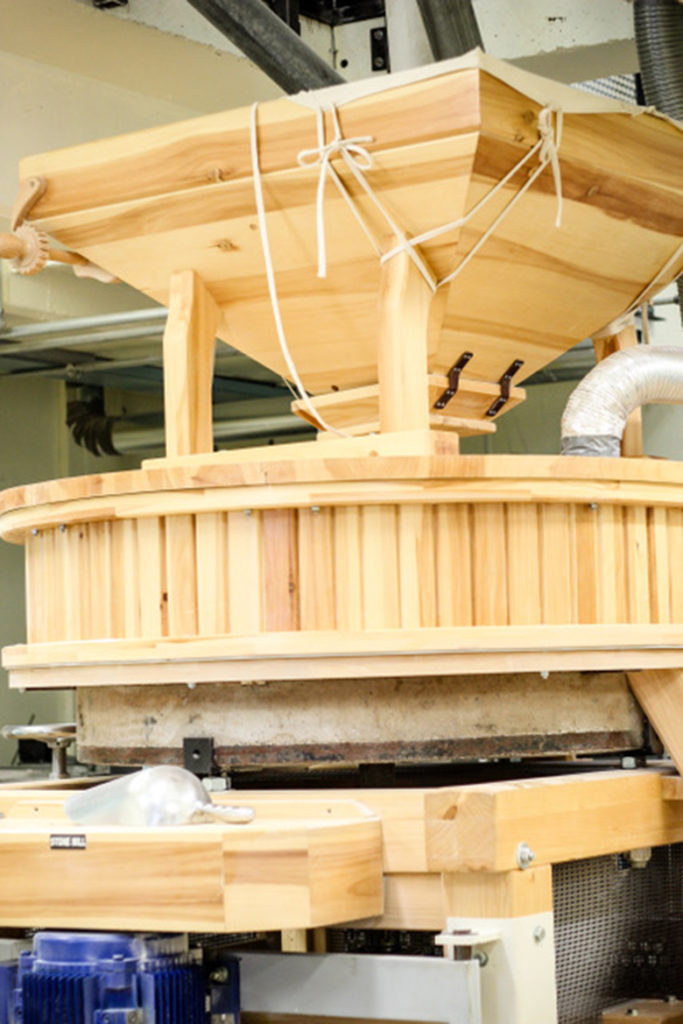 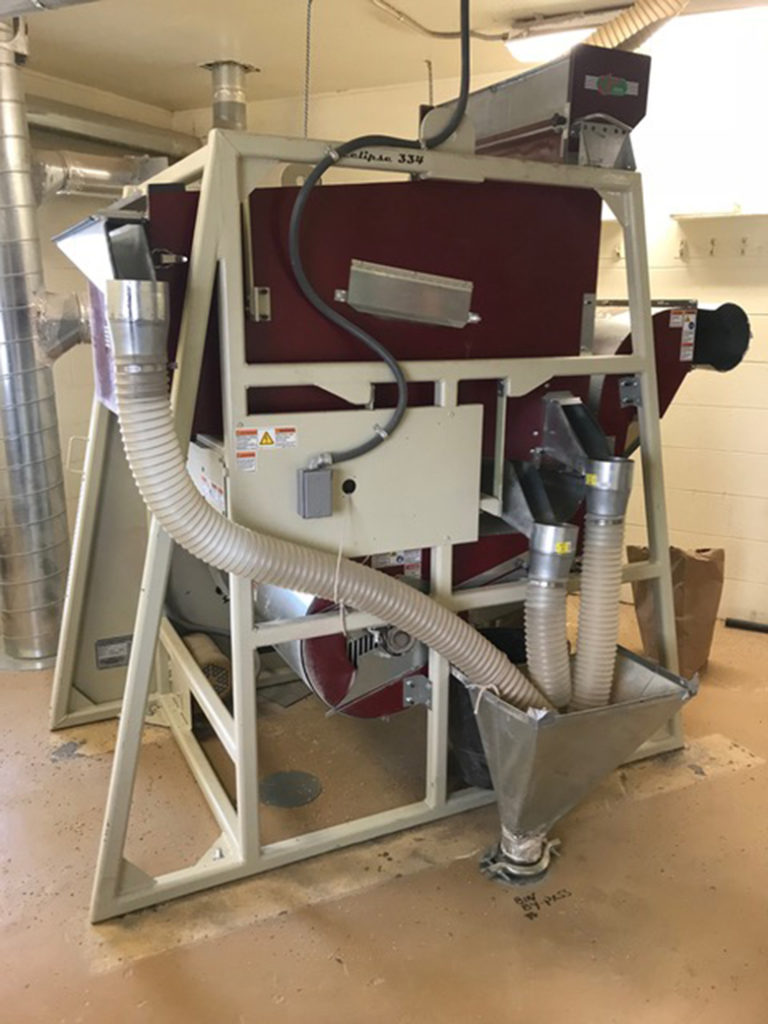 In addition to taking her bread to the next level, Owens also loves the idea of sourcing closer to home and supporting a local economy. Indeed, as Maine Grains has grown, so, too, have the benefits to Skowhegan. Spare rooms in the old jailhouse are occupied by a yarn startup, a new radio station and a café, while grain by-products support dairy and livestock farmers, compost companies and mushroom producers. A network of 36 farmers grow Maine Grains’ wheat, oats, corn, spelt, rye, buckwheat and heritage grains in rotation with other crops, and they’re also helping to build up seed banks for rare varietals, which should be available in a few years for bakers to experiment with.

Ten years ago, organic grain production in the U.S. was one-tenth of 1 percent. Now, it’s about half of 1 percent—still miniscule, but growing. For Skowhegan and other small towns with similar operations, though, it’s been huge. “We’re one of many stories across the country where pockets of restoration of small regional grain economies are happening,” Lambke says. “A movement is afoot.”

Maine Grains can be found at select NYC Greenmarkets and corner stores throughout the city. Products can also be shipped nationwide.