Looking Back on the Cupcake Craze, From the Inside

One writer on his time in the service industry, at the height of cupcake mania. 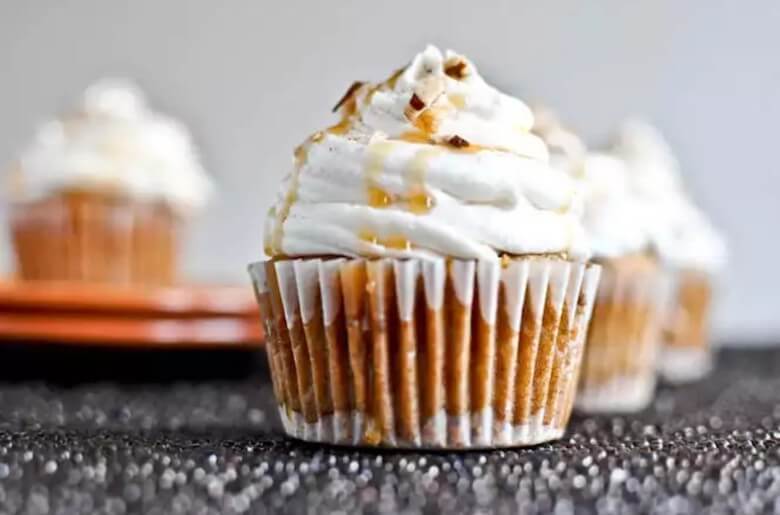 The cupcake had a clear heyday. Pictured cake not from the anonymous shop depicted.

I moved to New York to be a writer. In my underdeveloped mind, I was already an extraordinary author, despite the fact that I hadn’t even one byline to share on the carefully curated echo chamber that was my online — and I use this word lightly — presence. About three weeks into my move, I found myself mourning the loss of numbers (a three of them) in my bank account. I hadn’t published anything yet, nor did I have any leads as to where I could submit my work, so I found a job on the only online resource I knew back then: Craigslist. This is where I found the listing to the cupcake store.

Initially, I was attracted to high hourly wage of $12.50 per hour but quickly swapped that out for other vices; it was an institution funded by the obscenely rich who drooled tourists spending $12 for a box of grossly overpriced (albeit pretty tasty) cupcakes who acted like they had never seen a baked confection before.

2011 was the height of the cupcake phase: Crumbs, Magnolia, Sprinkles, and the one I worked at in Times Square. We got type of customers you’d expect at a midtown tourist attractions: groups of Asian tourists with massive cameras, rotund out-of-towners who’d slowly—very slowly —ask me the flavor of each kind of cupcake, drunken fools who’d purposely hang around the store minutes before closing.

As the groupthink for cupcake-mania expanded on the inside, the effects of said condition made its way up the chain of keyholders, store managers, senior store managers, all the way to the corporate office in SoHo. From the looks of the layout, I assume the entire floor used to be some artist’s loft in the early ’80s; an open floor filled with customer service reps, a tiny kitchen decorated in cheap tie-dye, and the office of the CEO. She was one of those young CEOs who all somehow manage to make the same mistakes; overspending on office furniture, etc. She operated on what I assume was the level of pre-worst-president-in-history Trump: disconnected, conceited, and calculated. She was one of those owners who was “best friends” with all of her employees and insisted they were not a company but a family.

Her underlings looked up to her because anything less was the subject of paranoid scrutiny. You had to emulate her faux-enthusiast, saccharine, GOOP-in-human-form self or you would never fit in. I saw a Christmas where she bought every store manager an iPhone… all except one. She’d never close her stores during holidays, told an employee to deny her subordinate a vacation request, and once told the same employee to phone all of her co-workers to make sure the employee had gone to the hospital in tears wasn’t faking it.

As the company expanded (I saw three new stores open in the year I was there), the buzz surrounding the place snowballed. Not once, but twice the store was taken over by news crews exposing the “hot new trend” in baked goods! Crowds pushed their way through the doors to buy cupcakes: lunchtime cupcakes, bachelorette party cupcakes, unimportant person at work’s birthday cupcakes, rich guy party cupcakes. There was always an occasion for these cupcakes and we were there for all of them.

The longer you spend time with people who want to please their bosses, you get stuck in this infinite loop of positive reinforcement about a job you don’t necessarily care about. But here’s the thing: it works. As I continued working at the shop, I memorized every fact there was to know about these cupcakes: each one is under 50 calories, they’re shipped from a factory in New Jersey, there’s a special new cupcake that comes out every month—nope, we’re not told what flavor they’ll be in advance. Working shifts lasting up to 14 hours six times a week infected me with a sugar-sweet case Stockholm Syndrome. All of my friends were my coworkers. The world wasn’t going to break up with cupcakes until the Cronut, but that was years away.

In the end, it took someone close to dying to pick up and leave the cupcake shop. If it hadn’t been for that death, I am positive I would have stayed at this place for another year; bopping around from shop to shop, making my way up the chain to store manager, social media intern, social media coordinator, social media manager, etc. Instead I got a second chance and now currently work as a writer… not the sloppy wannabe-Bukowski I first envisioned, but the kind of buttoned-up corporate I’d-never-work-in-a-cupcake-shop type guy. In the end, I could say something cheesy about how working customer service prepared me for collaborating with clients, but that’s stupid: My worst client never berated me for selling him baked goods made in a shop that handles peanuts and peanut-adjacent ingredients.